Warframe to Make a Big Reveal at PAX East

The F2P Third-Person Space Ninja shooter Warframe, from the Canadian based Developers 'Digital Extremes' (DE) will be hosting their second 'TennoLive' event, during PAX East on March 6th they said in a press release. The first TennoLive was held last year at Gamescom where DE revealed one of their upcoming major gameplay features 'Archwing'. TennoLive will be Live-streamed on Twitch as well as having an on-site audience. 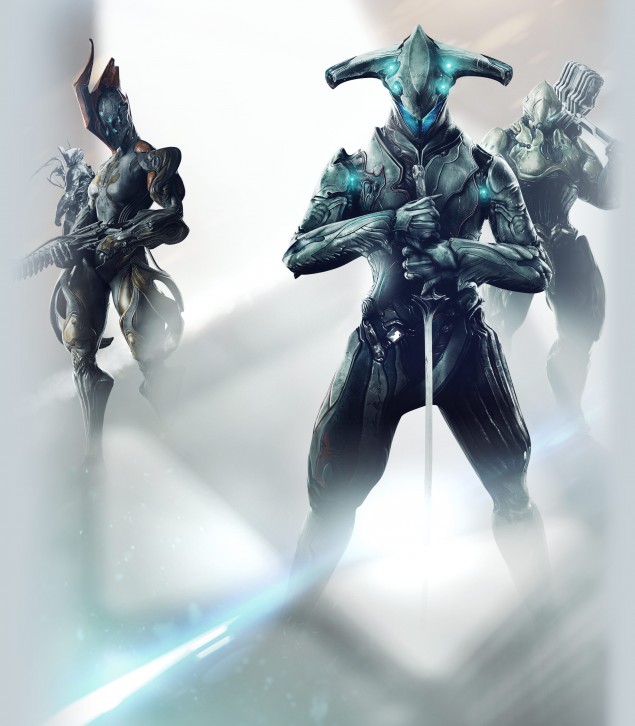 Warframe launched its Closed Alpha back in early 2012, and at that time it was mostly for family & friends. During October 2012 they slowly started to transition into Closed Beta, and finally during March 2013 they entered their Open Beta phase. Now the game is still branded "Beta" to this day, and it might be so for some time according to the DE. Since they often revamp gameplay mechanics and such, one example would be that they revamped the entire Damage system back in 2013 to "Damage 2.0", and they have since made a few other "2.0" revamps.

Since transitioning into Open Beta Warframe has gotten a total of 9 Major patches such as "Update 15", which are the major content milestones  you could say. In between each Major patch there are countless of smaller patches (15.xx) with minor content additions, such as new weapons, new enemies and the occasional new map Tileset as well as Ingame Events that usually come with Rewards for the players in the form of new Mods (mods are used to alter stats on your equipment) etc.

These smaller patches or just regular old hotfixes roll out every single week, "Patch day" is usually Wednesday's and obviously hotfixes can roll out at anytime of the week. The next major patch is Update 16, which will be brining 8 Player Raids amongst other things. In DE's own words from their Developer Live-Streams that are held every other Friday, Update 16 is "Right around the corner" and coming "Soon™". If you want to check out the Evolution of Warframe I'd suggest you head on over here and have a look at that info-graphic from November last year.

Only 6 days until the @PlayWarframe Tennolive event at PAX East. There are whisperings of some big reveal...

Now as for the Big reveal itself during TennoLive, I can only speculate, but during previous Dev-Streams DE has mentioned that they might be shaking up one of the "Endgame grinding" places, aka "The Void", and that an age-old enemy might be returning. The former has already started to happen, some of the resources you need to improve your equipment (Fusion Cores) have already been shifted out into some of the Normal missions on the Star Chart. If it's the latter then in all likelihood it is going to be the return of the Faction/Race called "The Sentients", which according to the little Lore that Warframe has, was the main enemy which the Tenno (you the player) fought thousands of years ago. But hey It could be something else entirely that they have not talked about before.

Warframe is currently out on PC, PS4 and XB1. With PC as the leading platform meaning that the console versions are usually behind on the updates due to Sony and Microsoft's Certification process. If you haven't tried Warframe and you like to shoot stuff, I'd suggest checking it out. It won't cost you a thing to at least check it out. In my personal opinion it's one of the few F2P titles that does the Free part right, with a few exceptions. If you already are playing Warframe, what are your thoughts on U.16?