Yesterday, Oculus' Palmer Luckey has teased on Twitter a new VR card game that was going to be announced soon. This tease got more than a few players excited, as it's been said that the game is  the most tested experience at Oculus Studios. Today, this teased game has finally been revealed in full. 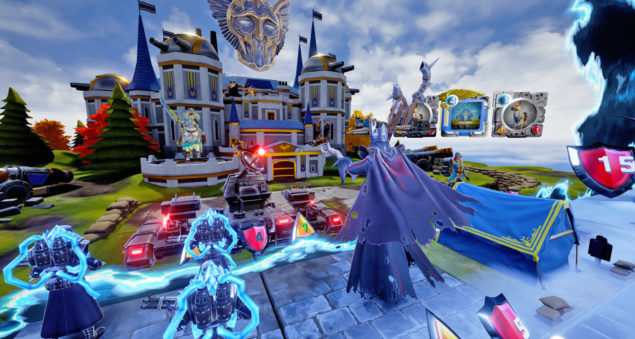 The new VR card game will be named Dragon Front. The game, which is currently in development by High Voltage as an Oculus exclusive title, will be a turn based card game that seems to have been inspired by one of the more popular trading card games around, Magic: The Gathering. In Dragon's Front, players will draw from a customized 30-card decks, arrange them on a 4x4 grid, and try to defeat the opponent. Dragon Front will come with a single player mode as well as a multiplayer mode, so there will be no lack of adversaries.

Dragon Front also promises to keep players occupied with plenty of content. With four factions to choose from, a variety of offensive and defensive maneuvers, buffing and debuffing spells and 250 cards, players will spend quite a long time to find the play style that suits them best. VR doesn't really seem to add a whole lot to the experience, but it will surely make it more immersive than other similar games now available on the market.

A trailer for Dragon Front has also been made available, and you can check it out right below.

Dragon Front is currently in development by High Voltage as an Oculus exclusive game. We'll let you know more about this VR card game as soon as more comes in on it so stay tuned for all the latest news.