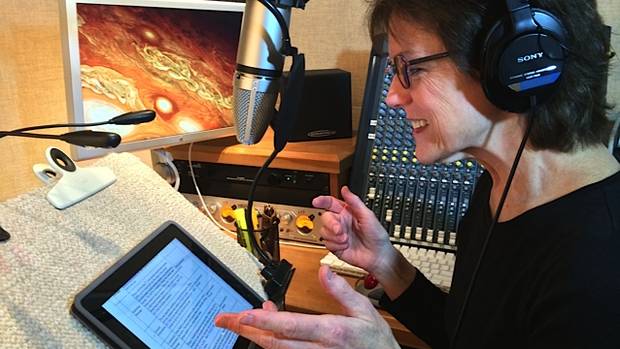 Siri premiered on Apple with the iPhone 4s in 2011 and at that time, iOS was at version 5. The voice behind Siri on iOS 5 was the voice actress Susan Bennett. In an interview with Typeform, Bennett spilled a few beans about her experience being the original voice behind the popular Siri voice assistant.

The interview features audio of Bennett's voice, which will sound familiar to listeners. Bennett delved into sharing her first moments when she took up a new project in 2005 for a text-to-speech company - ScanSoft. She was told that the project was for a phone messaging program, but it later turned out to be the development ground for Siri. The first iPhone (4s) with Siri debuted two years after the project started.

Bennett's contribution to Siri was not a cakewalk. She was asked to recite "nonsense phrases". Even the male voice actor behind Siri, Daniel, also revealed a similar training process that he went through for recording his voice for Siri. ScanSoft ultimately announced a merger with Nuance, which is the guiding force behind Siri's voice and speech capabilities. The entire project was kept under wraps, so even Susan and Daniel had no idea about Siri.

The partnership between ScanSoft and Bennett did not last for long. Bennett was hired on an hourly wage, and she was later offered a five-year contract, but she refused it due to lack of creativity in the project. Well, we can't blame Bennett, parroting lines leaves no window for creativity at all. As she described the project as "the complete opposite of creative".

It was only after Siri's release when Bennett realized that every phrase that she said, geared Apple with "all of the sounds of the English language." These phrases allowed Apple to "reform them into new phrases and sentences," as stated by Bennett.

Not just her work at ScanSoft, Bennett also revealed the mystery behind Siri's name. She explained that former Apple employee, Dag Kittlaus, who was a co-creator of Siri, planned to name his daughter Siri but he got blessed with a son instead. Kittlaus then decided to use the baby girl name for his creation - Siri.

In Norwegian, the word Siri means “beautiful woman who guides you to victory.” Of course, we know better, she’s the feisty chick who tells you where to go, right. But, Dag and his wife were expecting a child, they thought it was going to be a girl, and they planned to name her Siri. But when the baby arrived it was a boy. So they gave the name to the app instead. And that’s where Siri got her name.

Surprisingly, Bennett found out that she was the voice behind Siri on the iPhone 4s, after two years. She initially found the discovery to be "a little creepy". Bennett kept quiet for two years and then she made the big revelation at a CNN interview in 2013. In the same year, Apple removed Bennet's voice from Siri and replaced her with someone else for the revamped of iOS 7 update.

Reflecting back on old times, Bennett admitted that everything eventually turned out to be perfect for her. Association with Siri opened up a new world of opportunities for her. Bennett introduced Steve Wozniak at the 2013 Dallas Digital Summit, and she also presented a TED Talk in 2016.

To read the full interview of Susan Bennett on Typeform - click here.