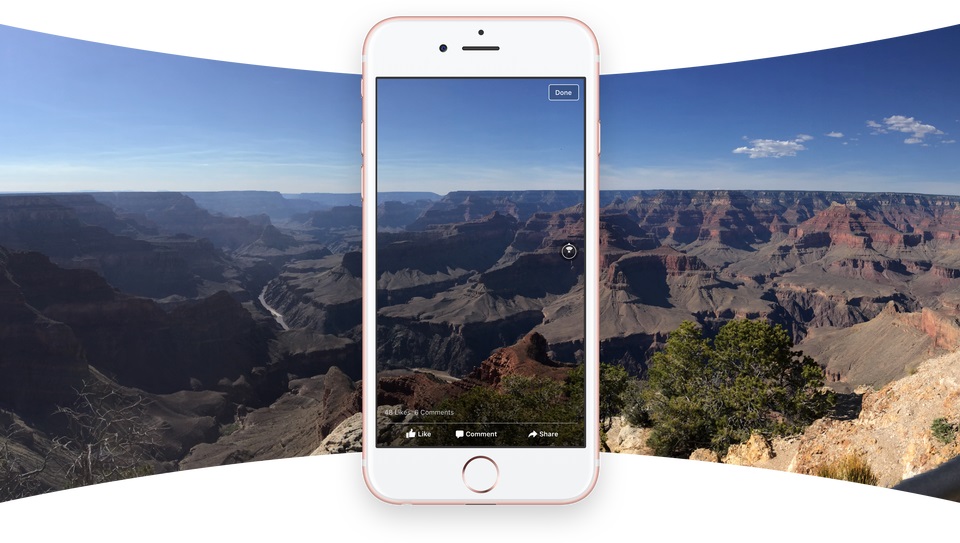 If your Facebook app is not updated automatically, go to your host app store and update it manually. Facebook's 360-degree photos support is really similar to the company's 360-degree videos in terms of viewing as well as posting. If you have already viewed a photo, you might have experienced the wonders derived from it. So follow the step by step instructions enlisted below and post 360-degree photos on Facebook.

The first thing that you need to do is launch the camera app on your smartphone.

Once you're in the viewfinder mode, toggle the necessary tools and shift to panorama mode. For instance on iPhone, you can simply swipe your fingers to the left until you see the 'Pano' mode.

Take the picture of whatever interests you or anything that you want your friends to see on Facebook. It could be anything, from a scenery to your room.

Once you're done taking the picture in the panorama mode, simply upload the image as you normally would. That's right! No special actions are required for Facebook to recognize the image as a 360-degree photo.

You have successfully posted a 360-degree photo on Facebook. To view the image, simply go to your Timeline or the News Feed and tap the photo you just posted. You can also recognize if a photo is 360-degree by a compass sign displayed on the right side of the photo. You can then drag and swipe the photo to see the entire 360-degree view. You can also move the photo by moving your smartphone. It's this simple. 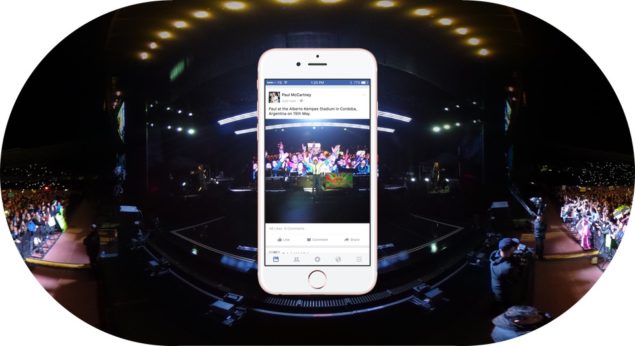 For those of you with a VR headset, upload the 360-degree photo of Facebook and open it in full screen. Now, on you Samsung Gear compatible phones, you will see a "View in VR" button on the top left corner of the display. Simply tap it and put your phone in the Gear VR headset. You will now be able to view 360-degree photos in virtual reality.

The process is fairly simple. If the 360-degree photo support has not rolled out in your region yet, wait for it to happen. As for now, what do you guys think about this? Would you give it a try? Let us know in the comments.