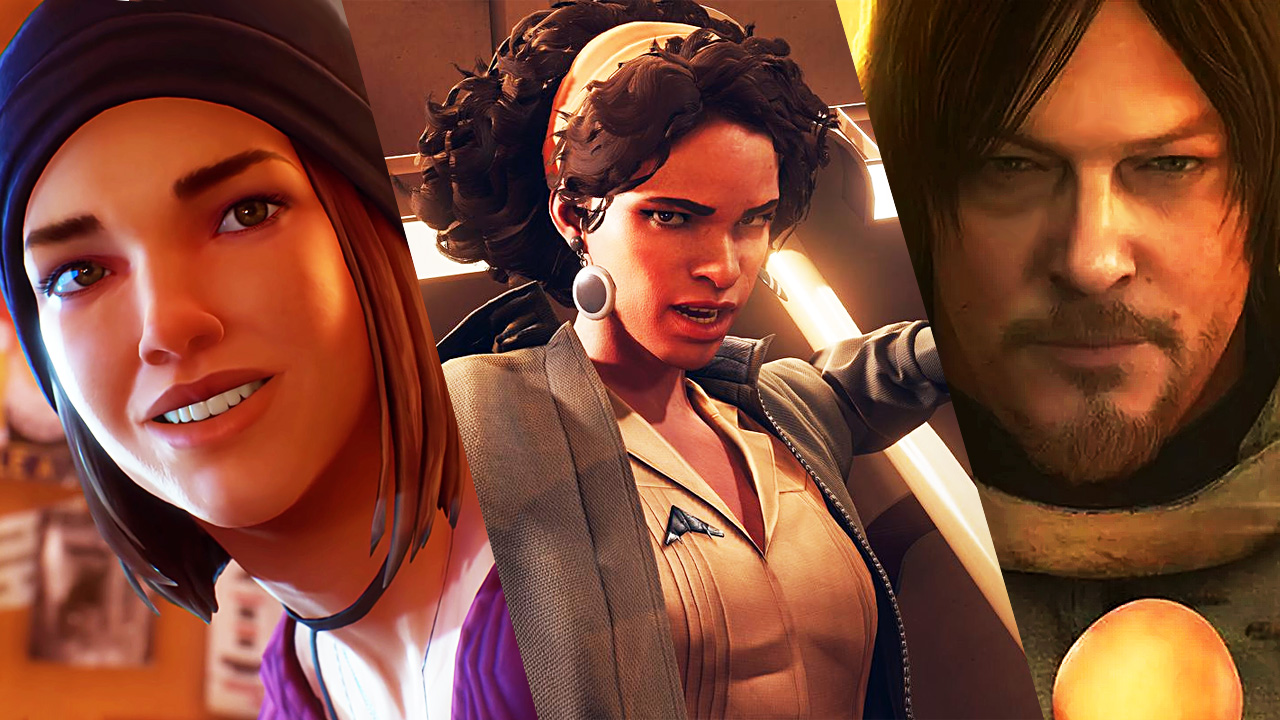 September may be the busiest month I’ve seen since I started writing these articles, with a wide array games both big and small. PlayStation owners can look forward to a couple big exclusives in Death Stranding Director’s Cut and Deathloop, RPG fans get Tales of Arise, adventure fans get Life is Strange: True Colors and Lost Judgment, and the virtual basketball season kicks off with NBA 2K22. On the indie front, a number of long-awaited games arrive, including Kena: Bridge of Spirits, Aragami 2, and Sable.

That said, here are the games you should be looking out for in September…

Another year, another round of roundball with the sure-to-be-popular NBA 2K22. The “next-gen” PS5 and Xbox Series X/S versions of NBA 2K21 laid a solid foundation, now we’ll see if NBA 2K22 can start building a dynasty. Pre-order the game here.

After an unusually-long 5-year gap in releases, Bandai Namco’s beloved Tales series returns with Tales of Arise. Boasting impressive Unreal-Engine-4-powered visuals and revamped action-based combat, it looks like Tales of Arise could take the series to the next level in terms of popularity. Need to know more? Check out Wccftech’s hands-on preview. Pre-order the game here.

Deathloop can be hard to describe, but it’s the latest game from Arkane Lyon (Dishonored, Prey) so it gets the benefit of the doubt. Imagine Dishonored meets Zelda: Majora’s Mask meets Dark Souls, and you have the basic picture. You play as an assassin, Colt, who must take out eight targets within a limited time period, and if you fail, everything loops back around to the beginning. To make matters more complicated, other players can also invade your game and try to assassinate you. We’ll soon find out if Arkane has another cult hit on their hands or if they got too clever for their own good. Pre-order the game here.

The most beloved action-RPG of all time returns with Diablo II: Resurrected. Expect the classic hack ‘n’ slash gameplay you remember, with updated graphics, improved online play, quality-of-life tweaks, and full support for those playing on controllers. Blizzard has been mired in controversy as of late and some (including the game’s creator) are understandably choosing to forego Diablo II: Resurrected, but the game looks like a solid trip to hell for those who do indulge. Pre-order the game here.

Death Stranding was a divisive game, to say the least, but with this Director’s Cut, Hideo Kojima aims to make the game bigger, weirder, and more accessible than before. Expect a number of changes to make delivering packages less tedious, paired with upgraded graphics, new Metal-Gear-Solid-style missions, and much more. Death Stranding Director’s Cut may be a package you’re interested in even if you weren’t sold on it the first time around. Pre-order the game here.

The makers of Yakuza deliver another hot-blooded courtroom drama with Lost Judgment. Players once again take on the role of ex-defense-attorney, now-private-eye Takayuki Yagami in a story that promises to be both darker and wackier than before. Also, remember -- Judgment is now Ryu Ga Gotoku Studio’s action series, so if you want to judo throw some goons, this game -- not the latest Yakuza -- is the one for you. Pre-order the game here.

Hey look, New World appears on yet another one of these lists! Amazon’s long-in-development MMO New World finally launches in September (hopefully), and after several missteps, it seems the company’s gaming division may finally have a success on its hands. In addition to traditional MMO fare like 5-player co-op dungeons (called expeditions), New World also has a unique territory control element, with different factions vying for supremacy and taking part in huge 50 vs. 50 War Mode battles. Check out some of Wccftech’s hands-on coverage of the game here and here. Pre-order the game here.

Jump into Eastward and explore a lushly-illustrated post-apocalyptic world with plenty of Earthbound-style quirky charm, do battle with a variety of unique weapons, and cook up some tasty dishes when you have a moment. There are more than a few charming 2D indies out there, but Eastward looks to be a particularly lovingly-detailed example of the form. Here’s the Steam page for Eastward.

More heads are about to roll, as the critically-acclaimed stealth-action game Aragami gets its first sequel this month. While Aragami 2 doesn’t exactly reinvent the wheel, it provides a lot more ways to get around, new weapons for your deadly arsenal, and 3-player co-op (the previously game only allowed two people to play together). Nothing strengthens a friendship like a little cooperative backstabbing. Here’s the Steam page for Aragami 2.

Kena: Bridge of Spirits casts players as the titular Kena, a spirit guide on a quest to help lost souls and bring her world back to life. Kena be aided in this mission by her magical bow and packs of cute little critters known as the Rot, which she can command in a variety of different ways. Ultimately though, what really sets Kena: Bridge of Spirits apart is that it looks really, really good. I usually don’t put graphics on that high a pedestal, but when your game looks like a playable Pixar film, I take notice. Here’s the Epic Games Store page for Kena: Bridge of Spirits.

And here we have another game that proves indies aren’t just about 2D platforming and pixel art. Inspired by French comics legend Moebius, Studio Ghibli, and more, Sable is a gorgeous cell-shaded open-world adventure that indie fans have been drooling over since it was announced back in 2018. Will its gameplay match up to its visuals? We shall see, but even if it has some flaws, the beautiful scenery should make Sable a trip worth taking. Here’s the Steam page for Sable.

Is it still possible to innovate with the first-person shooter? Lemnis Gate gives it a shot, as it’s a shooter that takes place in turns, with each participant having 25 seconds to position themselves, blast somebody, ect, with all actions taking place simultaneously. You then watch the results and move onto the next 25-second turn (there are 5 turns in total). The concept is a bit hard to wrap your head around until you see it action, so do check out the video above. Here’s the Steam page for Lemnis Gate.

And those are the games you should be keeping an eye on this coming month. What games are you planning to pick up in September? Did I miss anything you’re looking forward to?