Oculus VR  has just took the covers off its latest offering; the Crystal Cove. The new prototype of the company's Oculus Rift virtual reality headgear improves upon the original many meaningful ways. As reported earlier, it reduces motion blur, causing motion sickness in some people, by using a new OLED display. 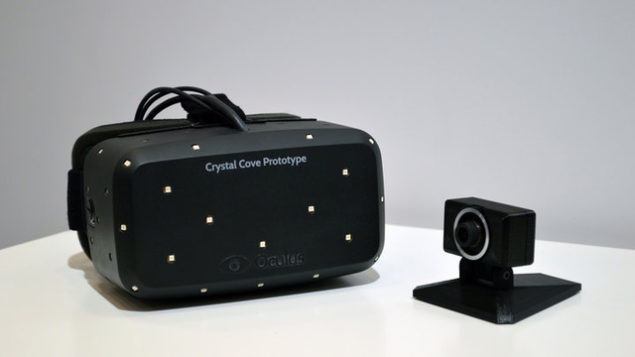 Original Story: After being showcased at CES 2013, Oculus Rift virtual reality head-mounted display attracted a lot of attention. Oculus VR, the developer of Oculus Rift started a Kickstarter campaign for development of revolutionary gaming peripheral and successfully raised the funding to $91 million. Oculus Rift is still in its development stages and there is no ETA on the release of its consumers' version but the headset would available in local stores before the end of this year and the developer has announced that a new version of the Oculus Rift would be showcased at CES 2014. 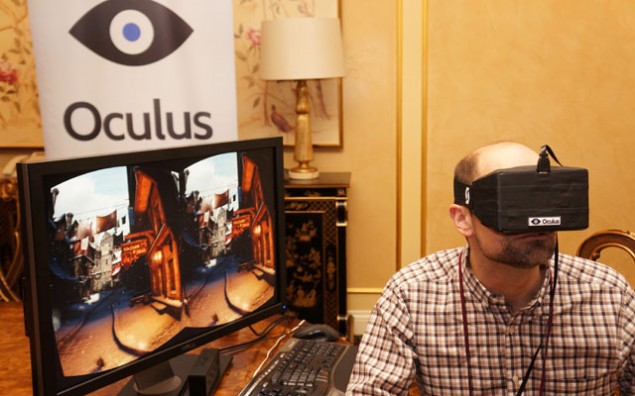 With CES 2014 taking place this Tuesday in Las Vegas, various major electronics developers and manufacturers are getting ready to showcase their new products. One of the most awaited and foreseen gaming product is Oculus Rift virtual reality headset that is aimed to revolutionize the gaming industry. Virtual reality is mainly seen as the future of gaming, the idea and thoughts of virtual reality have long existed but this is finally the first time that the technology is emerging as a proper actual platform. Rumors have been floating around that after the reveal of Oculus Rift, few other manufacturers are also working on virtual reality related gaming peripherals but Oculus Rift is mainly pioneering the new era of gaming.

Several different versions of Oculus Rift with slight changes have been tested during its development and eventually it seems that Oculus VR has developed a proper latest version of the Oculus Rift virtual reality headset. Tom Forsyth, the Software Architecture at Oculus VR and former Valve employee, confirmed via his Twitter account that the latest version of Oculus Rift virtual reality headset would be showcased during this years Consumer Electronics Show. Forsyth also said that the feedback of demo participants would be really helpful for the company.

We're showing the latest Rift kit at CES. Should be pretty interesting. I'm looking forward to the feedback.

Oculus Rift virtual reality headset opens up a whole new world of games for the user but the platform still has initial flaws and imperfections that should be fixed before the headset is rolled out into the market. Oculus Rift's latency issue is the main cause of the product's flaws, this leads to motion sickness and dizziness. This is why Forsyth said that the company would be looking forward to participants' feedback.

The founder of Oculus VR, Palmer Luckey, recently said that he believe the company has found the required fix for Oculus Rift's latency: “The stuff that we’re doing in the lab right now, we think that we’ve got latency basically solved,” said Luckey “We think that, for the consumer launch, we’re going to be able to get latency to the point where it’s not even an issue–it’s a completely nonexistent issue, completely beyond the level of human perception.” 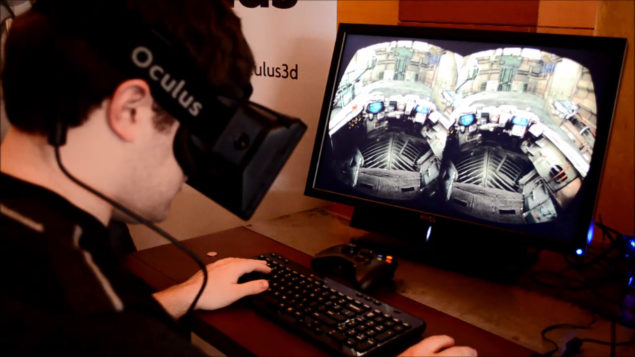 Forsyth did not say anything about the changed and new features that would be available in the latest version of Oculus Rift virtual reality headset, so it is possible that the team has fixed the latency issue in the new version of the headset. When asked about the new/changed features, Forsyth had this to say.

@renderpipeline Might be. We tightened up the graphics on level 3.

Oculus Rift is currently the most discussed topic in the gaming industry and in gaming community over the internet. Company's has raised over $91 million in revenue and is currently the only one major player in the field. There are rumors that Sony and Valve might jump into into field of virtual reality but nothing is confirmed yet. Oculus VR has not announced any specific release date for the Oculus Rift virtual reality headset, although the product would possibly hit the market in late 2014. Oculus Rift development kits are available for $300, if you can not wait further more to check out the VR headset, grab one of the development kits now and test this incredible technology.