The Steam Machine has been quite the gamble for Valve. There has been a lot of criticism regarding even the idea of another disparate operating system and dedicated gaming machine in an already large field of competitors, as well as a few delays. Despite that, however, Valve seems to have sold out all of the pre-order units for their Steam Machines. 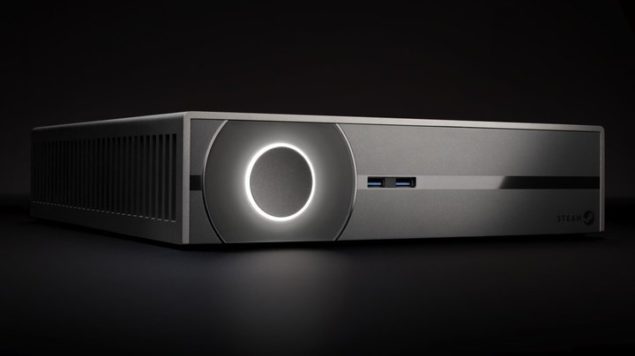 Valve sells-out completely for all pre-order units of Steam Machines in less than one month.

It turns out that they're concept is far more popular than we might have though. Though we don't exactly know how many units they've sold yet, it's not much of a reach to think that the OEM's that were ready and had a decent amount of stock. The Alienware Alpha itself, one of the pre-order hardware options, already exists physically so only needs the installation of the SteamOS to be complete.

Before today you would have been able to receive your Steam Machine early had you pre-ordered, as soon as October 16th, but now that date has been pushed back to the actual release date of November 10th. But that isn't necessarily a guaranteed reception date either due to limited supply.

The Steam Machine is certainly an interesting and ambitious idea. The very notion of running a custom Linux-based operation system to provide a complete gaming experience as a dedicated console-like gaming machine is rather outlandish. Another platform for developers could mean longer development times, more delays and possibly even more horrible ports to come. It could also spark innovation, however, and induce a level of quality not always seen.

But what is it really competing with? Consoles are a $55 billion industry with a lot of support and promotion. PC's have their purpose and are far more capable. A Steam Machine isn't a PC and we're not sure if there will be more features to differentiate itself from consoles or even PC's. We can already play PC games on our TV's through a variety of means, some much more powerful than a console-priced Steam Machine. Most games are also eventually playable on all platforms as well. This seems almost like a new console, a bid to move into a saturated market.

I've already reviewed the utility of a small PC for gaming, and I think it has utility, but does this concept truly have the weight to change the industry and become something? Certainly a lot of people are willing to take that chance and be pioneers for us. Whether or not SteamOS and the Steam Machine is going to be successful is unknown, but Valve is sure betting a lot and selling a lot more.