Got a game in your Steam library that reminds you of a horrible decision that you made by spending your hard earned bucks on an awful game that it is? Or maybe you just want to clear things up by getting rid of some games that you are all done with and no longer want to see in the list. No problem, Valve has got you covered. The company has finally introduced a new, much-needed feature to its popular Steam game distribution client. It allows users to permanently remove those unloved video games from their account. 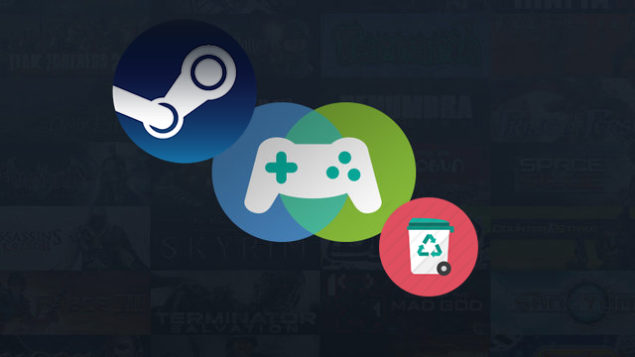 Putting your Steam library in order by completely wiping out unwanted games and other purchases has always been a problem, but no more. After years and years, Valve has finally added the option to permanently remove game content from your library. With Steam turning into a behemoth of digital PC video games market place, and players buying just about anything that seems to be interesting at the time, a feature such as this was long-needed, as it allows users to remove their regrettable purchases from their library for once for all, or simply permanently delete the games that they no longer play.

Of course, removing game content doesn’t mean getting a refund. So clearly, the new feature will only ease your pain by taking those unloved games away from your library forever, not by getting you the bucks you spent on them back. Apparently, almost all games or additional content can be removed, however, games that came in a bundle purchased either on or outside of Steam (such as Humble Bundles) won’t be removable individually, according to reports. Instead, players will have to let go of the entire game bundle.

Follow the steps below to permanently remove/delete a game from your Steam library. 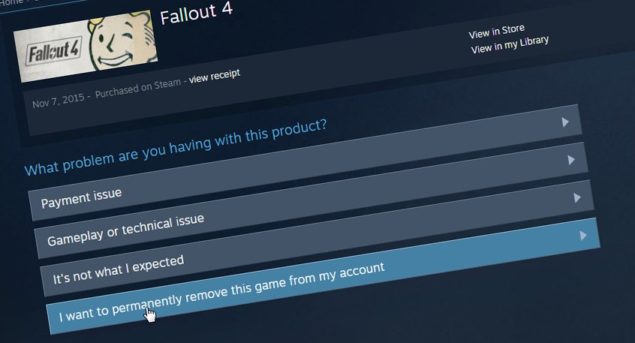 And that’s it. The game won’t show up anywhere in your Steam library until you buy it again for some reason. Valve suggests that you uninstall the game you want to remove from within the Steam client before removing it from your library. This will save you the trouble of uninstalling it manually from your PC’s hard drive later. In case you didn’t know, Valve already offers “hide” feature for your game content, so if it’s not that bad and you just want your library to Steam look clean, you can hide games that you no longer play.