Valkyria Chronicles Remastered Launching In The West This Spring

A couple of days ago, SEGA teased on its official Twitter account news about the possible release of Valkyria Chronicles Remastered in North America and Europe. A few minutes ago, the Japanese publisher has finally confirmed that Western players will be able to play the game in English in just a few months. 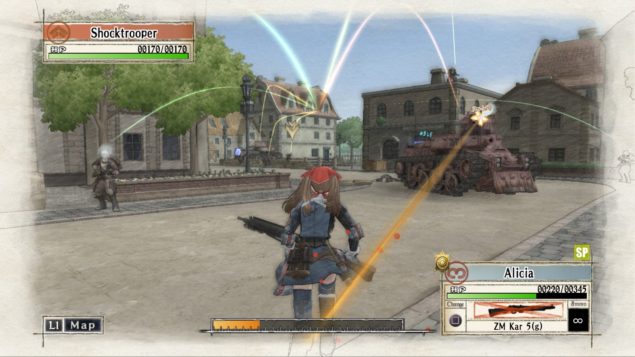 Valkyria Chronicles Remastered will be released in North America and Europe physically and digitally sometime this Spring, with a limited number of launch copies coming with a very nice extra, a collectible Squad 7 Armored Case, in North America. The game will run in 1080p at 60 frames per second and it will also include Japanese and English voice acting, all additional content released for the PlayStation 3 version as well as Trophy support, something that was not present in the original release.

In the world of Valkyria Chronicles, the year is 1935 E.C., and the continent of Europa has been plunged into the Second Europan War between the Autocratic East Europan Imperial Alliance — also known as The Empire — and the Atlantic Federation over the precious resource Ragnite. The Empire is sweeping through the continent like an unchecked wildfire and has its eyes set on the rich Ragnite deposits of the Principality of Gallia. Although peaceful Gallia remains neutral in the conflict, its citizens will need to defend home and country against the inevitable invasion. Players follow Lieutenant Welkin Gunther and the vaunted Squad 7 of the Gallian Militia as they take on the seemingly insurmountable forces of the Empire.

The Japanese version of Valkyria Chronicles Remastered, which will be released on February 10th, will come with a playable demo for the new entry of the series, Valkyria: Azure Revolution. As the game has yet to be confirmed for the West, it seems like the demo will not be included in the North American and European releases.

Valkyria Chronicles Remastered will be released in Japan on February 10th on PlayStation 4. The game will hit North America and Europe this Spring.