Updating iPad Pro To iOS 9.2 Might Fix The Unresponsive Issue

If you own an iPad Pro, you must have bumped into a situation where the screen becomes completely unresponsive and turns black. Mostly, this happens when users either fully charge their device or leave it overnight. Previously, we have discussed a temporary fix to the issue. We mentioned that if you force restart your iPad Pro, the tablet would return to its original state. However, it looks like Apple has addressed to the issue in the form of an update, which we will be telling you later on. 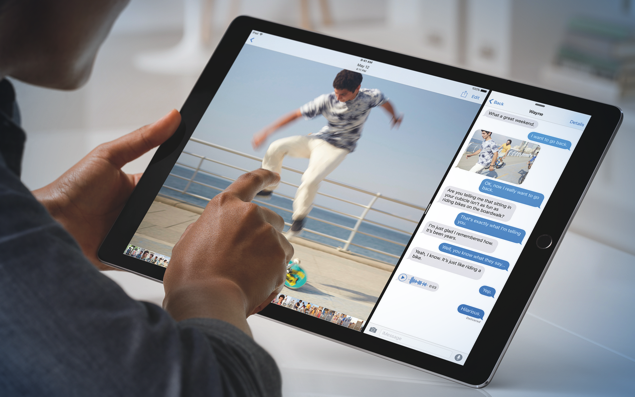 iOS 9.2 Might Fix The Unresponsive Issue On iPad Pro

The iPad Pro becomes unresponsive from time to time. The issue has been around since the debut of the gigantic iPad Pro. However, if the problem persists in your iPad Pro, it is advised to update it to iOS 9.2 if you have not already. The update should resolve the issue as per the new Apple support document.

iOS 9.2 was publicly rolled on Tuesday, boasting a bunch of bug fixes and enhancements. Moreover, the update there were several other improvements like Safari View Controller, NumberSync for AT&T users and a lot more. The plus here is that the update also might fix the unresponsive issue on the iPad Pro.

To get back to using your iPad Pro, force restart it by pressing and holding both the Sleep/Wake and Home buttons for at least ten seconds, until you see the Apple logo.

Updating your iPad Pro to iOS 9.2 or later might prevent this issue from occurring in the future.

Do take note that the support document says that updating to iOS 9.2 might prevent the issue. Apple is not entirely guaranteed that the update would fix the unresponsive issue on the iPad Pro. Nonetheless, it is still worth a shot. It has worked for some users, it can also work for your iPad Pro. Moreover, the issue did not occur for every user. For some users, the issue haunted occasionally.

So update your iPad Pro to iOS 9.2 and see if it works out for you. If it does, do let us know in the comments.