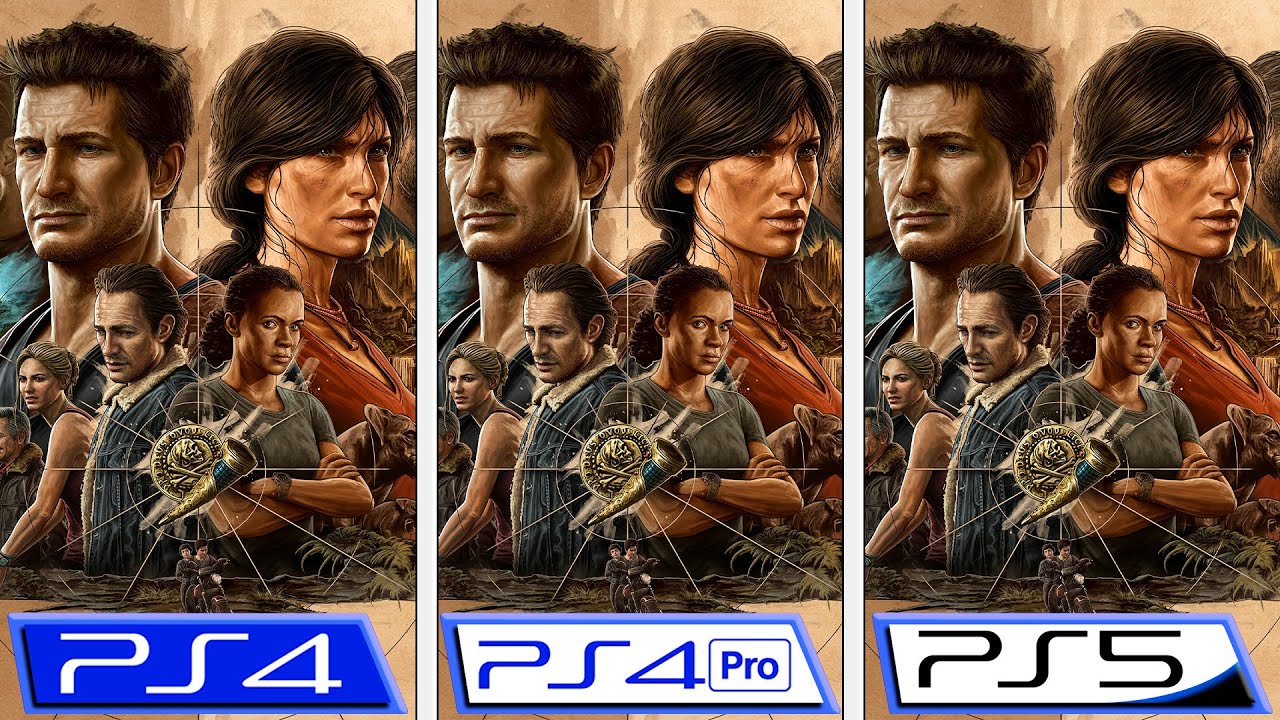 Following the release of Uncharted Legacy of Thieves Collection on PS5, a new comparison video has been released, comparing the new next-gen release to both titles running on the original PS4 and PS4 Pro.

Courtesy of YouTube tech channel ‘ElAnalistaDeBits’, this new comparison video highlights the three different visual modes on Sony’s next-gen console as well as greatly-reduced file size on PS5 compared to the original file sizes for both games on PS4. Loading times are almost non-existent on PS5, and although texturing hasn't changed, anisotropic filtering has been vastly improved. In addition, there is a minor improvement in far shadows, and the drawing distance for some elements and geometry has been boosted. Check out the new Uncharted Legacy of Thieves Collection comparison down below:

Uncharted Legacy of Thieves Collection is available globally now for PS5. Be sure to read up on our very own impression right here. The Collection of also coming to PC on a yet-to-be-announced date. As always, we will keep you updated as soon as more information about the PC port comes in.

“Uncharted: Legacy of Thieves Collection is a tasteful update to two great, but perhaps not quite classic, adventures”, Nate Birch wrote in his article. “Whether this collection is for you will largely depend on your situation. Those who haven’t played either game probably won’t feel their $50 has been misplaced. Perhaps the folks best-served by this collection are those who bought Uncharted 4 on PS4 but skipped Uncharted: The Lost Legacy (based on sales numbers, a large number of people did that) – they’ll get the PS5 upgrade and essentially an all-new game they haven’t played for only $10. If you’ve already bought both Uncharted 4 and The Lost Legacy, the value of the PS5 resolution and performance upgrades are more debatable. In the end, it’s up to each thief to decide how to spend their fortune.”