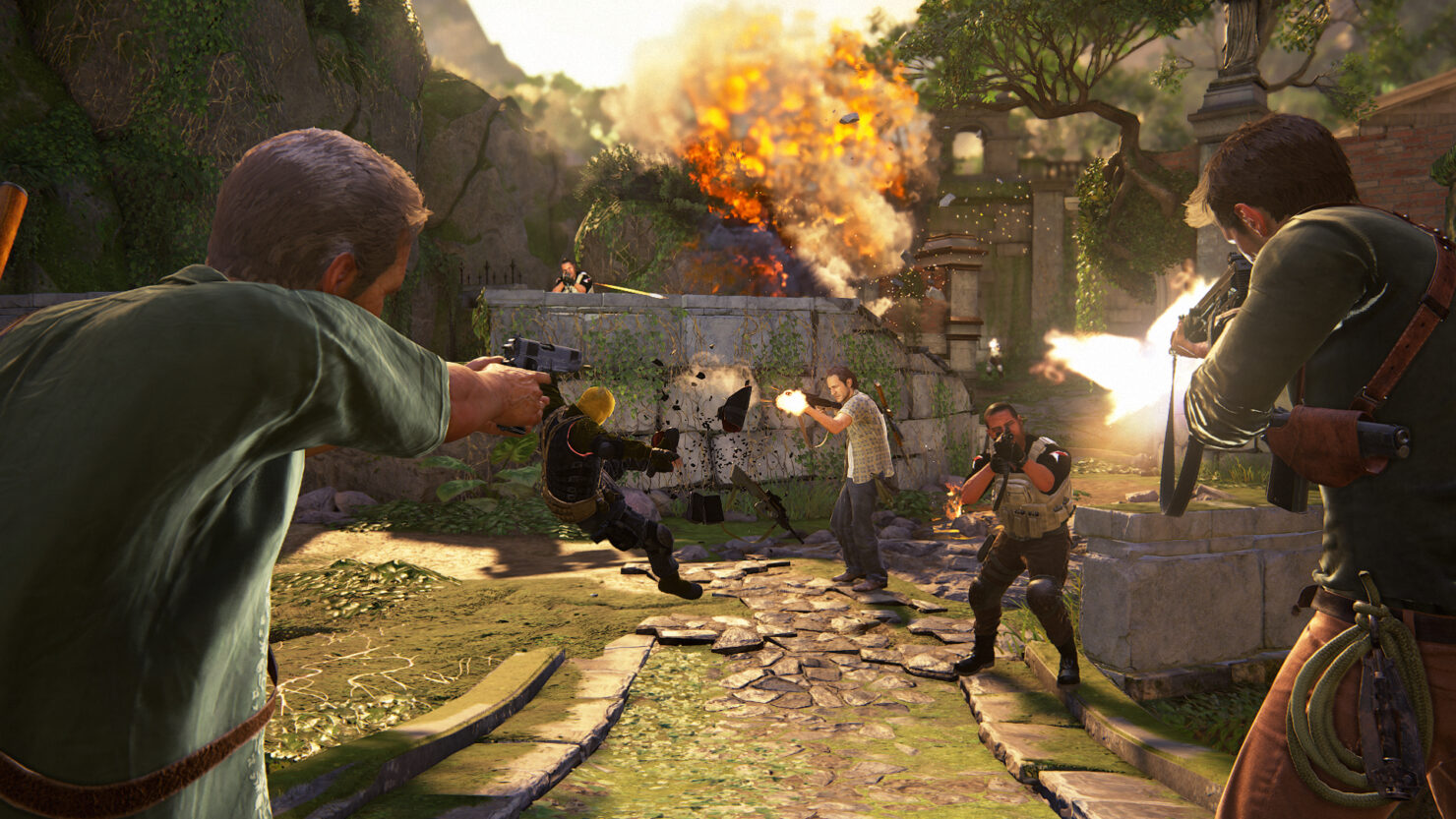 Naughty Dog released the first details for Uncharted 4 Survival, a brand new cooperative wave-based survival mode which will be playable at PlayStation Experience next week.

Naughty Game Designer Vinit Agarwal was happy to make the announcement on the PlayStation Blog:

Since announcing it as part of our Uncharted 4 Multiplayer road map back in May, one of the most common questions we get is: what’s in store for co-op? Well, today I’m excited to give you a first look at Uncharted 4: Survival, our new cooperative and solo mode that will make its public hands-on debut at PlayStation Experience next week and launch in mid-December.

The new cooperative mode has you and up to two friends take on waves of enemies. The mode itself is considered to be an evolution of Uncharted 2 and 3's Co-op Arena. You're looking at fifty waves of mayhem available on ten multiplayer maps. Every ten waves, players will take on a boss which include the never-before-seen Pirate Warlords. The trailer below shows off one of these Pirate Warlords, Henry Avery, in all of his fiery glory.

On your fight to wave fifty, you'll be hit with a number of objectives like collecting treasures in a time limit, defend a territory, or take out specifically marked enemies. There are also active modifiers which mix things up with a variety of objectives, such as only making headshots or melee attacks.

Survival has its own progression system, challenges, and load outs completely separate from the competitive multiplayer. If you do well, you'll earn currency that lets you purchase goodies like weapons, gear, and mysticals.

Playing Survival has a bunch of vanity items that you can earn and wear in both coop and competitive. If you somehow manage to complete those fifty waves of chaos, you'll unlock Crushing Mode with is a super-hard version of Survival.

Uncharted 4 Survival will be playable at this year's PlayStation Experience next week will officially launch in mid-December at no cost.