The UK government is working to launch a dedicated regulator for the tech sector by next year following Brexit and the attendant removal of EU jurisdiction over Great Britain.

According to the reporting on this matter, the regulator will be endowed with sweeping powers to enforce new rules derived from an enforceable code of conduct. The regulator, as currently envisaged by the authorities, will also work toward ensuring greater data accessibility for consumers.

UK’s Competition and Markets Authority (CMA) published a report on Wednesday in which it charted a regime for the proposed regulator of the tech sector. The CMA also expressed its concern regarding the expansive influence of the ‘big tech’:

“We are concerned that [Google and Facebook] are both now so large and have such extensive access to data that potential rivals can no longer compete on equal terms.”

Additionally, UK’s Secretary of State for the Department for Business, Energy and Industrial Strategy (BEIS) Andrea Leadsom has vowed to publish a white paper, by the first quarter of 2020, that will include proposed legislation for revamping competition rules in the UK as well as details regarding a new “digital markets unit”. Moreover, as per the related reporting on this issue, BEIS officials have been holding regular meetings with competition experts and academics over the past few months to determine the proposed regulator’s scope of authority. 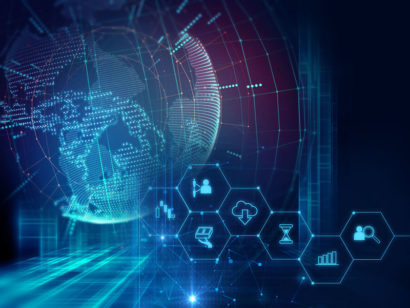 This confluence of voices emanating from various arms of the British government that are calling for the establishment of a new tech watchdog gives impetus to the notion that the proposal is gathering steam in the halls of Westminster.

This development follows the conclusions of an extensive review conducted by a former U.S. chief economic adviser Jason Furman – hence widely known as the Furman review – that called for the establishment of a dedicated authority to regulate the tech sector. Diane Coyle, an economist who was part of the Furman review, was quoted by the Financial Times as saying:

“It’s quite rare that one makes a set of quite radical policy proposals and within 12 months the government is actually implementing them. There is an emerging international consensus around the scope of new regulation. A reckoning is coming for the biggest digital platforms.”

The Silicon Valley titans have been the focus of vigilance by regulators throughout the globe recently due to their monolithic size and market influence coupled with deleterious data handling practices. For example, Google (NASDAQ:GOOGL) and Facebook (NASDAQ:FB) are facing multiple investigations in the U.S. initiated by the Justice Department and the Federal Trade Commission (FTC). Facebook is also facing a separate probe launched by 47 U.S. state attorneys general.