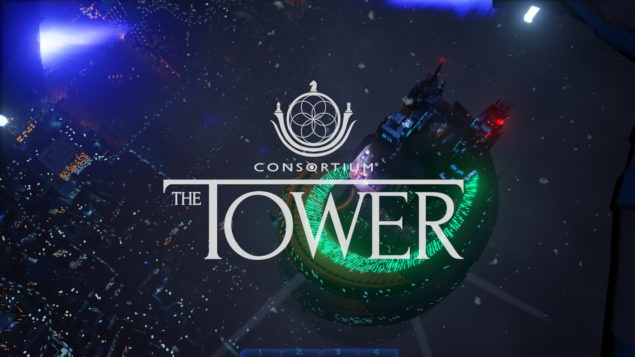 CONSORTIUM: The Tower is now on a Kickstarter campaign for funding, with a minimum goal of $CAD 450K. This is the direct sequel to CONSORTIUM, a first person experience released in early 2014 after a successful Kickstarter.

After the positive reception garnered by the first installment, developer Interdimensional Games is now aiming much higher. The engine has been switched from Source to Unreal Engine 4, for starters, and the scope will be much greater as well with plans to deliver a doubled longevity compared to the first game.

Like its predecessor, CONSORTIUM: The Tower is a unique kind of game. The premise is that you take control of a character in another world; this character is Bishop Six, a field agent for the titular CONSORTIUM, a peacekeeping force. In this sequel, Bishop Six is sent to the Churchill Tower in London, 2042, in order to resolve a hostage situation.

However, things are much more complex than they might first appear. For example, every faction has its own goals and you can choose to align yourself with anyone, even with the enemies of the CONSORTIUM.

Moreover, there are multiple ways to explore the environment and choose the course of action. As showcased in the videos below, players may try a diplomatic approach, a stealth approach or just engage in destructive combat.

There are clearly strong RPG elements in CONSORTIUM: The Tower, as it will be even possible to play the entire game without killing anyone (though this may be very difficult to accomplish). In fact, Interdimensional Games likened its project to Deus Ex combined with Die Hard.

CONSORTIUM: The Tower is tentatively planned for a release on PC, Mac, PlayStation 4 and Xbox One in 2017.