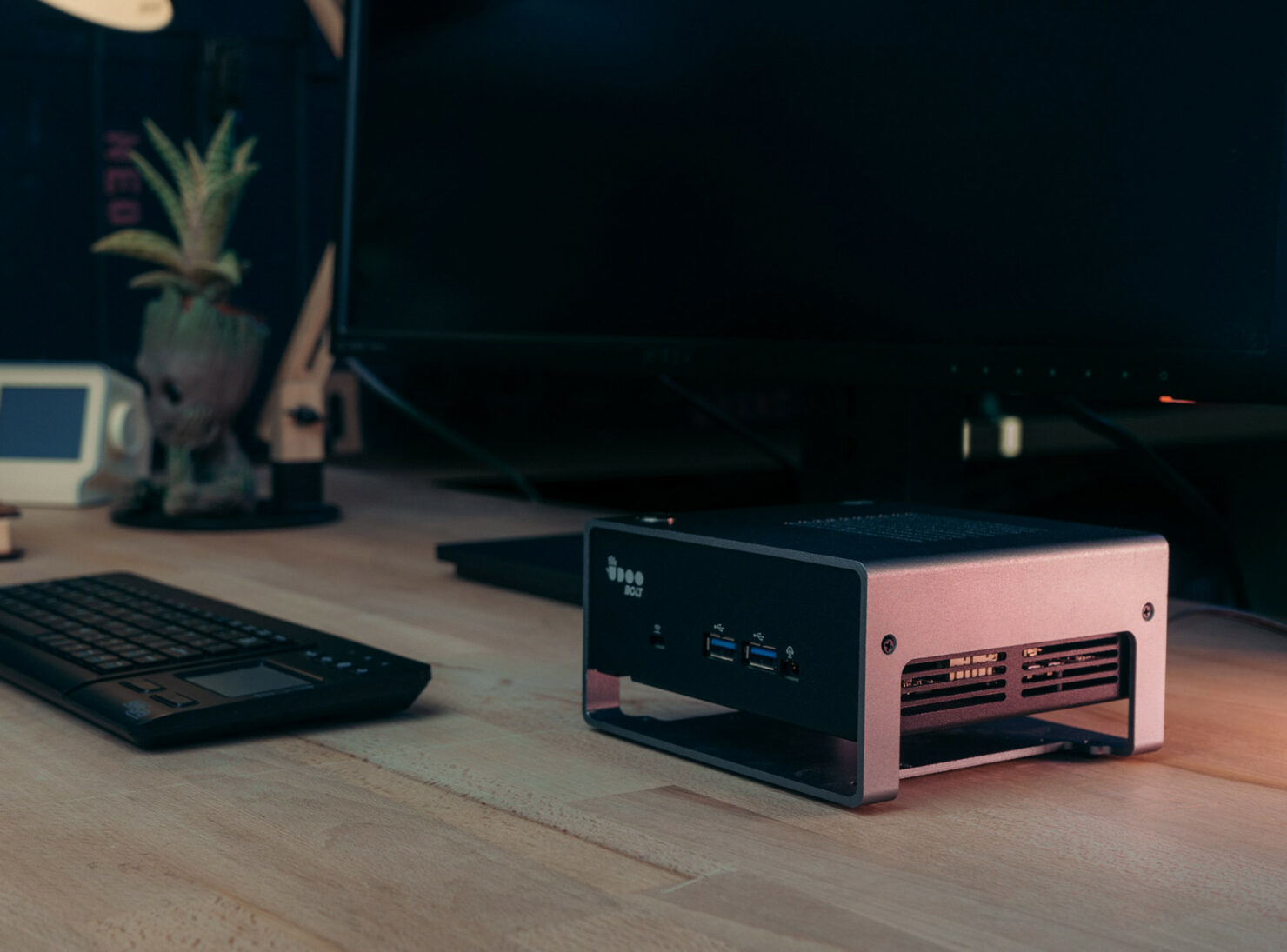 UDOO BOLT GEAR Is designed with DIY PC builders and modders in mind, and this is due to the system including a programmable Arduino coprocessor installed. The case is also made completely out of metal for a stable mini-PC. The design of the full metal case also makes this device perfect for virtually any environment, and can easily mount to the back of a VESA mount-display.

UDOO BOLT GEAR is a barebones mini-PC that utilizes a Ryzen Embedded V1605B processor, in addition to the included Radeon Vega 8 iGPU

The UDOO BOLT GEAR comes with a barebones case that includes both the motherboard, the Ryzen Embedded V1605B processor, that features a total of 4 cores with 8 thread and a Radeon Vega 8 GPU. Also, the UDOO BOLT GEAR also comes with the ATmega32U4 Arduino Leonardo microprocessor with Arduino-compatible pins. The Ryzen Embedded V1605B offers a 2.0 GHz base clock rate with a boost clock rate of up to 3.6 GHz. This device measures 4.72 x 4.72 inches and even comes with a special bracket.

The included motherboard comes with video outputs making Mini-PC perfect DIY projects as well as for powering a monitor. Since the UDOO BOLT GEAR is a barebones system, buyers are required to supply both the RAM and the storage medium, as to install Windows OS or a Linux-based OS depending on the user's preference.

The included motherboard can support up to 32 GB of DDR4 memory with a speed of up to 2,400 MHz in the dual-channel configuration, and the RAM is installed using the two SODIMM RAM slots.

For the M.2 slots, there is an M.2 2280 PCIe NVMe SSD slot, which can be easily populated and work as the main boot drive for the system. The second M.2 slot is the M.2 2260 SATA SSD, which is another perfect slot for storage. The final M.2 slot, the M.2 2230 slot, comes pre-installed with a WiFi and Bluetooth module, allowing for easy connectivity through either WiFi or Bluetooth.

Currently, this fantastically small mini-PC is available on UDOO.org for a currently discounted price of just $399.