The year has ended and what a year it has been for Uber, the controversial startup has been banned and sued in many countries. And now the company has decided to suspend its UberPOP service in Spain. 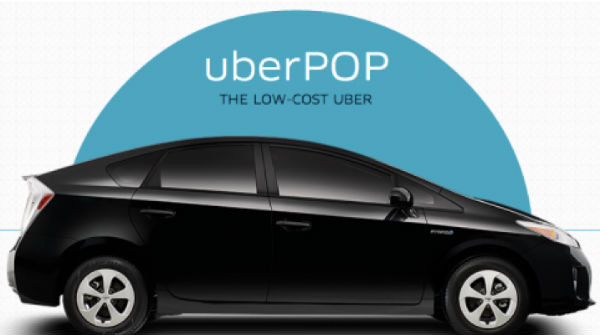 Uber 'gives in' to court ruling but will challenge it soon

The ride sharing service said in a blog post that its UberPOP service has been suspended after a court ruling earlier this month that said the service was violating the country’s rules and regulations. The is not the first time Uber has been accused of violating the law, they were sent to court for an illegal startup in the city of Portland and their drivers have been accused and even jailed in some parts of the world. The main concern of many governments is the poor background check done on the drivers which basically puts the customers in danger (as was the case in India).

According to the blog post: “The Association Madrileña Del Taxi requested a court injunction against Uber,” the company wrote in a blog post. “Today we have received the formal ruling and, in compliance with the December 9th order from the commercial judge and in respect of the law, we are temporarily suspending uberPOP in Spain"

UberPOP is the European version of Uber X. Uber X is a service that uses normal everyday vehicles and gives passengers an option of splitting bills. The service was introduced in Spain in April last year (2014) and was under pressure ever since. The company said that they are “temporarily suspending” their UberPop service in respect of the law but they intend to appeal the court injunction so that they can give “Spaniards access to safe and reliable rides”. Here’s what the company has to say about UberPOP:

“uberPOP allows Spaniards to share their own vehicles with their peers to create more efficient cities. Tens of thousands of riders and drivers in Spain have embraced uberPOP as a new way to access safe, convenient and affordable urban rides while sharing their vehicles, saving monthly costs, helping to reduce drunk driving and providing rides to underserved communities”

The company hopes that they can reach some kind of a settlement with the Spanish government so that they can look past the restrictions of new players in the transport market and allow Uber to resume its service in the country. Their blog post stated:

“During this temporary suspension of uberPOP, we will also collaborate with Spanish politicians to develop the modern framework needed to create a permanent home for Uber and the sharing economy — and fortunately Spanish leaders have already been standing up for the innovation economy,” 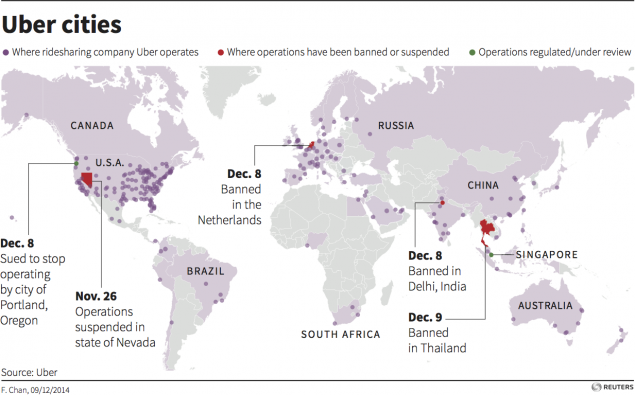 A map of areas where Uber has been banned, Spain can now be added to this fast growing list.

The company’s decision to collaborate with the government was rather unorthodox and it seems Uber has changed its approaches of either ignoring authorities or taking them head-on, maybe the company has learned a lesson or two from the incident in India and the hefty fines in Portland. The CEO, Travis Kalanick recently spoke of 'the new Uber' and how he will make changes for the better, let's hope Uber learns from its mistakes and makes up for them this year.