Uber decided to step back and cancels the on-demand delivery business for some time at least. However the company isn't entirely sure about the continuation of this temporarily canceling of the service. 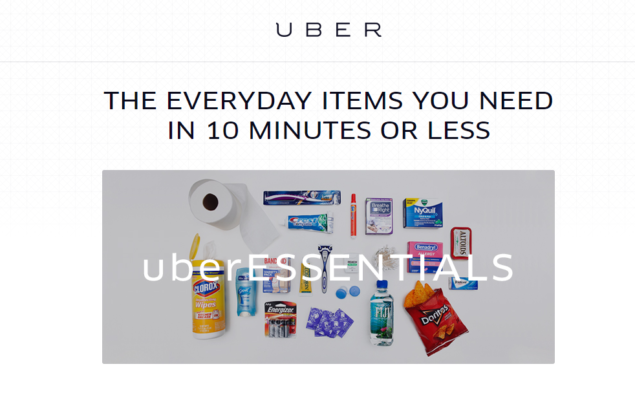 UberEssentials has been cancelled for now

"Uber_DC", the company also tweeted about their new cancellations stating that UberEssentials will no longer be available and they aim to use the feedback until now for their next experiment. The service was initially tested in some parts of the world including Washington DC until sometime in January. Uber stated when this service was initially launched, that “the more you love it, the more likely it will last.” But they also announced that it is going to be a limited time available experiment so it is unjust to draw any conclusion without looking at other factors that driven the company to shutdown this experiment so soon.

Uber stated in a blog about the response by the customers for UberEssentials. The company stated that they found out the customers choice and they got to know how people felt it so comfortable to order their daily household on demand through UberEssentials. The experiment also allowed the company to see what exactly the consumers value the service provided and where there are flaws that require efforts to be corrected.

Here's a list that Uber used to deliver by now:

The company doesn't seem to introduce anything for now meaning thereby that Uber is currently sticking with its courier service i.e. UberRush. We still hope that something exciting is going to come our way by of the one of the most innovative company in the automotive world.