Uber Testing New ‘Smart Routes’ Service That Will Get You Discounts

Uber is testing a service it has been working on for a while, and if it becomes successful it might be permanently included along with other services provided by the company. The service is a bus-style offering known as ‘Smart Routes’ and it was recently discovered in San Francisco, according to TechCrunch. The service is open to those who make use of UberPool which is itself a ride sharing service.

Riding on the smart routes will get you discounts

In the Uber app for mobile, the Smart Routes are represented with a green line. This service will allow customers to get some nifty discounts if the passenger is willing to get picked up and dropped off along popular spots, and by popular, we mean most frequently used ones.

It’s kind of like a bus service, going on fixed routes and picking up people along the way. UberPool users willing to walk and meet a car traveling along the Smart Routes can get more than $1 off the cost of their journey. 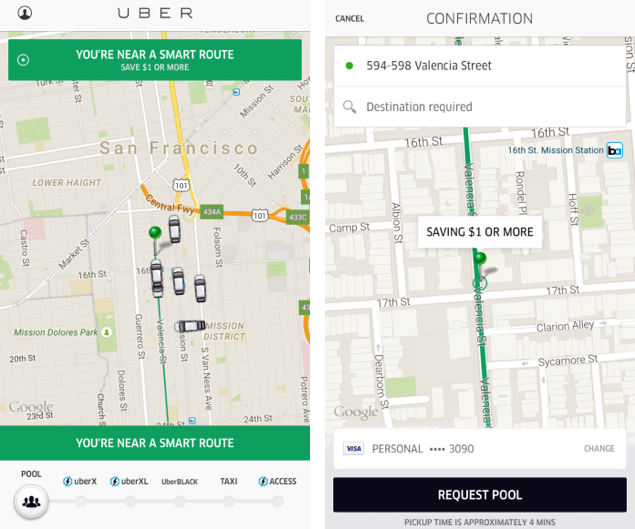 This is another initiative by Uber to ensure that users who are using their services get the most benefit in terms of time and money saved. Uber calls their campaign of Smart Routes a way to increase driver partner efficiency.

"We have begun testing a new feature to streamline the UberPOOL experience for both riders and drivers. This experimental feature, called ‘Smart Routes’, aims to simplify pick-ups by encouraging riders to request a ride along specific routes in San Francisco. Smart Routes is part of our ongoing efforts to increase the efficiency of driver-partners’ time spent on the road while helping riders save time and money,”

This way, the cost of travelling from one place to another will be split amongst passengers sharing the ride, hence there will be savings in tow for everyone. This time when there will be more discounts, it will be much more economical for users to travel via UberPool than by any other means of transport.

Uber’s iOS app allows the user to know about the most appropriate pickup points whenever users who are travelling have a spare seat with them. This way everybody’s time and money is saved.

Travis Kalanick, Uber’s CEO, also proposed a plan about perpetual trip for Uber drivers last year. The crux of the whole perpetual trip was to ensure that people get picked up whenever there is a spare seat available. 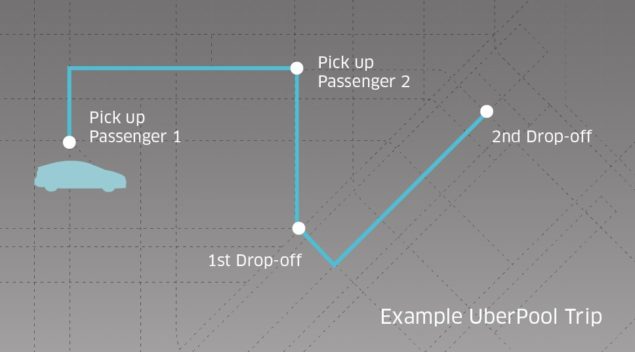