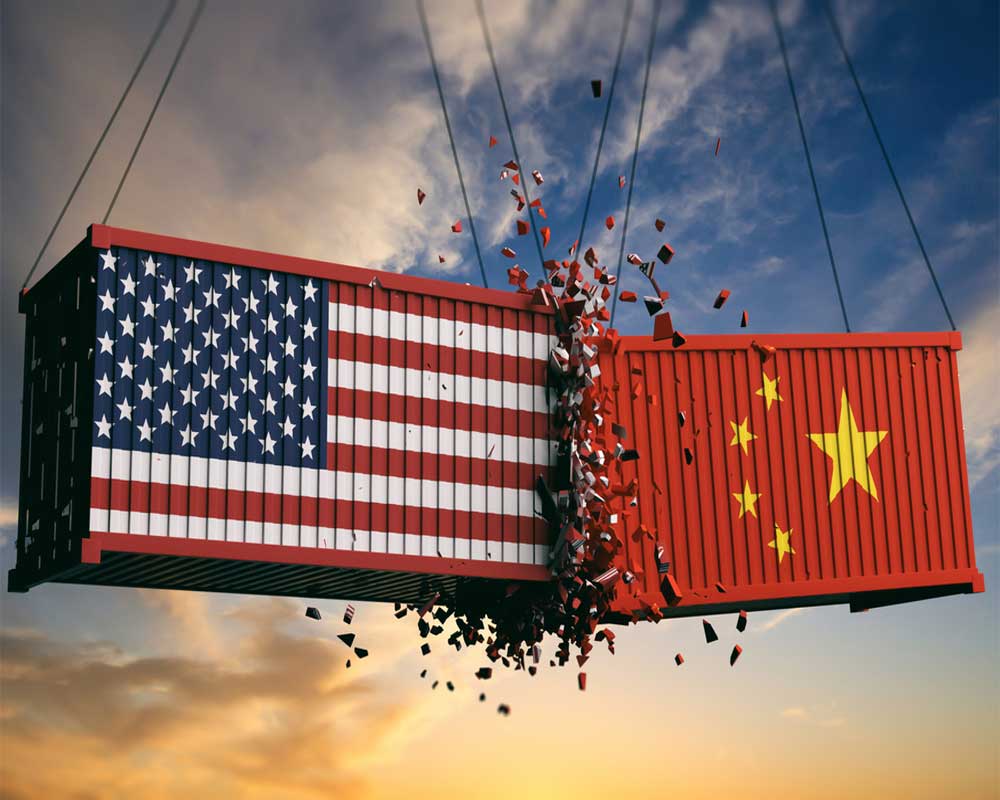 In a move that constitutes a major escalation in the ongoing U.S. – China trade war, the U.S. Commerce Department has placed the security bureau for the Xinjiang province, 19 subordinate government agencies and 8 Chinese companies on the so-called ‘Entities List’, according to the department’s filings. The blacklisted companies include surveillance equipment manufacturers – Hikvision (SHE:002415) and Dahua (SHE:002236) – as well as developers of facial and voice recognition technology – Megvii and IFlytek (SHE:002230).

The Commerce Department’s filing states that the “entities have been implicated in human rights violations and abuses in the implementation of China’s campaign of repression, mass arbitrary detention, and high-technology surveillance against Uighurs, Kazakhs, and other members of Muslim minority groups.”

The placement in the Entities List obligates U.S. companies to seek a prior approval from the U.S. administration before transacting with the blacklisted companies, particularly, when it comes to the sale of semiconductor chips and other sensitive components.

Unsurprisingly, the blacklisted Chinese companies condemned this move by the Trump administration. Hikvision – one of the world’s largest surveillance gear manufacturer with a market valuation of $42 billion – expressed its objections in the following manner: "Hikvision has been engaging with [Trump] Administration officials over the past 12 months to clarify misunderstandings about the company and address their concerns. Punishing Hikvision, despite these engagements, will deter global companies from communicating with the US government, hurt Hikvision's US businesses partners and negatively impact the US economy." Similarly, SenseTime – valued at $4.5 billion through a May 2018 fundraising round – said that it was “deeply disappointed” by this step. Additionally, Megvii – backed by the e-commerce titan Alibaba and valued at $4 billion – said that the decision lacks “any factual basis.”

The founder of visual surveillance research company IPVM, John Honovich, believes that Hikvion and Dahua will likely face a “devastating” impact from this move as these companies rely heavily on Intel (NASDAQ:INTC), Nvidia (NASDAQ:NVDA), Ambarella (NASDAQ:AMBA), Western Digital (NASDAQ:WDC), and Seagate (NASDAQ:STX) for supplies of sensitive components. Accordingly, the two Chinese companies requested the suspension of the trading of their shares on Tuesday. Additionally, the share price of U.S.-based Ambarella tumbled by as much as 12 percent in the after-market hours.

This step comes as the latest development in a long litany of tit-for-tat measures employed by the U.S. and China embroiled in an escalating trade war. In June, the Commerce Department added the Chinese tech behemoth Huawei to the Entities List over national security concerns and for violating U.S. sanctions on Iran. Thereafter, in August, the Trump administration barred the use of federal grants for the purchase of telecommunications equipment from five Chinese entities including Huawei and Hikvision (read our related coverage here). Of course, both sides continue to impose retaliatory tariffs on each other’s imports even as talks for the resolution of this trade war continue.

Some experts, however, believe that this step by the U.S. may have gone too far. Paul Triolo of the Eurasia Group, said: “This is the first time the administration has [black]listed companies because of things they have done within China — this crosses a red line. I think Beijing is going to have to retaliate against this move.” Possible retaliations by China include a reciprocal placement of American tech companies on its own version of a blacklist.

Moreover, the timing of this move is very interesting. It comes just three days before Liu He, Beijing’s chief trade negotiator, arrives in the U.S. and, consequently, has the potential of derailing this latest round of talks. Should the two sides fail to make any headway, the U.S. tariffs on the import of $250 billion worth of goods from China are set to rise from 25 percent to 30 percent on 15th of October.