U.S. and China Call it Quits on Tariffs – Will This Pave the Way for a Broader Trade Deal? 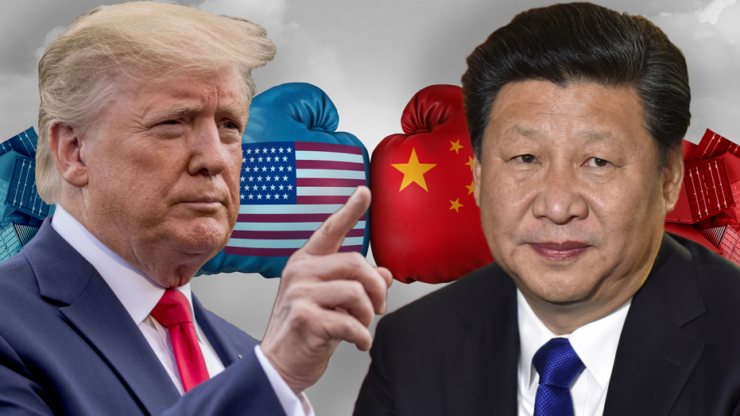 In a development that bodes well for the eventual resolution of the Sino-U.S. trade war, China’s ministry of commerce announced on Thursday an entente that will allow both countries to terminate their respective tit-for-tat tariffs, imposed over the past few months, in a phased manner.

It was widely expected that an interim U.S.-China trade deal – also known as phase one of the deal – will have to include a commitment from the Trump administration to withhold the imposition of new tariffs scheduled for December 15th on about $156 billion worth of Chinese goods that included cell phones, laptop computers and toys. However, the latest understanding seems to suggests that, in addition to a tariff freeze, both sides may also be negotiating the removal of existing tariffs. Gao Feng, the spokesperson for the Chinese commerce ministry, informed in a press briefing that Tariff cancellation was an important condition for any agreement and that that both sides must simultaneously cancel some tariffs on each other’s goods to reach a phase one trade deal.

“The trade war started with tariffs, and should end with the cancellation of tariffs,” said Mr. Feng at the press briefing. He went on to state that the proportion of tariffs cancelled by both sides to reach a phase one deal must be the same, but the number to be cancelled can be negotiated.

According to sources quoted by Reuters previously, Chinese negotiators were actively seeking not only the removal of 15 percent tariffs that took effect on September 1st and pertained to $125 billion worth of Chinese goods but also concessions regarding 25 percent tariffs imposed earlier on about $250 billion of Chinese imports that range from machinery and semiconductors to furniture.

If confirmed by the U.S., this understanding can pave the way for a dramatic de-escalation of tensions between the two leading economies of the world. It will also dramatically improve the odds of a comprehensive trade deal between the U.S. and China.

“The question right now is what the two sides have actually agreed on -- the market’s focus has shifted to how the U.S. may react to China’s tariff remarks tonight or in coming days,” said Tommy Xie, an economist at the Oversea-Chinese Banking Corp. (SGX:O39)

Since 2018, the U.S. and China have each imposed multiple layers of tariffs that affect bilateral trade worth billions of dollars, battering financial markets and roiling the global business and consumer sentiments in the process (read our previous coverage here for additional context). The Trump administration has also been pressing China to curb its massive subsidies to state-owned firms and end the illicit practice of forced technology transfers as the price of resuming normal business relationship with America.

Nonetheless, cooler heads seem to be prevailing now and market participants expect an imminent conclusion of phase one of a comprehensive trade deal in a meeting between U.S. President Donald Trump and Chinese President Xi Jinping. Dozens of venues have been suggested for the much-anticipated meeting since the original venue at the sidelines of a mid-November summit of Asia-Pacific leaders in Chile became untenable following the cancellation of the event owing to political unrest in the South American country. According to a senior Trump administration official quoted by Reuters on Wednesday, the U.S. suggestions for a Trump-Xi meeting in Iowa or Alaska have been ruled out. Consequently, locations in Asia and Europe are now being considered instead with London currently topping the list of possible venues.