Gigabyte launched its first graphics card “GTX 465” based on the Nvidia Geforce 400 series. The graphic card will have gigabyte’s own custom design and a PCB made of 2 Oz think copper layers, Japanese Solid state capacitors, Grade 1 memory chips, ferrite-core chokes and low RDS on MOSFETs. Two large 80mm fans will cool a large aluminium fin block which will reduce the temps. 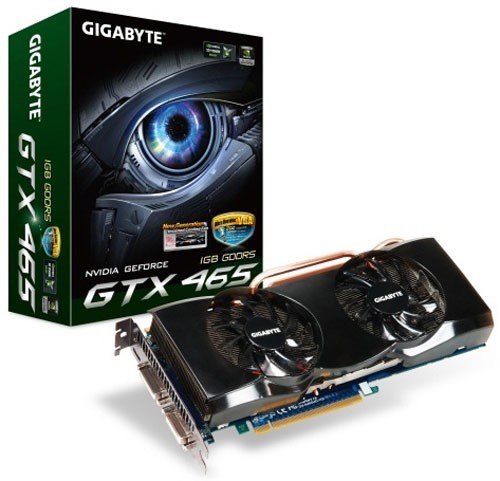 The card will have the same specs as the reference GTX 465 such as 1Gb memory buffer, 256-bit wide bandwidth and Stock reference clocks 607/1215/3206 MHz (core/shader/memory). The card will be price at 279$ which is a great price for such a great card.