The dock in iOS is a viable space where you can opt to keep your most important apps. No matter how many screens you have set for your apps, the dock remains still so you can access your most frequently used apps in a jiffy. However, there is no running away from the truth: the dock on iOS has limited space for only a few apps - four, to be more precise. Even the iPad has limited space that cannot be expanded using stock iOS methods. However, you can stuff more apps on the dock if you make folders, but if you don't like the idea of it, there is another way. 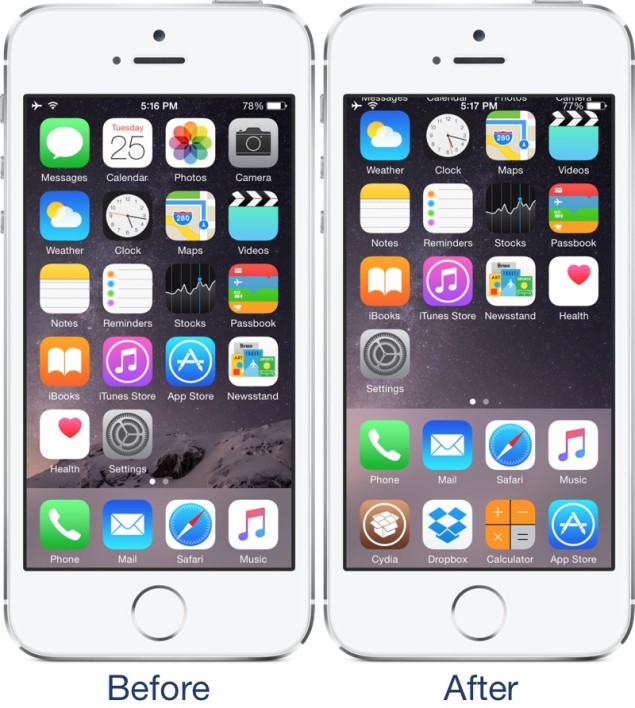 If you're lucky enough to have a jailbroken device, we have just the tweak that would suffice your needs for adding more apps on the dock of your iOS home screen. This neat little jailbreak tweak doubles the capacity of your dock by adding another row. The expanded dock holds an equal amount of apps as the stock iOS offering which doubles the capacity to hold more apps.

Let's dive in to see how the Docker jailbreak tweak stacks up against usefulness.

Add A New Row To Your Dock On Demand

Docker is a new jailbreak tweak developed by iOS developers Evan Luther and Phillip Tennen. The narrowed down functionality of Docker is its capability to double the number of icons you have in your dock. However, Docker does not simply cram the whole screen by placing icons over each other or piling icons adjacent to one another. The tweak adopts an elegant manner that users can interact with to reveal the extra space where all of your pre-set apps are stored.

The Docker tweak uses the upward swipe gesture on the dock to unveil an additional row of icons. The dock would expand twice its height, revealing your desired set of apps.

Once you install the tweak and swipe up from the dock for the first time, you will be shown four ''+'' buttons. Tap them one by one and add applications from the home screen according to your preference. To remove apps from the additional row, tap and hold any icon and once the 'jiggle mode' is activated, press the ''x'' sign on the app that you want to remove. This is how you can edit the apps on the additional dock slot. 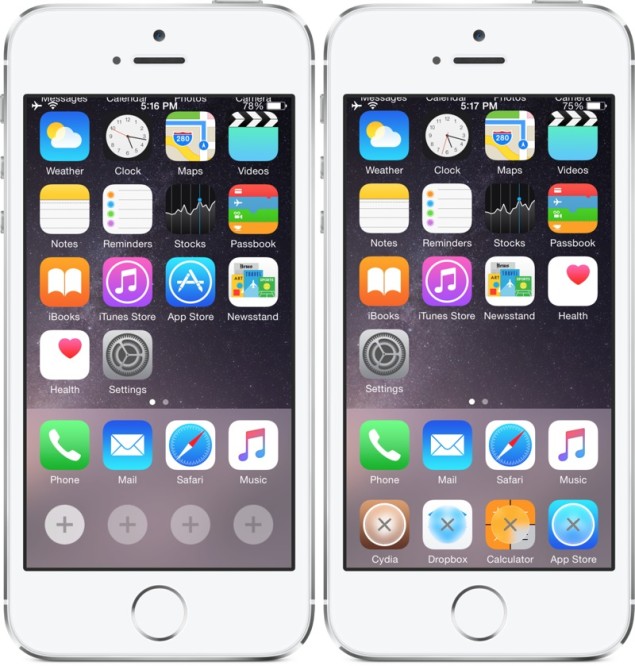 The tweak runs into minor issues at the moment, like a glitch in the status bar when you swipe up. Hopefully, developers will take this issue into account and release an updated version with the fix. Other than this, the Docker tweak provides an elegant solution for limited dock space. The tweak is optimized to run on iOS 7 or later.

Docker is definitely worth a try and if you guys already have it installed, let us know about your experience in the comments.

Docker is available to download from Cydia's BigBoss repo for $1.99.