ATI's latest GPU's the 6950/70 are very similar except in a few places the main being that the shaders have been BIOS Locked rather then having the fuses on the board lock the shaders as you can see from the picture below: 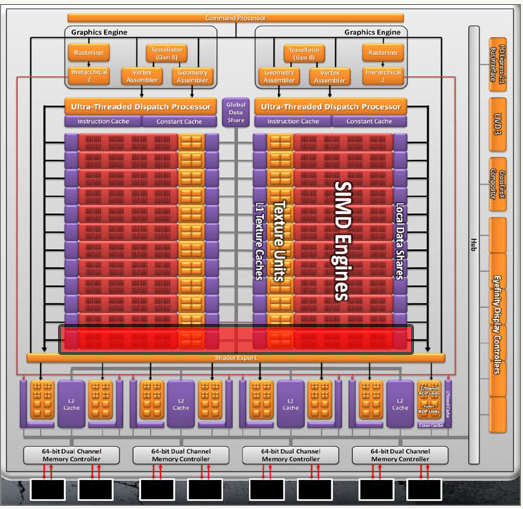 As you can see there is a very noticeable difference between the 2 GPU's and ATI has made it possible that we can squeeze more performance out of the 6950 with a simple BIOS MOD.

However, some have reported having seen artifacts when they had run the ATi Scanner tool. Otherwise they are working perfectly fine in all games and benchmarks such as Furmark and Just Cause 2.

The guide to modding your 6950 can be found here.