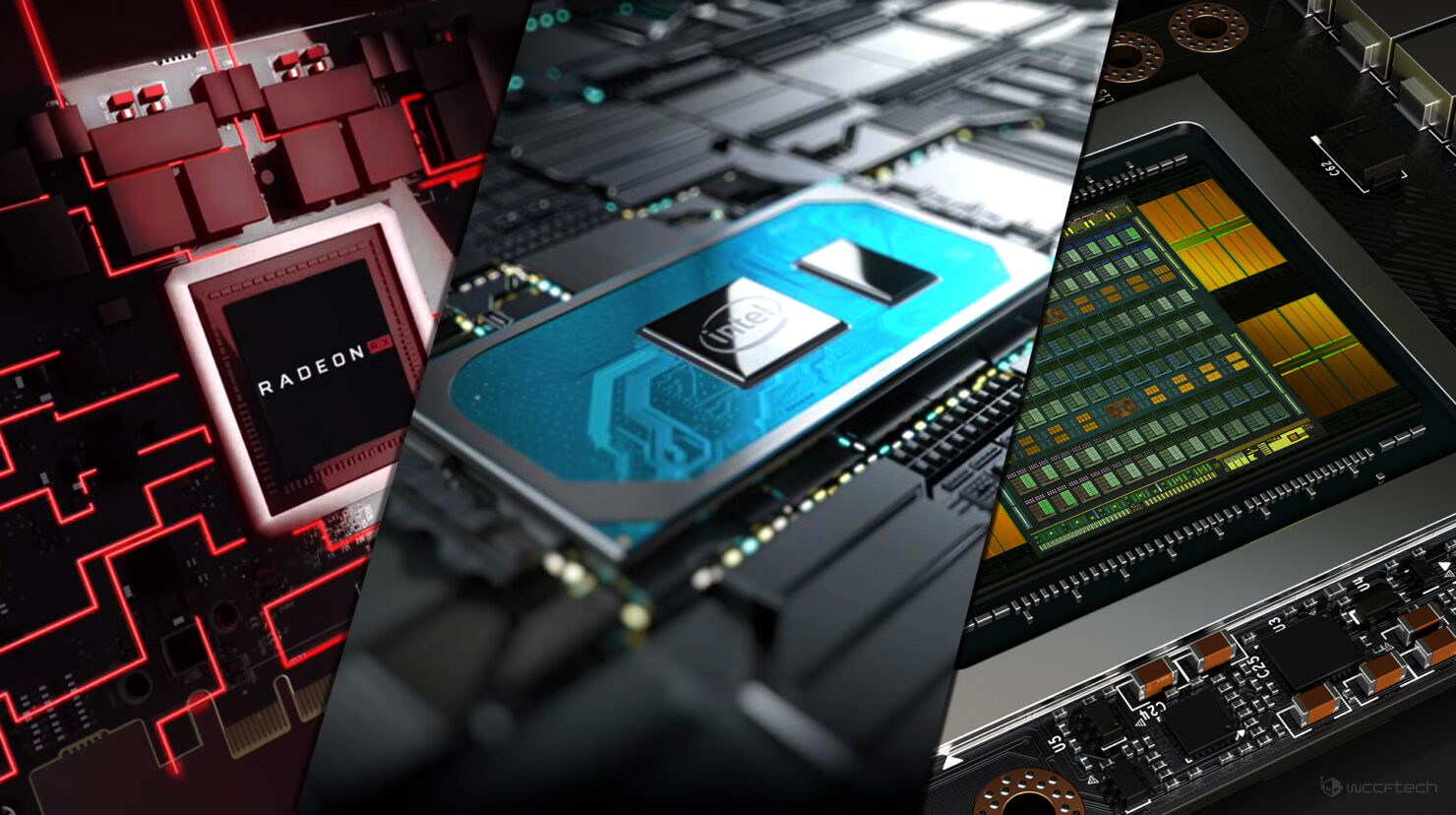 Products manufactured on the upcoming TSMC 5nm have already been confirmed in a leak from ChinaTimes and while it had products that we were already expecting: AMD Zen 4 CPUs, AMD Radeon RDNA 3 GPUs and NVIDIA Hoppper GPU, it also had an unexpected entry: Intel's Xe graphics. There have been a lot of rumblings on the rumor mill of Intel moving to 5nm and this is another feather in that hat. While the bit about AMD CPUs and GPUs and NVIDIA Hopper is confirmed, I would take the portion about Intel Xe with a grain of salt because as per my information - nothing is set in stone right now.

AMD Zen 4, RDNA3 and NVIDIA Hopper get confirmed on TSMC's 5nm process; Is Intel Xe joining the group as well?

After what seems like quite a few years of stagnancy, things are starting to get heated up to an incredible extent. We have previously covered that NVIDIA is planning to get very aggressive with node transitions and may spend as little as one year on 7nm in an effort to claw back market share from AMD and beat it to 5nm. While this report out of ChinaTimes confirms the leaks before about NVIDIA having pre-booked Hopper GPU on TSMC's 5nm node, this also hints that Intel might be tapping TSMC's 5nm process as well. While that might seem counter-intuitive at first, there might be some wisdom to it: Intel's foundries are already running at full capacity and TSMC's process is perfectly suited to building large GPUs - not to mention the design team involved would likely have a ton of experience with TSMC's design process as well.

A translation of the image courtesy of @chiakokhua, reproduced with permission: 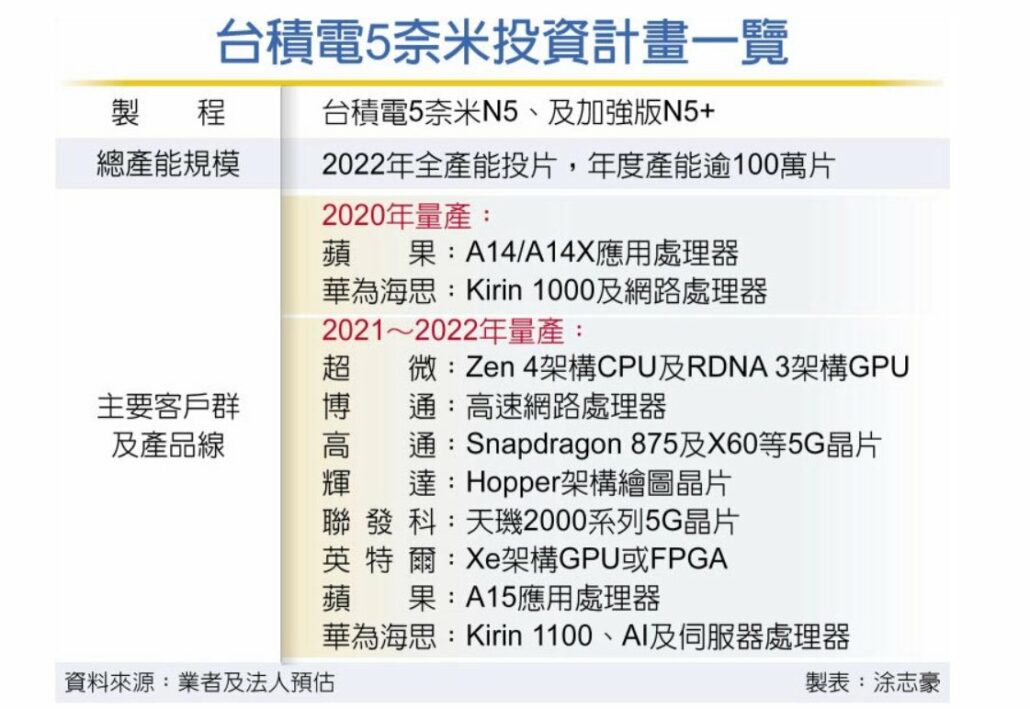 Intel tapping TSMC could be a move that might surprise a lot of people but it makes perfect sense to us. If Intel's graphics team, which consists of former Radeon leads that worked closely with TSMC, is allowed to focus only on the design process and not be bogged down with foundry concerns, then it will ensure a very successful diversification of risk for investors.

On the other side, it seems NVIDIA will be rolling out its (likely MCM-based) Hopper GPUs next year on the 5nm process from TSMC as well. Things are starting to look very exciting for tech enthusiasts. Here is a translation of the rest of the article, courtesy of @chiakojhua:

TSMC's 5nm process will enter the mass production phase in Q3. Although the orders in second half are mainly from Apple and HiSilicon, other major customers including Qualcomm, Mediatek, Xilinx, Broadcom, AMD, and Nvidia have already commenced 5nm chip designs, expected to enter mass production during the next 2 years. In addition, there are rumors that Intel may outsource some of their 5nm chips to TSMC. Analysts expect TSMC to hit its target of 10% revenue share for 5nm this year, and to set a new record of 25-30% for the whole of next year.

Recently, there has been plenty of rumors that TSMC has lost some orders to competitors, including HiSilicon shifting some orders for advanced process nodes to SMIC, and Samsung Foundry announcing that it will begin mass production for its 5nm process and has already secured orders from Qualcomm and Nvidia. However, industry observers generally believe that Samsung's 5nm capacity and yield can't catch up with TSMC in the second half. TSMC is also confident that it will be the only foundry that can mass-produce and supply 5nm this year.

Due to the pandemic, visibility for the second half is poor. Although TSMC will start mass-producing Apple's A14 application processor and HiSilicon's Kirin 1000 series 5G mobile phone chips in the second half, guidance of 15-18% or more increase in full-year revenue released at the recent investor's conference suggests that consolidated revenue for second half will be about the same as the first half. However, TSMC is going full-speed ahead with 5nm in the second half, as well as maintaining full-year capital expenditure of USD15-16 billion because it is seeing more and more customers designing chips on 5nm, for mass production during the next 2 years.

According to sources from the equipment industry, orders for TSMC's 5nm 'explode' next year. In addition to Apple's A14X and A15 application processors, which will use 5nm, HiSilicon's next-generation Kirin 1100 series mobile chips, AI and sever processors will also use 5nm. Further, Qualcomm's new Snapdragon 875 5G mobile phone chip and X60 modem chip, Nvidia's future-generation Hopper-architecture GPUs, AMD's Zen4-architecture CPUs and RDNA3-architecture GPUs will also be mass-produced on TSMC's 5nm process. Recent industry rumors also suggest that Intel will become one of the major customers for TSMC's 5nm.

At the recent investor's conference, TSMC's CEO C.C. Wei pointed out that the number of tape-outs for chips designed on TSMC's 5nm process will be higher than the same period during the initial stage of mass production for 7nm. Following 7nm, 5nm will be another long-life-cycle node, expected to account for 10% of revenue this year. - China Times

This leak also confirms previous reports from DigiTimes that TSMC is on track to mass produce 5nm products by Q3 20201. Considering the company is shifting to EUV for its advanced 7nm processes, this isn't exactly surprising because the move will allow the foundry to "reset" difficulty by shifting to a light source that can theoretically allow for much much tighter processes with multi-patterning (EUV means multi-patterning won't be required for 7nm or even the 5nm process).