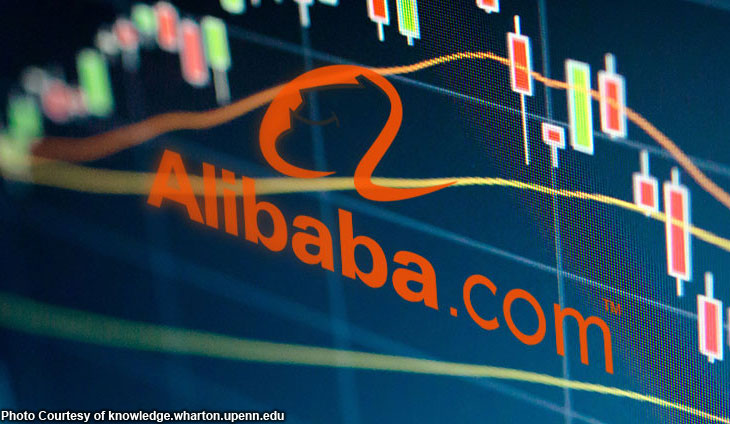 According to the South China Morning Post, the Hong Kong stock exchange has officially approved Alibaba’s secondary listing request in what may well turn out to be the year’s largest fundraising exercise.

The permit clears the path for the Chinese e-commerce giant to initiate its much-anticipated roadshow in order to rouse institutional and retail interest in the offering. According to internal sources, the company’s flotation share price will be determined next Wednesday while the actual debut is currently slated for 25th of November. The offering has, apparently, generated substantial demand as indicated by the absence of cornerstone investors – a unique feature of Hong Kong’s financial market where large investors are invited to anchor important public offerings.

At present, China International Capital Corporation (HKG:3908) and Credit Suisse (SWX:CSGN) – the lead underwriters of Alibaba’s secondary offering – are formalizing a syndicate with other banks, including Citigroup (NYSE:C), JPMorgan Chase & Co. (NYSE:JPM) and Morgan Stanley (NYSE:MS), in order to assist in the execution of the share offering.

As per Bloomberg’s reporting, Alibaba Group Holding Ltd. (NYSE:BABA) plans to offer about 500 million shares through the Hong Kong listing which, in turn, will allows the Chinese behemoth to raise about $11.7 billion based on the last closing price of its shares listed on the NYSE. However, the exact amount that will be raised through the offering can’t be determined with certainty at present as it remains unclear if the company would market the deal at a discount to its U.S. stock price. Additionally, reporting on this matter has indicated that the deal underwriters will possess the so-called green shoe option – a clause in the underwriting agreement that allows underwriters to buy up to an additional 15 percent of a company’s shares at the offering price in order to foster price stability – that corresponds to a maximum of 75 million shares.

Alibaba currently holds the record for the world’s largest IPO with its $25 billion flotation on the NYSE in 2014 at $68 per share. The company’s share price last closed at $186.97, giving it a market capitalization of $486.8 billion. This valuation makes the e-commerce giant the largest company in Asia, and the seventh biggest globally after Apple (NASDAQ:AAPL), Microsoft (NASDAQ:MSFT), Alphabet (NASDAQ:GOOGL), Amazon (NASDAQ:AMZN), Facebook (NASDAQ:FB) and Berkshire Hathaway (NYSE:BRK.A), according to Bloomberg’s data.

For its initial float, Alibaba had eschewed a Hong Kong listing as the company’s governance structure clashed with the bourse’s listing rules. Specifically, a ban on dual-class capital structure – also known as Weighed Voting Rights (WVR) – proved to be a key hurdle for many Chinese in pursuing a domestic listing. Generally, tech companies prefer a WVR share structure as it allows the founders of those companies the opportunity to raise larger sums of money – by offering a greater proportion of common shares in public listings – while also retaining control of their companies with the help of skewed voting rights.

Since that time however, Hong Kong Exchanges & Clearing Ltd. has eased some of its restrictions to lure overseas-listed Chinese tech giants. Last year, the operator of the bourse opened its doors to secondary listings and pre-revenue companies – entities that are yet to turn profitable – that wished to list on the bourse. Firms can now also issue dual-class shares.

For some time now, the U.S. and China have been embroiled in a prolonged trade war that has seen punitive actions from both sides. Moreover, the technology sector has become one of the core battlefields in this conflict. Consequently, amid the threats emanating from the Trump administration to forcibly delist Chinese companies from American stock exchanges and to prevent U.S. government pension funds from investing in the Chinese market (read our related coverage here), Alibaba is following a prudent strategy in trying to hedge its bets by securing a safer alternate avenue for additional capital procurement purposes.

Fundraising at the Hong Kong stock exchange has picked up since September 2019 as stocks rebounded from their worst quarter in four years. Dozens of companies including Budweiser Brewing Company APAC (HKG:1876) and ESR Cayman (HKG:1821) have raised a combined US$11.53 billion. In the present environment, Alibaba’s listing would help to bolster Hong Kong’s profile as a major financial hub in the wake of the recent dimming of its stars following weeks of pro-democracy demonstrations that have plunged the city into a recession.