What a Trump Win Means for Tech Firms 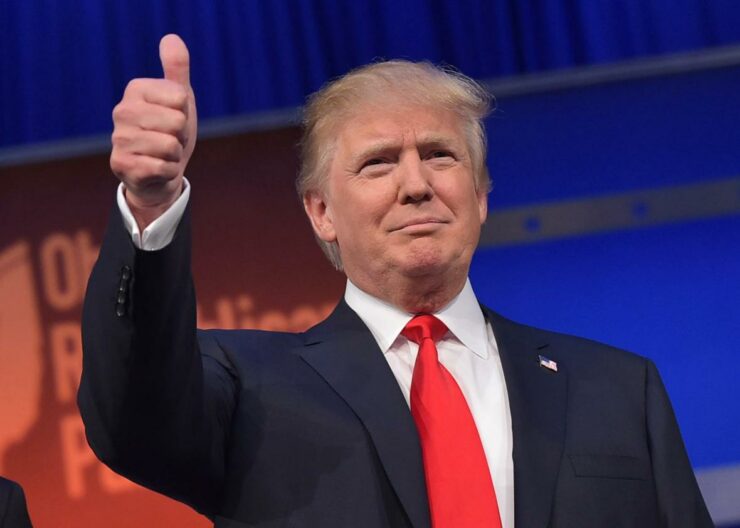 Once again, the globalisation playbook is being ripped up. As with the Brexit vote earlier this year, the US is the next country in the list to begin its rejection of the globalisation message and proverbially throw everything on red, at least for the next four years. Does the US and rest of the world economy win or lose? The widespread implications are huge, we take a look at some of the high level areas as well as delve a bit into the tech stock implications of a Trump presidency.

What Does Trump Mean for Tech?

Although Trump is now the President-Elect, there is actually a lot we still don’t genuinely know about how he plans to run the largest economy in the world. There have been anecdotes and comments and broad plans but the devil is always in the detail and there is a large amount of that still missing. Even so, there are a few key things we can look at to try to figure out how tech stocks and technology in general look in the wake of the election.

As we’ve mentioned previously in the wake of Brexit, technology is generally priced in US dollars. As such, be on the lookout for anything that strengthens or weakens the dollar. Specifically, look for a significant loosening of fiscal policy: If Trump pushes through what sounds to be a huge infrastructure renewal program, this will likely be funded by borrowing. If the markets are concerned that the US cannot effectively service its national debt, has borrowed too much or in the worst case scenario thinks a default may serve President Trump well, this can adversely affect the value of the currency (as well as massive other global shocks in the case of a default).

Bringing jobs home: The so called “Rust Belt” of America helped deliver the White House for Donald Trump, based in large part (according to the pundits) on the promise of jobs for Americans. Ultimately those jobs got outsourced internationally for a number of reasons but predominantly on price. Developed countries have higher costs of living which means you have to pay workers more. The worldwide appetite for cheaper consumer goods has driven this outsourcing of jobs. If American companies are expected to bring jobs back to the US, expect to see the prices of repatriated job products go up.

Repatriation 10% tax holiday: It’s no secret that many American companies are holding earnings outside of the US in various tax havens as they view the tax rate in the US as too high to bring the money back home. Trump has talked of a 10% repatriation holiday (compared to the usual 35%) during the campaign which would no doubt be a massive bonus to many American firms. Apple (NASDAQ:AAPL) alone has approximately $200bn of its money squirrelled away abroad and even just last year borrowed $6.5bn by issuing bonds because it was cheaper to do this than to bring its money back home. Aside from Apple, there is over $2 trillion dollars held by American companies in offshore locations. Expect this to be brought back if the tax holiday is enacted.

Corporate Incentives: All of that money coming back cheap isn't just Trump being nice. The President-elect wants that money sitting in the US and working for the country. If it happens, expect a potential flurry of corporate activity, potentially including mergers and acquisitions, particularly in the lucrative tech hub of Silicon Valley where a lot of the companies with overseas funds are sitting. As much as he doesn't want to be seen to be in bed with the bankers, guess who handles M&A activity? That's right, you guessed it, Wall Street!

Tesla (NASDAQ:TSLA) : Although a tech firm in many ways, it is also of course heavily associated with the auto industry. An industry which is heavily associated with moving jobs from the US to Mexico. Trump has of course warned other automakers against this and given Tesla recently mentioned looking for new locations for new manufacturing plants, particularly away from its strictly environmentally regulated current base of operations, the firm is suffering today on the market and is currently down over 4%. Given that is has also been heavily subsidised by the federal government in the past, this is likely to be an even bigger issue for the electric car maker.

Japanese tech firms: Japanese business has struggled somewhat in the last year due to the strengthening of the Yen either making their goods more expensive to other countries or meaning the company has to eat some of the exchange rate loss. Although the rush to Yen as the results were coming in has now been reversed, there are many tech firms based in Japan which took part in the initial knee-jerk bad reaction and closed down at what look like ridiculous levels given the fact that the Dollar has since recovered:

Asian equities also largely closed the day down. Again, be on the lookout for anything which adversely affects the relative strength of the dollar compared to the Japanese Yen and Korean Won among other smaller Asian tech producing countries.

Overnight trading was heavily disrupted as the vote counts came in and it became clear that a seismic shift was occurring, including:

Mexican Peso (CURRENCY: MXN) collapsed from around 18.1 to a low of 20.7 before recovering to 19.7 against the US Dollar.

The Japanese Yen (CURRENCY: JPY) appreciated strongly against the US Dollar going from over 105.1 down to 101.2 before recovering.

S&P 500 was trading limit down overnight at 5% down before circuit breakers tripped to stop trading, yet after the initial concerns, the S&P is up just under 1% on the day with the Dow up just over 1.1%.

Gold and other haven assets (which the Yen was obviously seen as while the results were coming in) were of course on the rise significantly.

Many major currencies were trading up against the dollar as the results came in, but what we have seen in the hours since then is a major trimming of respective losses/gains with the notable exception of the Mexican Peso. In general global markets are not fans of uncertainty and Clinton was seen as the status quo candidate in that sense, a Trump win obviously translated into a shock, particularly given the odds that the so called “smart money” had placed on a Clinton win.

However a magnanimous and conciliatory victory speech by Trump may have calmed things, as I’m sure did much of the taking stock in memory of trading Brexit while also waiting for Clinton's speech conceding the election. As is often the case in large unexpected occurrences, initial knee-jerk reactions can regularly be the wrong and in the wake of Brexit, many investors were caught wrong-footed with their positions. Keep in mind additionally that from the professional approach, volatility is a winner and more sophisticated investors than stock pickers will have enjoyed profits from the volatility overnight and today.

It’s clear that a return to manufacturing on a large scale as well as infrastructure investment are major drivers in the electorate. This author and publication pass no comment on the other non-financial aspects of the outcome of the election. Will Trump succeed in his goal and the dreams of the nation to “Make America Great Again”? It’s unclear. If the markets have faith in the US economy to see themselves through any adversity and stand by the dollar and its debts, certainly they have a good chance. The question now becomes one of both a political and business nature.

Donald Trump has very famously declared bankruptcy and avoided paying on terms he had signed in the past. Given the clout his business had, he was able to bend the rules to his advantage. The US will need every smidgen of his business acumen and savvy if they are to embark on the bold program of changes he has floated successfully and combat complaints to the WTO as well as maintain global confidence in the dollar and its debts. Washington D.C. isn’t an accounts department and the global financial markets are not a poor supplier that will stand by and be short changed without fighting back. At the first hint of disunity between the executive and legislative branches, both of which wield significant power, other global powers will look to put themselves at an advantage. Bankruptcy at a personal or corporate level isn’t the same thing as a default by government. The world will be watching.