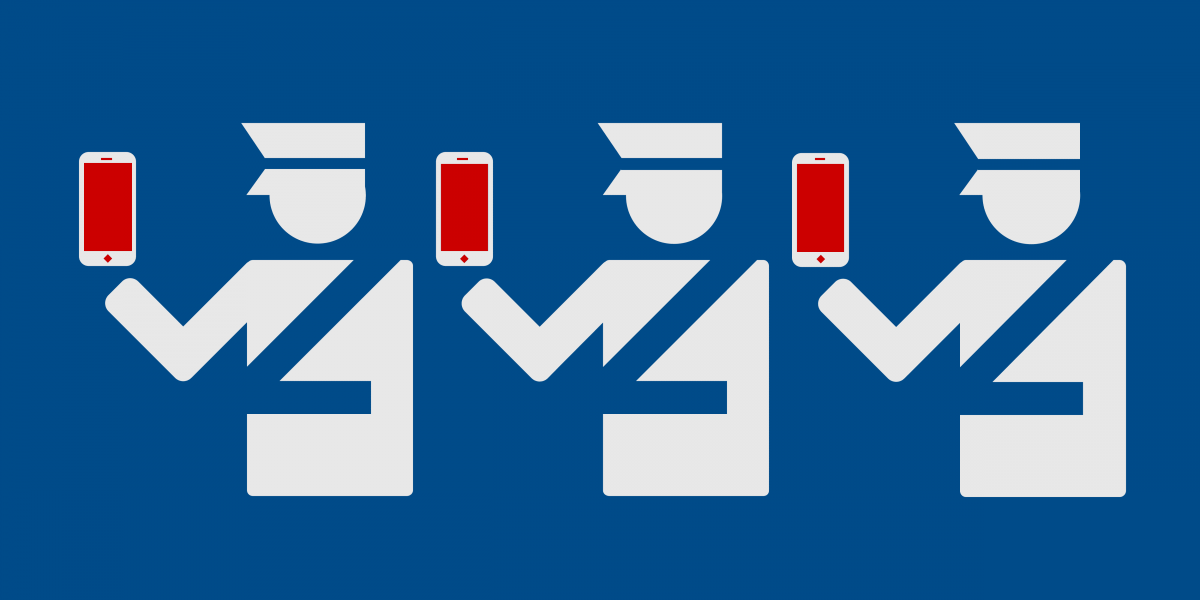 10 U.S. Citizens and one lawful permanent resident with the help of the American Civil Liberties Union and the Electronic Frontier Foundation have sued the Department of Homeland Security for searching their electronic devices at the border. These citizens include a NASA engineer, two journalists, and a former Air Force captain. All of them were reentering the country after business or personal travel and had their devices confiscated for weeks or even months.

"Several are Muslims or people of color," EFF wrote. Following these searches, none of these plaintiffs were accused of any wrongdoing.

"The effect of searches of mobile electronic devices on individual privacy and expression can hardly be overstated," the ACLU and EFF wrote in a complaint [PDF], filed in the U.S. District Court in Massachusetts. "Searching personal electronic devices without a warrant based on probable cause violates the constitutional rights of individuals to keep the private and expressive details of their lives free from unwarranted government scrutiny."

"The Constitution requires that the government must meet a higher burden to get access to travelers' personal information."

Over the last year, Customs and Border Patrol searches of electronic devices have increased. During the last few months of Obama's government and the new Trump administration, more travelers have reported going through the border searches. Over 15,000 devices were searched during the first half of 2017 fiscal year according to the U.S. CBP data. In 2016, a total of 19,033 searches were conducted by the border police.

"This lawsuit challenges searches and seizures of smartphones, laptops, and other electronic devices at the U.S. border in violation of the First and Fourth Amendments to the U.S. Constitution. U.S. Customs and Border Protection (“CBP”) and U.S. Immigration and Customs Enforcement (“ICE”) search travelers’ mobile electronic devices pursuant to policies that do not require a warrant, probable cause, or even reasonable suspicion that the device contains contraband or evidence of a violation of immigration or customs laws. Today’s electronic devices contain troves of data and personal information that can be used to assemble detailed, comprehensive pictures of their owners’ lives.

Because government scrutiny of electronic devices is an unprecedented invasion of personal privacy and a threat to freedom of speech and association, searches of such devices absent a warrant supported by probable cause and without particularly describing the information to be searched are unconstitutional."

CBP is a Department of Homeland Security agency and argues that "no court has concluded that the border search of electronic devices requires a warrant." However, travelers are concerned about officers accessing their private and sensitive business data.

When Sidd Bikkannavar, an engineer at NASA, had his phone searched at the border, he was told by the officers that they ran "algorithms" to search the contents and didn't find any "derogatory" information. ACLU writes that this is a clear violation of the Fourth Amendment. ACLU attorney Esha Bhandari said that "the government cannot use the border as a dragnet to search through our private data".