Tronsmart Celebrates Its 8th Anniversary with a Giveaway 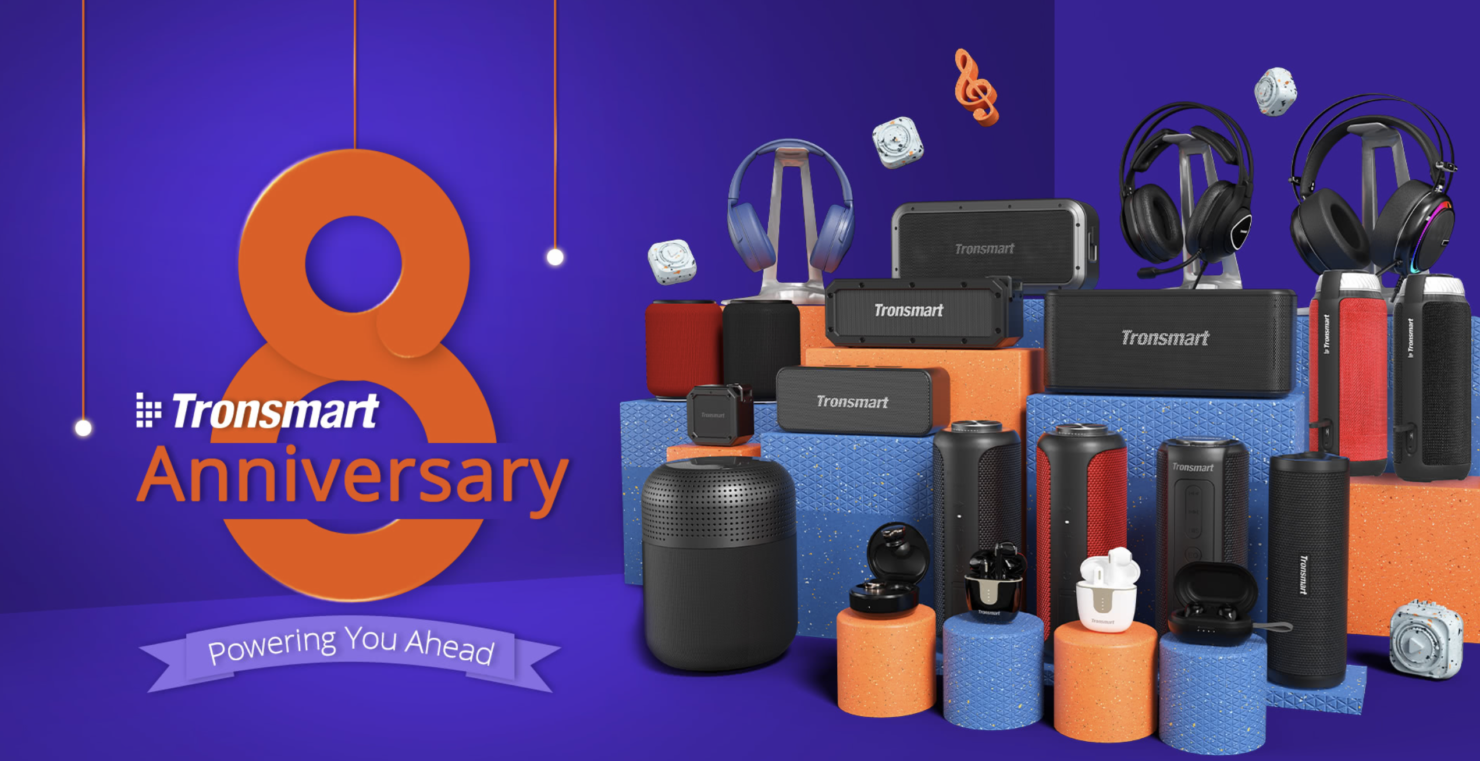 London, 15th Jun 2021: Consumer technology expert, Tronsmart today celebrates its 8th birthday. They are also giving away a number of prizes, including a gift box worth $500, newly launched Apollo Air and Air+ earbuds, and a 15% off coupon for geekbuying.

The gift box includes a Tronsmart Element T2 Plus Portable Bluetooth Speaker, a pair of Tronsmart Onyx Ace TWS earbuds, as well as a customized pen and notebook.

Anyone can click here to enter the giveaway for a chance to win these exciting prizes:

Established in 2013 and celebrating its 8th anniversary today, Tronsmart is a tech brand that designs and manufactures world-class tech accessories, which has been recommended by Qualcomm, Forbes, Yahoo, and many other big companies and media. It also signed Luis Suarez as the official ambassador in 2018.

The company has rapidly expanded and sells its products in over 70 countries in many regions, including North America, South America, Europe, the Middle East, and Asia. It also has over 40 patents, including its SoundPulse® technology. The core value of Tronsmart is to make life easier by providing customers with high-tech, high-quality and high-performance products.

Click here and spin the wheel for a chance to win a gift! The giveaway runs until June 30.

Tronsmart’s Type-C Car Charger with Built-in Cable is 68% Off – Supports Quick Charge 3.0 too