Here Is The World’s First 802.11ad Wireless Router And It’s From TP-Link

Just a couple of hours ago, we reported that Letv Le Max Pro was not only the world’s first Snapdragon 820 powered smartphone, but also the first mobile device to feature an 802.11ad Wi-Fi adapter. Turns out that TP-Link did not wait long to announce the world’s first ever 802.11ad router and you will learn from its specifications on how it basically trumps 802.11ac routers out there by a long shot. 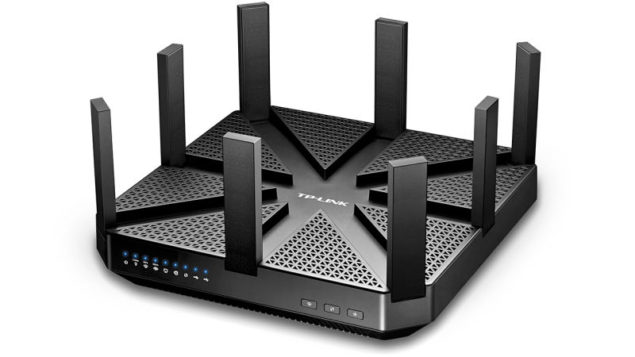 TP-Link Talon AD7200 Is The World’s First 802.11ad Wi-Fi Router That Goes Beyond The Limits Of The 5GHz Frequency

Routers functioning on the 5GHz band are something else entirely, but meet Talon AD7200, an 802.11ad router than can function at another spectrum in the range of 57-66GHz range (this will also depend upon where you live) in addition to the 2.4GHz and 5GHz bands that 802.11ac routers use. For those of you who are unaware of this amazing fact, a router running on the 60GHz band means that it can achieve wireless transfer speeds up to 4,600Mbps. In comparison, the 5GHz band can only max out at 1,733Mbps, making it effectively three times as fast compared to the previous generation. Now this is some serious Wi-Fi firepower.

Not only this, but TP-Link Talon AD7200 also packs multi-user MU-MIMO technology which aids in reducing the bottlenecks when multiple devices are actively connected to it. Beamforming is a term used to describe this specific functionality of wireless routers but just for fun, we will decide to rename it as beam terraforming because that is exactly what this wireless router is capable of doing in effectively allowing multiple devices to connect to it in as well as improve wireless connectivity speeds as much as it possibly can. Overkill is an understatement for this router as it is packing eight separate adjustable antennas with powered amplifiers so that the signal is able to appear in every corner of your household. 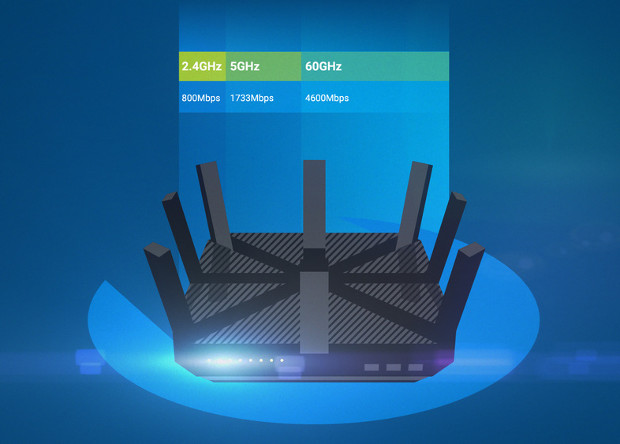 For wired connectivity, there are four RJ-45 gigabit Ethernet ports for attaching peripherals and to add flexibility, there are several software features that include guest network capabilities as well as parental controls to limit to what kind of content your children can access. There will also be a dedicated application for both the iOS and Android platforms in order to seamlessly configure it. Unfortunately, there are not any pricing details available to us at the moment, but since it is the world’s first 802.11ad Wi-Fi router and will be available later in the year, do not expect it to come cheap at all.