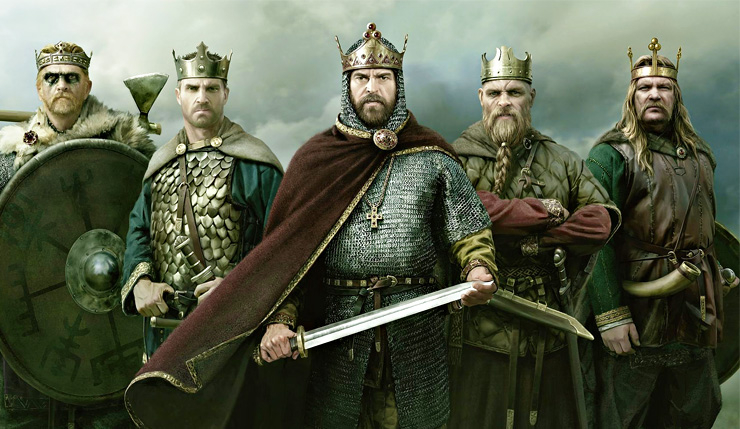 Total War Saga: Thrones of Britannia will, of course, be getting a special boxed Limited Edition. You can scope out the goods, below. 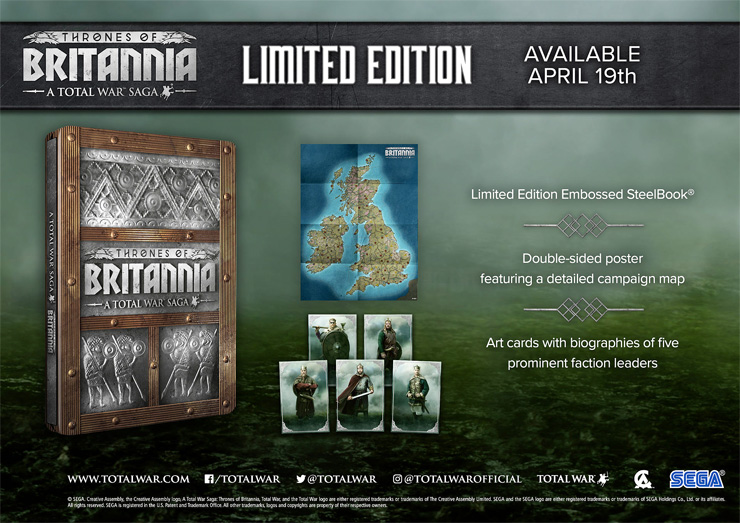 The Limited Edition includes a Steelbook case inspired by real Anglo-Saxon armor, a double-sided map/poster, and a set of collectible art cards. Pre-orders for the Limited Edition of Thrones of Britannia are open now, and, until launch, 25 percent of the profits for pre-orders will be donated to War Child UK.

Total War Saga: Thrones of Britannia marches on PC on April 19. What do you think? Interested in this historical game of thrones?