2010. Tales of (possibly) drunk Apple employees having misplaced their precious cargo notwithstanding, it's been a really exciting year for the smartphone industry in general. The Android Alliance stepped up their game this time and even though no singular device was deemed to be top trout, the impressive array of devices running the Android OS made everyone sit up and take note. HTC, Apple, Motorola, Samsung, Nokia... everyone came out with their own piece of cutting edge hardware to appeal to the masses of growing smartphone users. Let’s take a look at what this year had to offer. 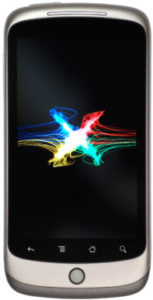 Released in Q1 of 2010, this piece of mobile tech was Google’s flagship device, manufactured by HTC. It had noise cancelling microphones, GPS guided navigation, voice-to-text transcription, just a few of the features which would become fairly standard on newer devices. Also among the first smartphones to utilize a 1Ghz Snapdragon processor. Among geek circles, this was considered to be the first truly viable alternative to the iPhone. 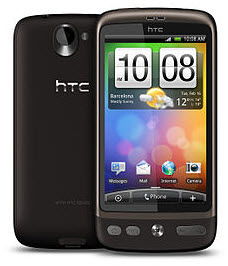 Having slight physical & software differences with the Nexus One, this device was launched shortly after the latter and won the "Phone of the year" award at the annual T3 awards in October 2010. An optical trackpad, HTC’s Sense UI, upgraded RAM all contributed toward cementing it’s position as the best all-round smartphone.

This gigantic looking slab of techno wizardry has a 4.3” screen to accommodate the largest opposable thumbs, such as those sported by this scribe. The hardware is very similar to the Windows Mobile based HTC HD2, which doesn’t make it in this list as it was launched in 2009, and doesn’t feature Windows Phone 7 which came out this year. 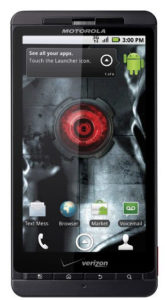 A harsh industrial design and the legendary Droid “eye” in addition to the latest hardware and Android OS make this the Droid to have.

The drama surrounding this phone’s release is all well documented, from MIB style tactics to reclaim lost prelaunch units to devices turning up in places as far as Vietnam. The “death grip” antenna issues weren’t enough to sway buyers who were wowed by the Retina Display and the sleek glass finish of the device, which admittedly makes it a little more prone to accidents...

One of the first devices to showcase Windows Phone 7. It’s hardware specs rival any top end smartphone. Other devices such as the multimedia oriented HTC Surround are also worth looking out for.

Exactly what made the design team come out with Kool-Aid themed skins for this phone, we’ll never know. I guess, given enough time, fluorescent glow in the dark casings might become available. Jokes aside, this phone has a lot to go for it. The 12MP Carl Zeiss optics with Xenon flash coupled with that anodized aluminium shell make it stand out, despite its underpowered CPU and the aging Symbian^3 OS. Nokia manages to make a device worthy of consideration. Just.

Dell deserves recognition. This phone features Gorilla Glass and may be one of their best yet. Fairly glowing reviews of a preproduction unit can be seen at Engadget. http://www.engadget.com/2010/10/11/dell-venue-pro-aka-lightning-first-hands-on/ 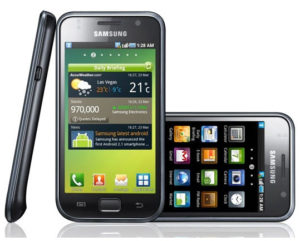 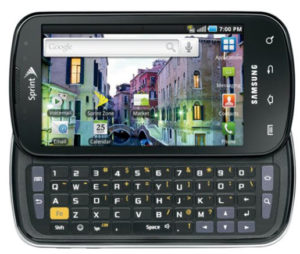 The Epic 4G is based on the Galaxy line-up and has one of the best QWERTY keyboards seen on any smartphone.

Although only just released, test units have been given favourable reviews. The Desire HD with the  new SnapdragonQSD8255 1 GHz processor and 768 MB RAM means business. While the slightly slower & smaller Desire Z with dedicated shortcuts on the QWERTY keoboard for common functions will appeal more to folks who frequent social networks.

So there you have it. Some of the more remarkable pieces of consumer mobile tech in the smartphone market. Time to gear up for the dual core devices coming in 2011.