Gone are the days when iOS users had all the fun when it came to the availability of high quality mobile games. Android has steadily caught up with the fast moving smartphone gaming and is now equipped with some really good games. The Play Store is stacked with loads of free games, but by spending a little amount you can get the best games on your Android phone.

We have curated a list of top 10 best Android games. Most of the games that are mentioned here are either free or available for a petty amount. Whether you are a lover of Arcade games or like being challenged in a game of puzzle, you will find just what you need. Scroll down to check out the games!

"Sky Force 2014" was an immense achievement and with the "Reloaded" version, the game gets better. It is the best contender in the vertical shooting series. We must say that this game will have you hooked for hours to your smartphone. The story continues where it left in Sky Force 2014, It now has General Mantis' daughter fighting for her father's lost glory. To succeed in the game, you have to collect medals and get promoted to new levels whilst fighting in a warship and surviving through tough attacks. The difficulty levels are sub-categorised as Hard, Insane, and Nightmare. After collecting all the four medals, you will get introduced to new levels.

CrashLands debuted last year, but we still consider it as one of the best Android games that you must have on your phone. The protagonist in the gameplay is an intergalactic trucker who crash lands on an alien planet. Now, your mission is to make sense out of the new planet and set up a base while collecting items. The main mission is to save the world from baddies. It has endless gameplay hours and you will not get bored because there are so many sub plots to keep you hooked. The biggest factor is that the game has one-time fee of $4.99 and after that there are no in-app purchases. You will have the complete game without any unwanted pop-ups for purchases.

Reigns is a perfect fit for those who like playing the King. The gameplay is pretty simple, but the player needs to use his wit to stay in the game. As the king, your main agenda here is to keep your kingdom running smoothly by staying touch with the advisors, citizens, witches and other characters. You can also choose your adventure in the game by swiping. Your decision making skills are at stake in this game, as every decision will have an equal reaction on all the four elements of your kingdom - religion, natives, the army, and treasury. In case, you fail to run the kingdom smoothly, your reign will have an unfortunate end. The game, however, does not end on that note, the player gets a new reign as the successor of the previous failed king and his job is to run the new reign longer than the previous king.

A Boy and His Blob

A Boy and His Blob is an overhauled version of the old NES game with the same name. Being the new version, it has better graphics. You will take the role of the Boy, whose prime duty is to dethrone the bad ruler and save the world. You will also keep feeding food to your blob and it will change shapes to help you in puzzles and also go from one place to another. It costs $4.99 and won't show any in-app purchase pop-ups. An overall nice game to pass your time.

Brothers: A Tale of Two Sons 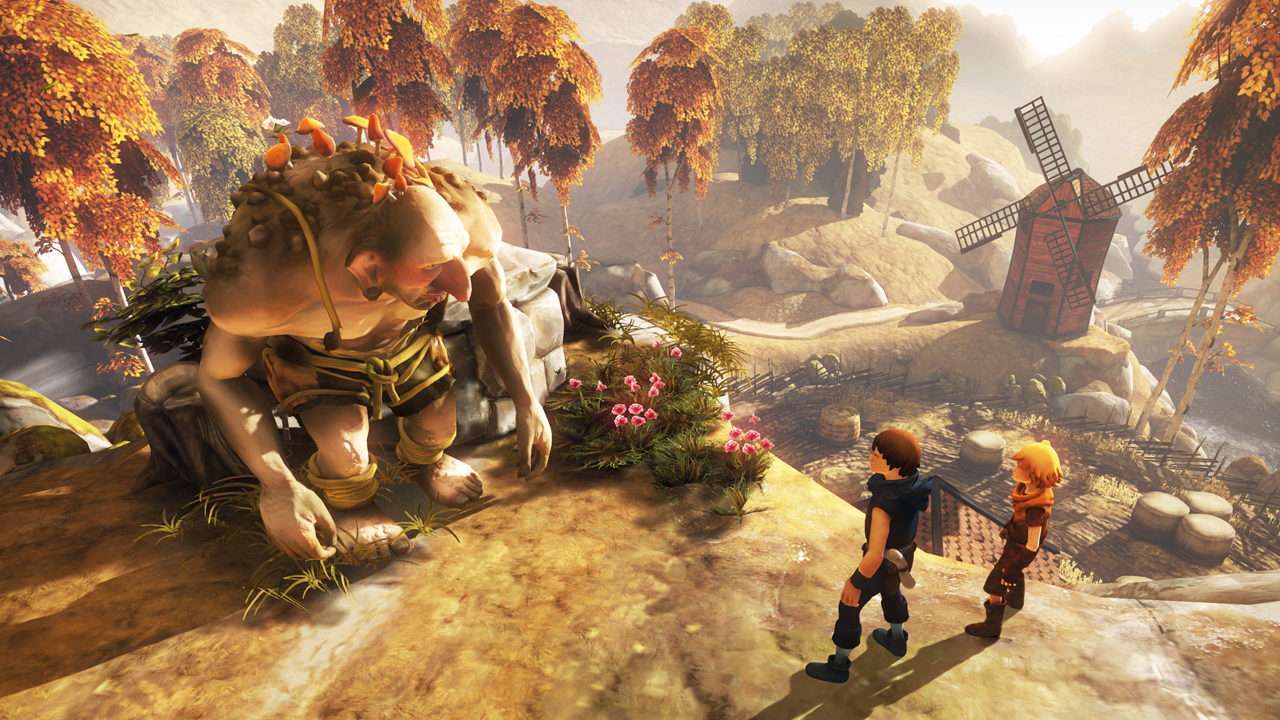 This one is the Android version of the already popular "Brothers: A Tale of Two Sons" game on Xbox One and PS4. It entails a rather emotional gameplay which is based on a story of two brother who are recovering from the loss of their mother and now they have to embark on a journey to save their ailing father. The only thing that will cure their dad is water from Tree of Life. The trail that leads to the Tree of Life is full of danger and the agenda of the game is to survive through these challenges and get the water. As the player, you will have control over both the brothers with two on-screen joysticks and it will take some time to get used to both the controllers. The graphics in the game are on the point and you will find yourself engrossed in the storyline.

If you're a fan of Zombie fantasy then Unkilled will win you over at the first sight. The game has a zombie shooter as the protagonist and you will be playing as him to complete more than 300 missions. It has various boss showdowns and trails for collecting weapons and upgrade your ammo. The graphics are good and with so many mission on the cards, the game will keep you busy for long.

A simple space shooter game with enhanced graphics and gameplays. It keeps most of the things just like the previous galactic ship shooter games but it is also moderated to compliment present gaming styles. Players just have to tap and drag their fingers acoss the screen to play the game, and there are also power booster in the game that give speed boost to your ship. With every level, the game gets tougher and you also get chances to collect coin for fetching new ships. Every level on Galactic Nemesis involves four episodes and there are four levels in the game. The first galaxy is open for all while the other three galaxies require a payment of $1.99. There are no ads in the game and you get to play over 50 challenges.

The snake game on Nokia phones gets a complete makeover with the Slither.io, which is a multiplayer game that it is pretty addictive. It lets you move freely with 360-degree movement. The gameplay is the same, the snake gets bigger with every pellet. Being a multiplayer game, you are competing with other players who are after the same pellets. The showdown takes place in a circular battle arena, and you can cut other snakes to get your chunk of the pellets.

Star Knight is a true blue performer in the arena of action games. It has beautiful graphics and a pleasantly challenging gameplay. With every level, the fight gets tougher. With hours of gameplay and addictive interface, we think that the Star Knight is the game that you must try. It costs $2.99 and has no further in-app purchases.

The latest one to join the The Room series and it is the best puzzle game that you can have on your smartphone. For the unaware, The Room Three present to you a series of objects placed in a room and you must solve the secrets to unravel the puzzles and win the game. The new edition in The Room Series is geared with cloud saving, alternate endings, and lot more.

These were the top 10 Android games that we found worth featuring on the list. In case we have missed any game that you think deserved a spot, you can let us know through the comment section below.