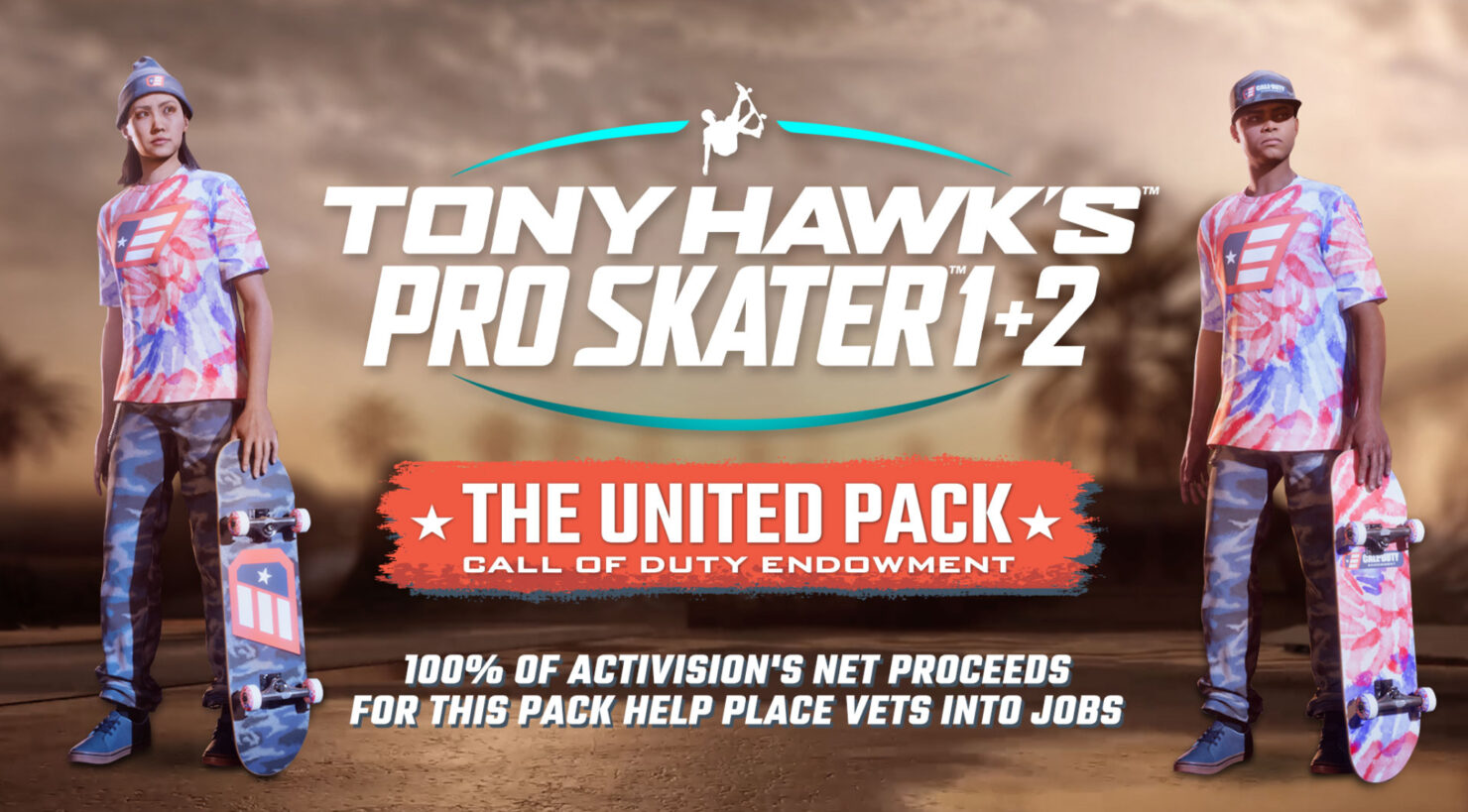 The Call of Duty Endowment (C.O.D.E.) fund has been a long-running Activision charity that raises funds to aide military veterans in job placement. To fund the C.O.D.E. project, Activision routinely sells a bit of limited-availability cosmetic DLC with “100% of the net proceeds” going into the fund. While it’s traditionally been exclusive to Call of Duty, hence the name, Activision is trying something new out this year with a bit of paid DLC for Tony Hawk’s Pro Skater 1+2, the first since the skater simulator launched with a Digital Deluxe Edition.

Tony Hawk’s Pro Skater 1+2’s United Pack features a selection of seven pieces of cosmetic attire for your Create-a-Skater. These pieces of tie-dye attire are designed by the artist It’s a Living (Ricardo Gonzalez). As these are exclusive to your created skater, don’t expect to see Officer Dick hitting the halfpipe in a pair of patriotic digs.

Tie-dye isn’t the only pattern featured in the United Pack. The Create-a-Skater bundle also includes traditional military camo, as an homage to the Endowment’s impact for veterans. The full contents of the pack include:

The United Pack for Tony Hawk’s Pro Skater 1+2 is available now on all supported platforms for $4.99, for a limited time. According to Activision, the C.O.D.E. United Pack will be available until December 31st, 2021, or until $500,000 is raised.