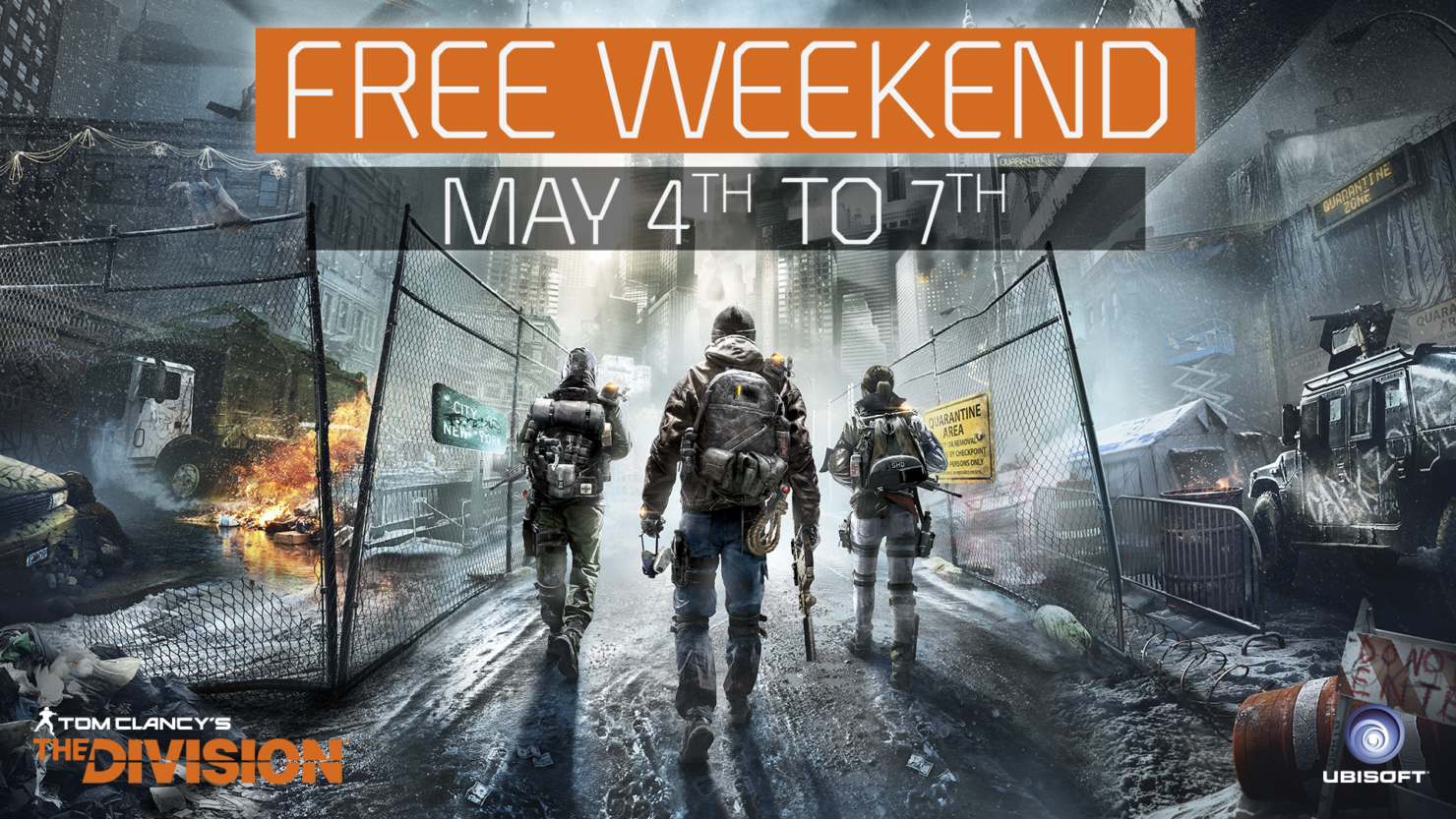 Ubisoft announced via press release that Tom Clancy's The Division will get a free weekend from May 4th to May 7th, on all platforms (UPlay PC, PlayStation 4 and Xbox One), at the following times:

Moreover, there will be discounts on all digital stores during the weekend. All progress made in this period will carry over should you then choose to buy the full game, by the way.

Massive revealed a couple months ago that it's working on a game set in the Avatar universe with the same Snowdrop engine seen in Tom Clancy's The Division, but that shouldn't worry fans of The Division.

Creative Director Julian Gerighty said a while ago:

Massive is growing incredibly fast, and the announcement for Avatar is new for everybody, but it’s not news for us. This is something that’s been in the works for a while. The studio here is already much bigger than it was at the time of the release of The Division. The second thing: it’s not just Massive behind The Division. This is an alliance of different studios – Massive in Sweden, Ubisoft Annecy in France, Reflections in Newcastle, and of course, Red Storm in North Carolina. There’s a huge amount – hundreds of dedicated developers – working on Year One and Year Two Division content.

Are you still playing The Division or did you get tired of it? Let us know in the comments section.