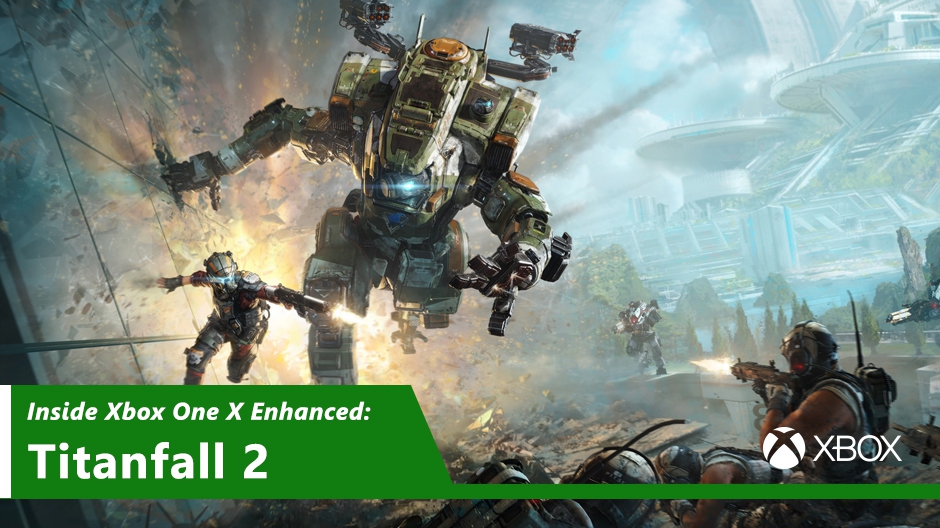 Something appears to be amiss with Titanfall 2 on the Xbox One X as the PS4 Pro version looks and performs better.

Titanfall 2’s Xbox One X update was deployed last week, but it seems that there’s something wrong with the update as the PS4 Pro version of the shooter is simply offering a better overall presentation than its more powerful counterpart. Giving the One X’s memory bandwidth advantage and over 40 per cent of extra GPU computing power, this clearly shouldn’t be the case. Following their testing results, Eurogamer’s Digital Foundry has shared comparison shots with Respawn Entertainment, and the developer has stated that the development team is investigating.

Bearing in mind that some elements of the rendering pipeline are locked to 4K internally (a 2.25x increase in precision over Pro), perhaps we should expect some parts of the presentation to be hit harder than Sony's hardware, but by and large, a pattern emerged during our playthrough of the campaign's initial stages - the simpler scenes with less action tend to resolve at higher resolutions. Meanwhile, action-packed or more complex scenes offer up a presentation more in line with PlayStation 4 Pro, or indeed resolving at a lower pixel count.

Overall, there's the sense that Respawn Entertainment has gone into the game with the best of intentions - level of detail has been pushed up, the dynamic super-sampling does work at the top-end at least, and the team's temporal super-sampling anti-aliasing solution remains exceptional. However, we've got to say that we didn't expect to see Titanfall 2 on Xbox One X handing in lower resolutions than PS4 Pro in any scenario bearing in mind the hardware's huge memory bandwidth advantage and over 40 per cent of extra GPU compute power. As things stand, it's really easy to locate areas of like-for-like gameplay that simply look better on the Sony console, while PC remains on another level throughout.

We shared comparison shots with Respawn as soon as the inconsistencies came to light and the team are looking into it, so fingers crossed that the issues are resolved in a future title update. Gameplay remains as good as ever and obviously, there is a night and day improvement over the base Xbox One version of the game, but as things stand, Sony's hardware seems to be offering the most consistent console experience overall right now.

We suggest reading Eurogamer’s full article for additional details on the Xbox One X/PS4 Pro differences.

Both the Xbox One X and PS4 Pro are available globally now.