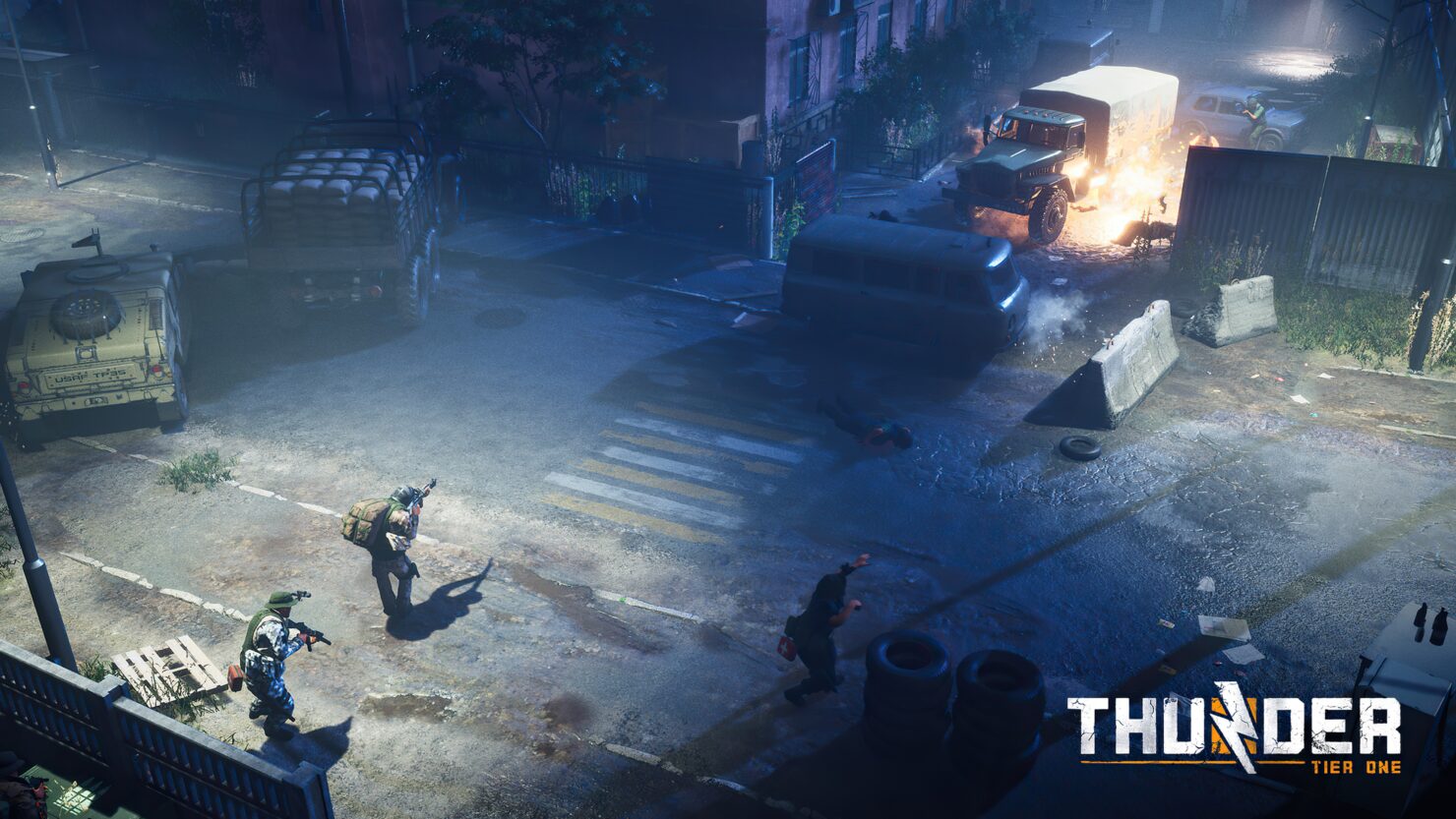 Thunder Tier One, originally a passion project designed by PLAYERUNKNOWN’S BATTLEGROUNDS’ Head of Action and Gunplay Unit Pawel Smolewski, materialized as a full-fledged game backed by KRAFTON at The Game Awards 2020.

Now, the top-down real-time tactical shooter is being tested on Steam as part of Gameplay Preview Bravo, and we've got five hundred codes that will immediately let you into the fray. The keys will be distributed on a first-come, first-served basis; unlock yours through the Gleam form below and then redeem it through Steam.

The test will be live until Sunday, August 1st at 18:00 CEST / 09:00 PDT / 01:00 KT, featuring newly available game modes Exfil and Domination, as well as three campaign missions – Silver Dew, Cold Stone, and never before released Blue Typhoon. Fans can play Thunder Tier One single or co-op, depending on the game mode.

Thunder Tier One puts you in the shoes of a tier one operator in a 10-mission story driven campaign across various scenarios and environments with a set of PVP game modes that are bound to challenge your skills and tactical awareness.

While Thunder Tier One can be played solo (with AI teammates), the game is designed to be enjoyed in 4-player co-op mode. Invite your friends or team up with strangers! Communication is key and each mission allows for multiple tactical approaches.