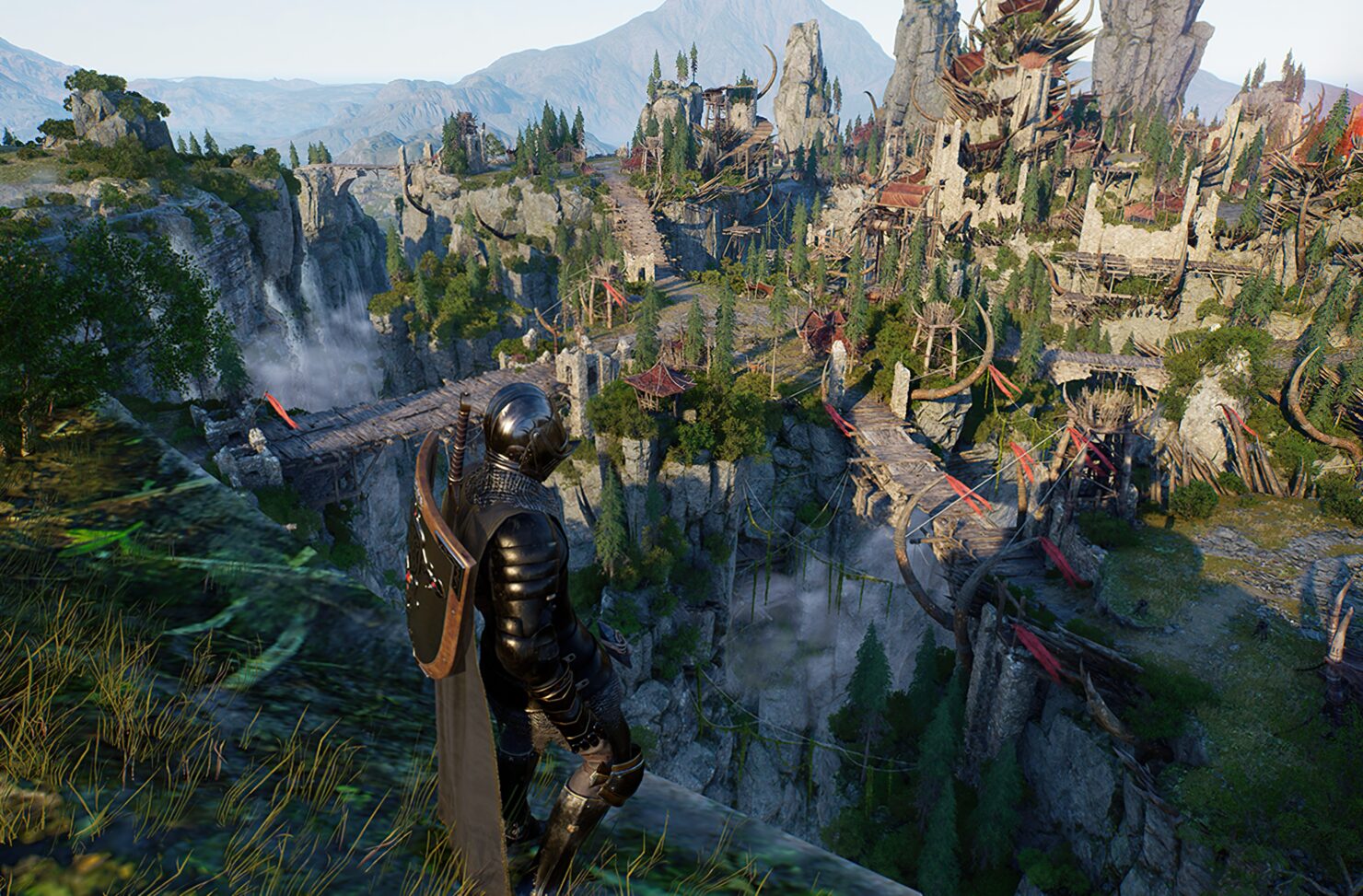 Originally conceived as the next chapter in Lineage before evolving into its own IP, Throne and Liberty is targeting a global launch in the second half of the year for both PC and consoles.

NCSOFT revealed a lot of information about the game's systems and content through a developer interview. It seems like the game will incorporate several next-gen features to make the world feel more immersive and dynamic. Ahn Jong-Ok said:

For example, there have been various attempts to make field play less monotonous. Even in the same area, the terrain may change as the weather changes, the flow of battle may change depending on the direction of the wind, and you may encounter new mobs over time. Hunting methods and purposes are constantly changing accordingly. The field, the environment, and the player, these three factors influence each other, and we put a lot of effort into making the play come out in different ways even in the same area. Various variables are expected to create a variety of play.

In Throne and Liberty, environmental factors such as day and night, rain, and wind change every moment. For example, when shooting a bow, the direction and strength of the wind affect the range, and if you use lightning-type magic when it rains, a skill that only attacks a single target when it is sunny is changed to a wide-area skill. There are also things that affect the terrain. In siege warfare, there are several ways to infiltrate the castle, including through the castle's underground sewers. However, when it rains, these places can fill with water and turn into an unusable route.

NCSOFT is also striving to create challenging PvE content, instead of just PvP content as they did with previous titles.

NC's existing games had a lot of content that focused on players' competition. Of course, in certain classes and regions, it can make the blood boil and provide a lot of fun. The reality, however, is that far more players are more interested in overcoming well-designed challenges than competing to reach their apex. So, when making Throne and Liberty, I tried to place a lot of these challenging contents. In particular, you can feel these points well when attacking boss monsters, and it can be cleared only if multiple players understand the characteristics and skills of each boss well and cooperate by using their abilities well.