Application monetization firm IronSource is rumored to be considering a merger with Thoma Bravo Advantage -  a special purpose acquisition company (SPAC). IronSource develops tools that allow application developers to determine how well their products are generating revenue, and it provides them with analytics to determine the success of advertisement campaigns.

Rumors of the deal, reported by Bloomberg, state that Thoma Bravo is currently looking to raise as much as $1 billion in equity. If it succeeds in doing so and should the pair merge it's expected ha the combined entity could have a market value exceeding $10 billion.

The report from Bloomberg provides few details about the deal except that it's being considered, the amount of capital that Thoma Bravo Advantage is looking to raise and the combined entity's value. This suggests that discussions between the two firms are in the early stages, and as the publication goes to caution, they could fall apart at any moment. Additionally, a timeline for a potential announcement is not available either.

IronSource (officially dubbed as ironSource) fits the category of companies that the Thoma Bravo group generally targets, due to its cloud-based software model. Thoma Bravo's other companies cover various sectors ranging from infrastructure to security, applications and financial technology. Included in the list is also SolarWinds, a network systems and information technology infrastructure management firm that came into the limelight following data breaches in several United States government agencies that resulted from the company's Orion platform. 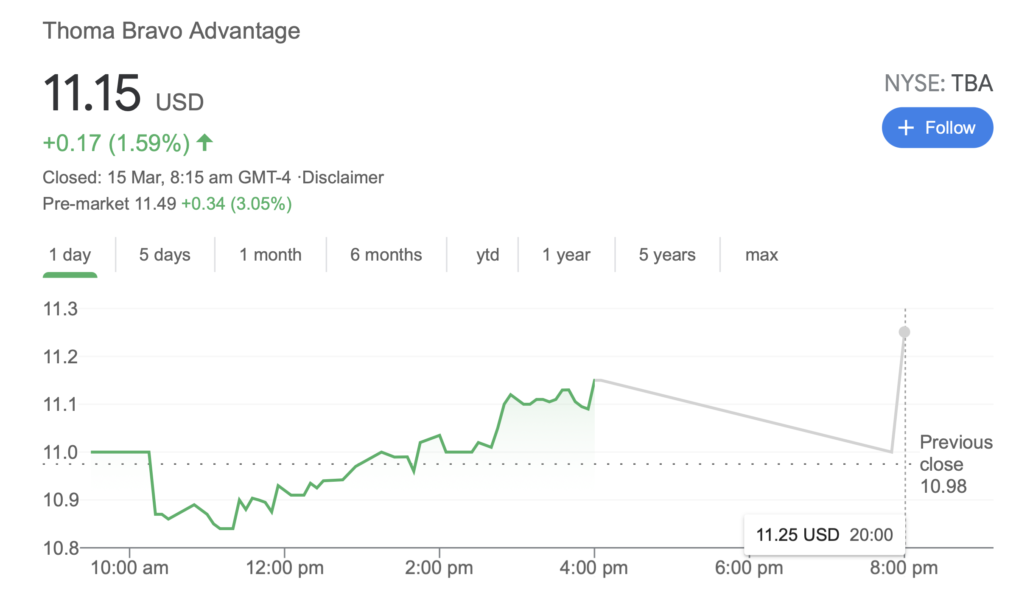 Investors were left unimpressed as rumors of Thoma Bravo Advantage and ironSource broke.

IronSoure was founded in 2010 and since then the company, which is headquartered in Tel Aviv, Israel, has expanded its operations to establish offices in 12 cities. Along the way it has also made a string of acquisitions, targeting companies ranging from mobile game developers, video technology firms and advertising technology firms.

Today's report is not the first time reports of a deal for IronSource have surfaced. The company was also rumored to be the target of an acquisition by a Chinese firm for a price of $1.8 billion. IronSource's value soared in 2015 to ~$1.5 billion after it merged with Supersonic, another Israeli firm and the new entity did not change its name.

Last year it announced the creation of its own game studio called Supersonic Studios. The studio will help developers create advertisement-based games, and the move places IronSource in competition with its own customers.

Retail investor interest in the deal is unlikely to match other SPAC-fuelled sectors such as electric vehicles due to the lack of knowledge and interest in cloud-based software firms such as IronSource. Such firms are an integral part of the digital economy that is worth billions of dollars and which grew in importance in the wake of pandemic-induced spending and entertainment patterns.