This is My Favorite Guitar Tuner App for iPhone / Android, And it’s Free 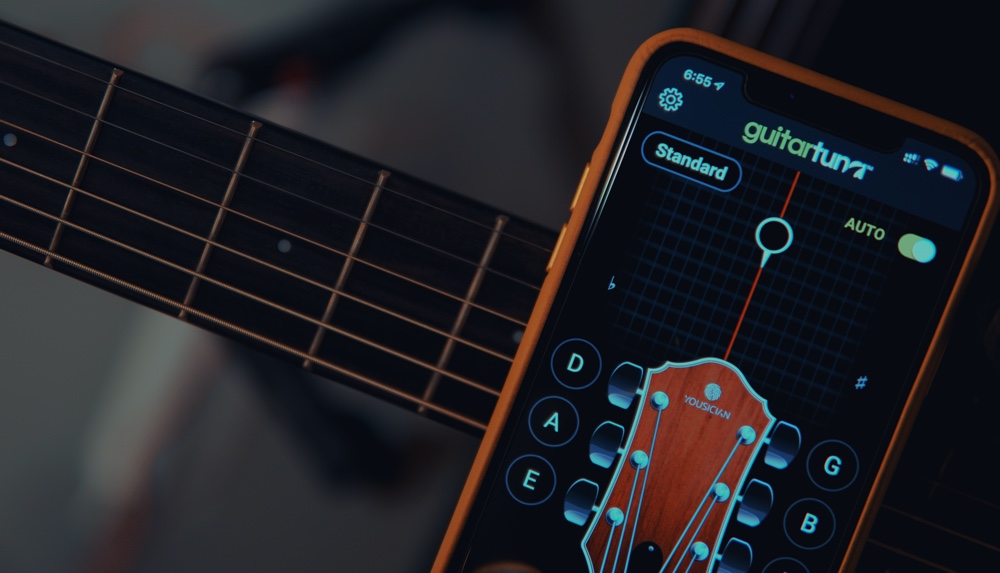 I've been playing guitar for a number of years now and only a while back I threw away my Korg GA-30 guitar tuner in favor of an iPhone app.

Note: Before someone says it - this is not sponsored or anything. I actually use this app personally and I find it great enough to actually recommend it to aspiring players out there.

I have been playing guitar for a number of years now and have always relied on two guitar tuners in total. One is built into my Line 6 Spider guitar amplifier, while the other one is a Korg GA-30 tuner. Yes, the latter is pretty old and I got mine in 2008. It still works!

But, times are changing. Our phones and tablets now have excellent microphones, meaning it was time for me to ditch the Korg tuner in favor of an app because why not! So, like any other average person I searched for 'guitar tuner' on the App Store and GuitarTuna popped up. It had high ratings, good reviews, so naturally I downloaded it. And since I started using it, I've never touched the Korg tuner again.

I'm not going to deep-dive into how the app works but only tell you that the 'tuner' part of this app works absolutely flawlessly every single time. Never ever I had the moment where I felt the app was going to give up on me. And it's super accurate, thanks to the great microphones that now ship with our phones.

There are two ways you can tune your guitar using the app - manual and auto. By default, it's set to auto and it just detects the tone of the string and you can match it up with the graphic on your phone's screen. In manual mode, you select each string manually and tune it up. I would suggest doing things in full auto as it makes everything pretty easy. But it's your choice how you want to navigate the water.

If you are a beginner, there's a built-in chord library and a metronome in this app as well. It's super easy to navigate and you will be playing everyone's favorite song Wonderwall in no time. But seriously, don't be that guy at parties. 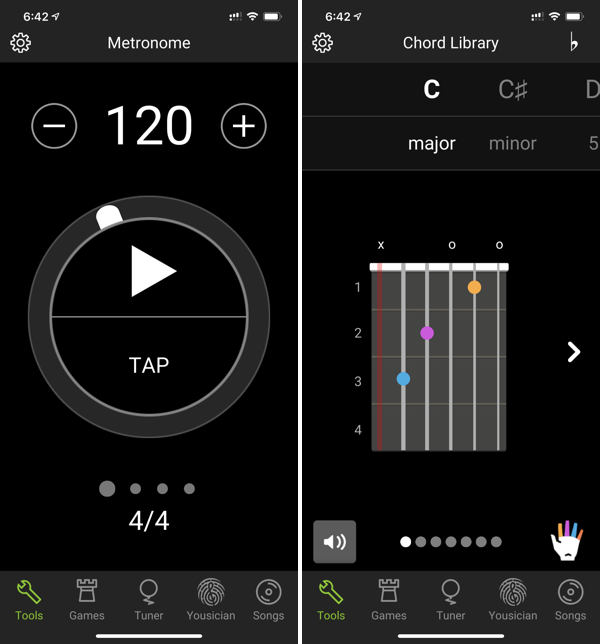 The app jumps straight into the tuner every single time you launch the app. You don't have to press an extra button or anything. It's ready every time. That's something I can't say about a lot of apps.

Obviously, the app is not limited to just tuning the guitar. It works with Ukulele, bass, violin, folk instruments and a lot more.

You can download GuitarTuna from the links below. It's available for both iPhone and Android.