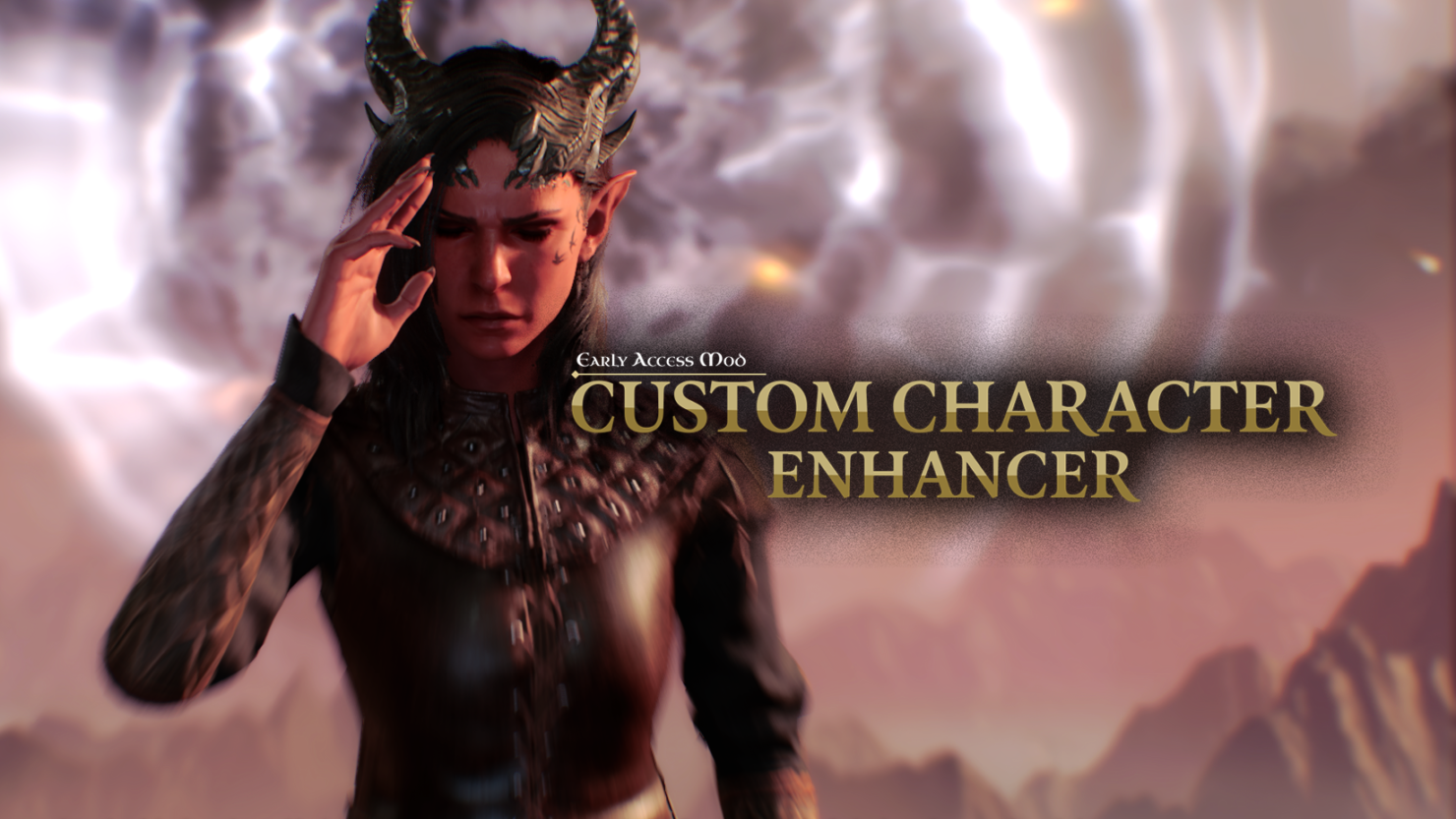 Larian Studios’ highly-anticipated new Baldur’s Gate installment was released in early-access earlier this month, and the developer has provided players with a character creator with plenty of options. Interestingly, as revealed earlier this month, a lot of players just appear to settle with the default characters for each race and gender.

“Congratulations, you’ve basically made the default Vault Dweller. What the hell guys. We gave you demon eyes, horns, and even tails. We are sorely disappointed. Go crazy. We worked hard on this!”

Now for those more creative, modder ‘AlanaSP’ has released a new modification that offers even more choices for players when creating their toon, including additional face options and hairstyles for all races.

Installation of the ‘Custom Character Enhancer’ mod is fairly easy and only requires adding a few lines to the game’s modsettings.lsx file. We’ve included the installation instructions down below.

.lsx files can be opened with notepad, i recommend notepad++ but bog standard notepad will do the same job.

Baldur's Gate 3 is available now via early-access. Be sure to check out our very own preview right here. We've included a tiny paragraph from this preview below.

Every single bit of this will put you at the whim of the gods of the d20. I'm already getting to the point where I'm thinking about creating a shrine to the damn thing in hopes that the game realises that I would very much like to beat rolls of 7, thus making me slightly more persuasive and welcome than a plague addled leper trying to get into a hugging contest.