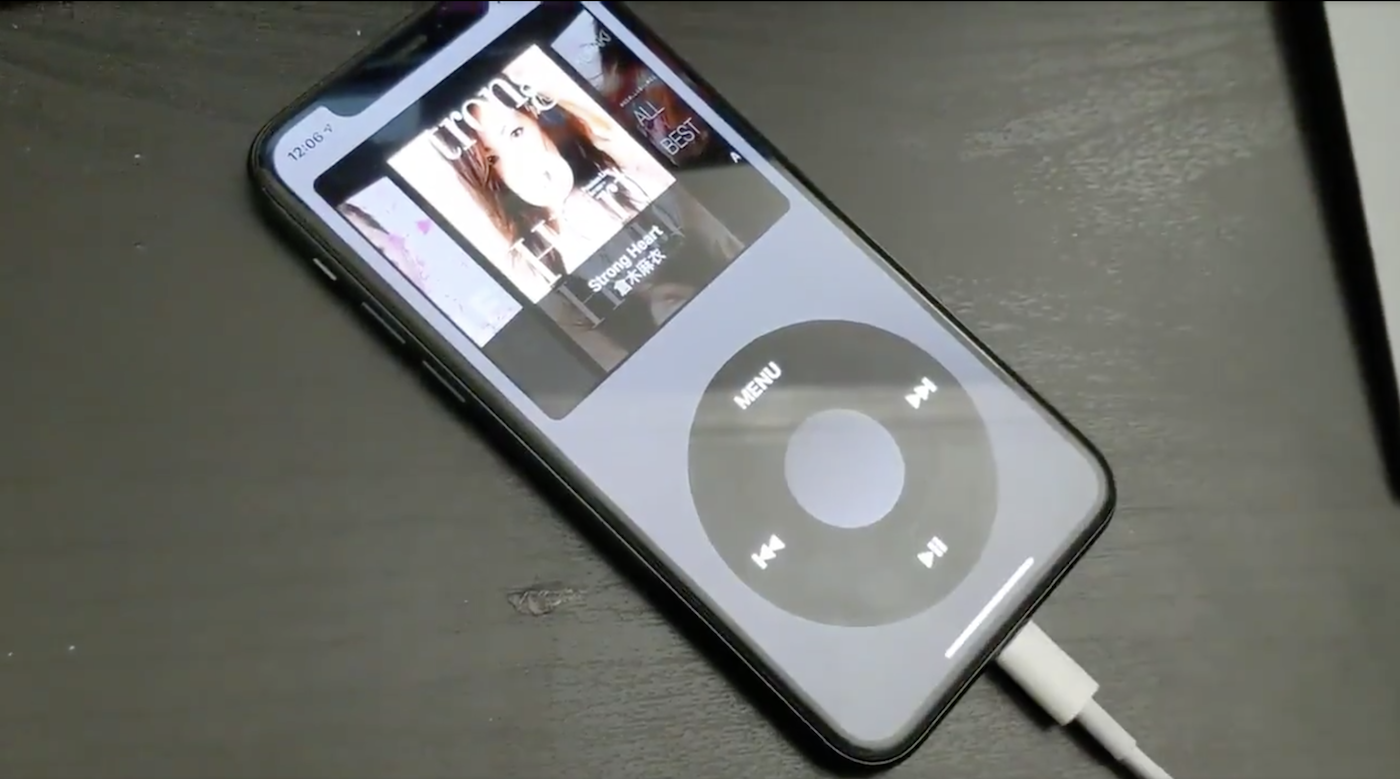 An app concept shows how the iPod click wheel and cover flow UI would look like on the iPhone's touch screen. Developed in Swift, the app is a proof-of-concept by designer/developer Elvin Hu, who showed his creation in a video on Twitter.

Elvin Hu used SwiftUI to turn the classic iPod user interface into a music playing app. The click wheel works by swiping a finger over it to rotate the cover flow interface. The cover flow interface shows a list of different music albums. In case you are a fan of the cover flow, Apple used to have it on iPhone as a part of the music app, but removed it in iOS 7. Users could use it even in landscape mode, and tap on an album to flip it around and see a list of tracks in it.

The Verge reached out to Elvin Hu and got the following response regarding the iPod Classic UI:

“I’ve always been a fan of Apple products since I was a kid,” revealed Hu in an email to The Verge. “Before my family could afford one, I would draw the UI layout of iPhone on lids of Ferrero Rocher boxes. Their products (among other products, such as Windows Vista and Zune HD) have greatly influenced my decision of pursuing design as a career.”

Here is a video of the iPod Classic app in action:

Turned my iPhone into an iPod Classic with Click Wheel and Cover Flow with #SwiftUI pic.twitter.com/zVk5YJj0rh

Even Tony Fadell, the father of iPod, noticed Elvin Hu's creation and praised it on Twitter.

Before you get excited and fire up the App Store to download the app, it is not available for sale. Elvin Hu understands that Apple has patents and copyrights to not allow the release of the app in the App Store. Elvin's app uses Apple's design without permission, which is not something the company takes kindly to. Judging by the response on Twitter, users would love to have such an app on their iPhone. The nostalgia is just too strong and many users, including yours truly, never had an iPod Classic and would love to have it as an app.

Elvin plans to complete the app development by the end of this year. If Apple rejects the app, he might open source it, which should allow users to side-load it on their iOS devices.

We hope that Apple officially allows this app in the App Store though.