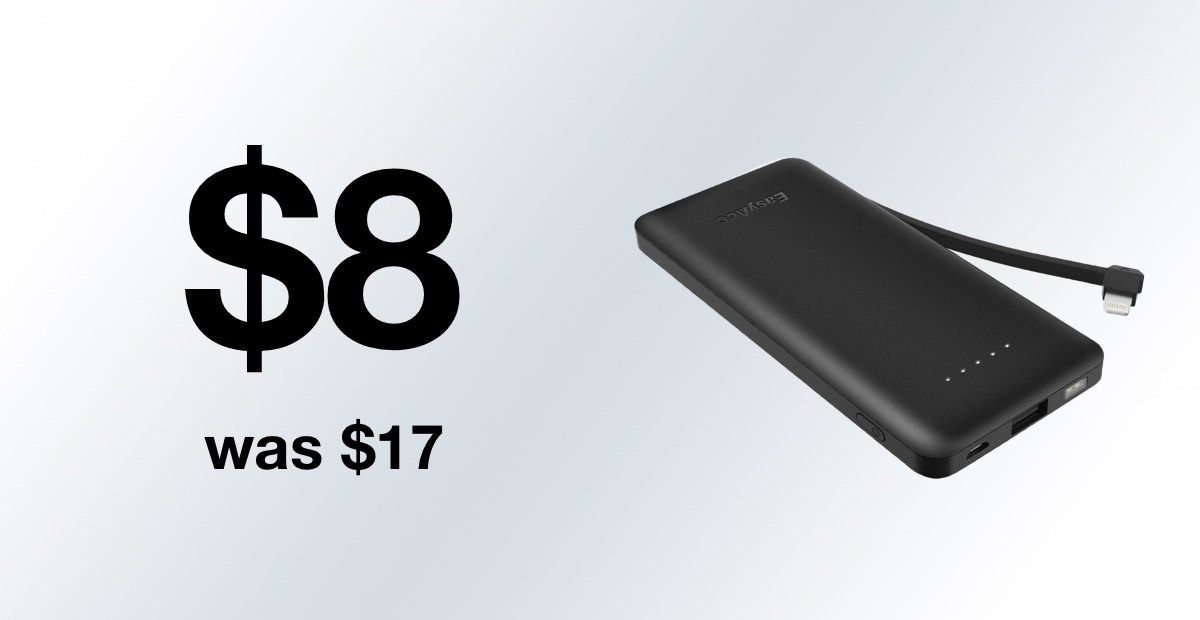 Here's your chance to pick up a brand new 6000mAh power bank with a built-in Lightning cable for just $8.

Having a power bank around is a huge blessing these days. Just plug your phone or tablet in and you're ready for round two with your device in your pocket. But, it all becomes useless if you don't have the necessary cable to charge your phone or tablet. Luckily, if you are an iPhone or iPad user, then today's deal on a 6000mAh power bank is going to appeal to you the most.

The reason I say that is because the power bank on sale has a built-in Lightning cable which you can easily stow away in the charger itself when you don't need it. But it gets even better - apart from having a Lightning cable with you at all times, there's a USB-A port in this power bank which will allow you to charge up just about anything. So if you have a needy friend around with just a USB cable, simply plug it in and you'll be powering them up too. 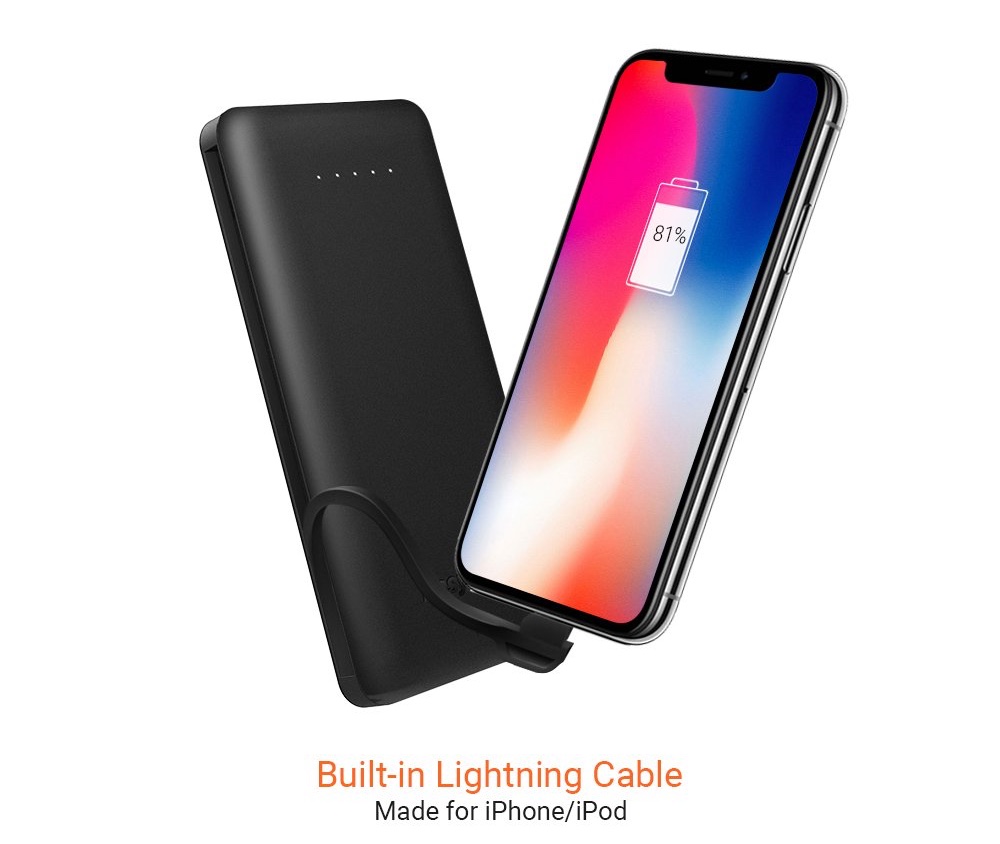 With 6000mAh of capacity you can juice up your iPhone fully and most of your iPad if you so wish. Thanks to that 6000mAh capacity, the power bank is extremely portable and it will easily slide into any pocket you might have on you.

EasyAcc believes that a built-in flashlight will be the icing on the cake so they went ahead and added that too in the power bank. You know, for times when you want to quickly look for something in dark.

If you have not invested in the world of portable chargers then this is a very nice place to start, especially if you are an iOS user. With the built-in Lightning cable, you'll be charging up in no time, something which many other options can't even brag about. Just remember to enter the special discount code at checkout in order to bring the price down to just $8. Hurry up, as stock is extremely limited.