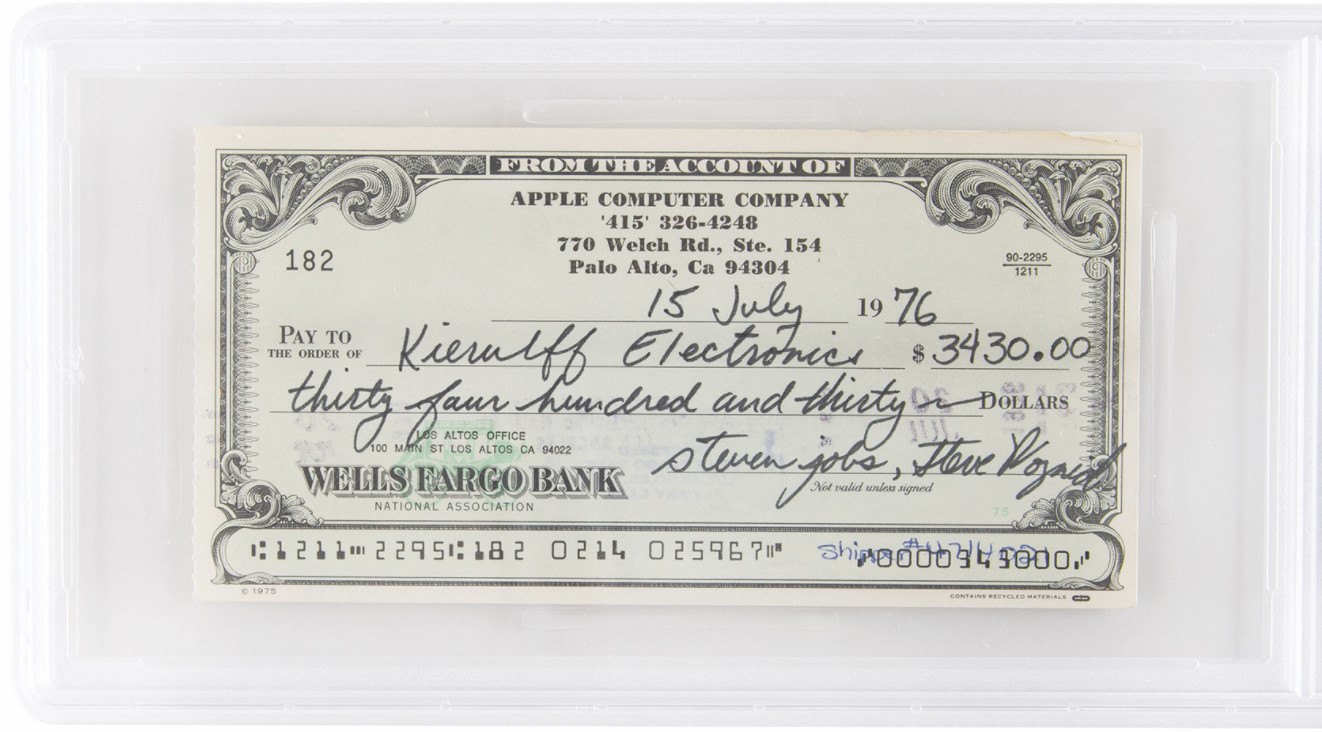 Apple's late CEO left his mark on the entire computer industry. Henceforth, any artifact or memorabilia associated with Steve Jobs is considered rare and sold at auctions for a lot of money. The latest comes in with the "Steve Jobs Revolution" collection. RR Auction is selling multiple pieces of rare memorabilia which includes a signed check by both, Steve Jobs and Steve Wozniak. Scroll down to read more details on the subject.

A Check Signed by Steve Jobs and Steve Wozniak is Seling at Auction For More Than $25,000

The check signed by Steve Jobs and Steve Wozniak dates back to July 15, 1976. The "Apple Computer Company" check is written in the name of Kierulff Electronics for $3,430. One important thing to note here is that the check was written in the same month when Steve Wozniak demoed the first Apple-1 prototype at the Homebrew Computer Company in California.

According to the auction website, the check was likely used to pay for parts that were used to make the second batch of Apple-1 computers. At this point, the Steve Jobs and Steve Wozniak signed check has received a bid of $23,000 and the forthcoming bid is set at $25,000. Nonetheless, the auction will run till March 17 so the bids could go a lot higher.

The rare artifact is part of the ongoing themed sale which shares the history of personal computers. RR Auction is also selling a yearbook signed by Steve Jobs at auction which contains freshman photos from college, an Atari Job application signed by Jobs, business cards, and much more.

This is all there is to it, folks. We will share more details on the Steve Jobs and Steve Wozniak signed check as soon as further details on available. What are your views on the rare artifact? Share your valuable insights with us in the comments section below.