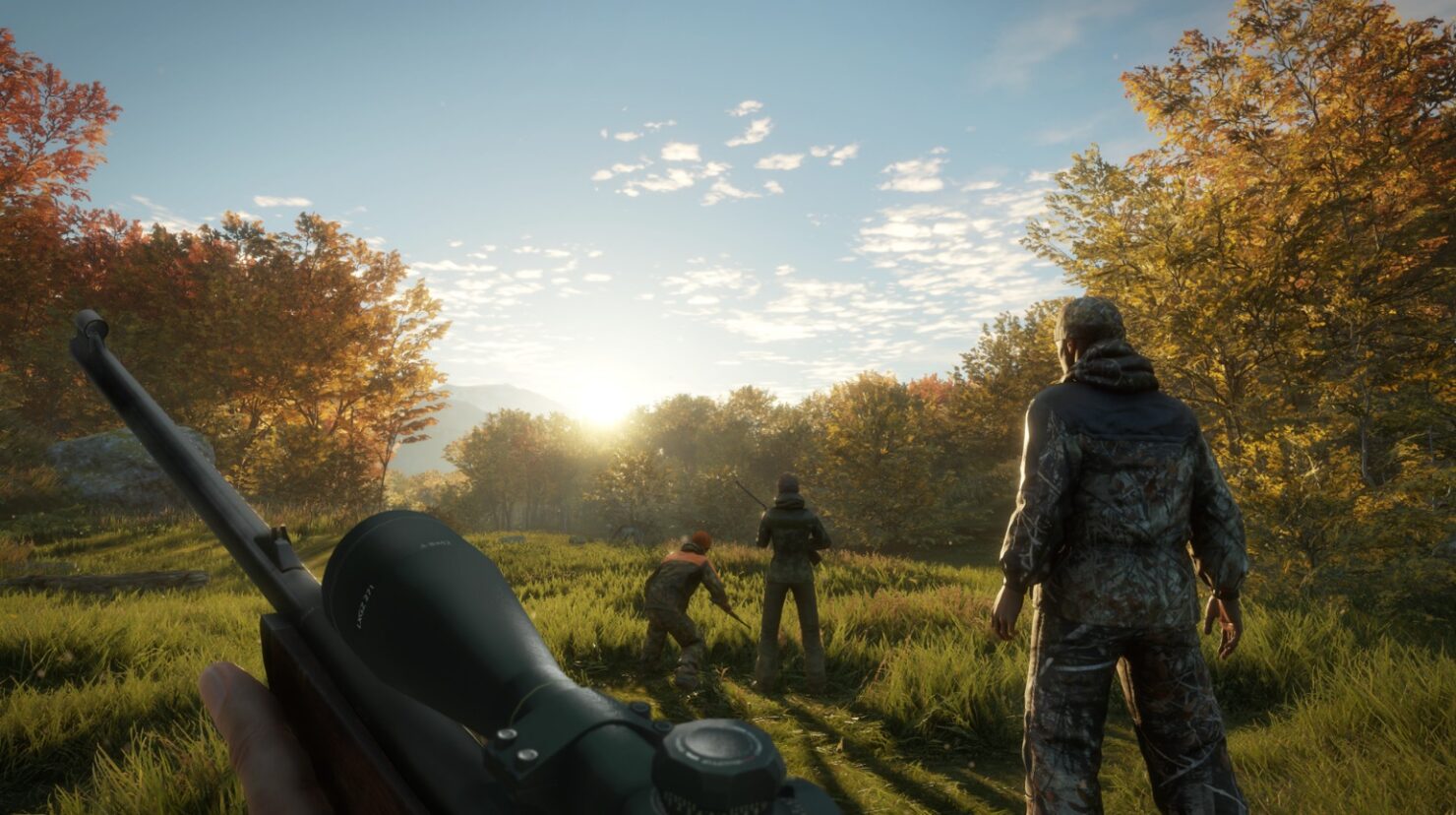 theHunter: Call of the Wild lets you takes on a massive 50-square mile full of all sorts majestic and dangerous fauna.

The game space is up by a number different hunting reserves each with their own terrain and animals. The reserves will have unique animal behavior, day/night cycles, and dynamic weather. The most curious feature is that scents will play into the wind system. It'll be interesting to see how scents play into tracking down your prey.

You'll have a full arsenal of rifles, pistols, and bows that are fully customizable with scopes and ammo on top of developing new skills for your hunter. Even with all the cool gear, you'll still need to pay attention animal movement patterns and be patient enough to learn when to take your shot.

Numerous towers, lookouts, and outposts will contain challenges that you can take part in or you can just venture and try your luck.

Call of the Wild also has eight players multiplayer where friends can cooperate or compete with each other for some hunting hijinx in a ton of in-game events and challenges. You know, because when you're hunting a massive bear, you'll need all the help you can get.

theHunter: Call of the Wild is coming to PC in Early 2017. The trailer below gives us a glimpses that the gorgeous environment where you'll be stalking your future trophy. The game is running on the APEX Avalanche Open World Engine which is why the in-game footage looks pretty impressive.

theHunter: Call of the Wild is the sequel to the wildly popular theHunter game, which has had over 6 million users since its launch. The free-to-play online shooter is playable now on Steam if you want to give it a shot (pun intended).