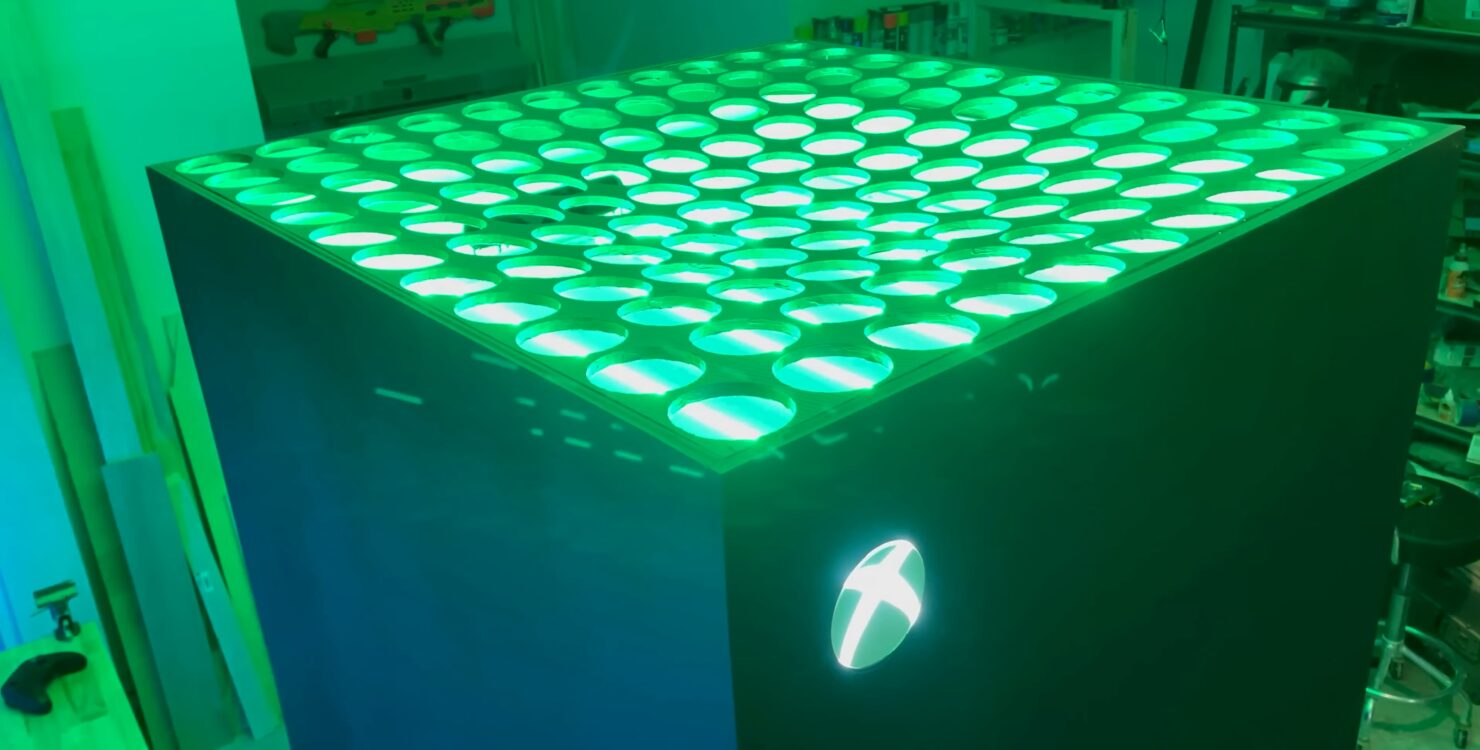 The Xbox Series X is far from being the most compact gaming console on the market, but it seems like the console's size was still too small for someone's taste.

Engineer Michael Pick recently built the world's largest Series X console and detailed the process that went into the massive console's building in a new video. The console is 600% larger than the original, is over 2 meters tall and 1 meter wide, and weighs around 113 kilograms. Interestingly, the huge custom-made console is fully functional, as it contains an actual Xbox Series X inside as well as an Arduino unit that makes the huge buttons on the console actually turn it on.

I teamed up with ZHC to build and customize the World's Largest Xbox Series X! He was shocked to see it, and I loved making it.

Also currently a Guinness World Record! The Xbox was donated to the YMCA YOUTH AND TEEN DEVELOPMENT CENTER in Atlanta, GA.

The building of the largest Xbox Series X console in the world does the exact opposite of another very interesting project that aimed at, and succeeded, in creating the very first PlayStation 5 Slim. This was achieved mostly by replacing some of the console's bigger parts, like the cooling system, with handmade ones that were smaller in size but just as effective.

The Xbox Series X, released in November 2020, is Microsoft's flagship current generation console. You can learn more about the console by checking out Kai's review of the system.