It's November 10th. The virtual queueing you did months ago to guarantee yourself a preorder of Microsoft's most powerful gaming console to date has paid off and you're now the proud owner of an Xbox Series X. Now that you have all of this power in your hands, how are you going to use it and experience the next generation of console gaming for yourself?

After a quick mandatory setup online (Microsoft recommends downloading the Xbox app on your smartphone and following the prompts to help with the initial setup), the Xbox Series X is ready to take whatever you can throw at it. Boasting resolution support for 720P, 1080P, 1440P and 2160P (4K) at up to 120FPS (at 1080P, so far), you'll be able to get the most performance out of the television display no matter how recent your television is. If your display supports Freesync or VRR, the Xbox Series X will also take advantage of those features to help smooth out gameplay. HDR10 is supported for both gaming and videos, while Dolby Vision is currently only available for movies and media. Unfortunately, I couldn't get Dolby Vision to be recognized as a valid feature on my TCL 55R615; perhaps an upgrade to the 635 may be in my near future.

Gone are the Kinect and TV features that were a part of the original Xbox One's launch before slowly being phased away over the console's lifespan. There was a small but certainly established userbase that enjoyed using the Hauppauge TV Tuner or the picture-in-picture mode to catch a game while they game. This time around, Microsoft is laser-focused on making gaming the main attraction to the Xbox Series X but that isn't to say that they aren't open to other forms of video. With the Xbox Series X, you're still guaranteed a UHD Blu-ray drive with Dolby Vision support for all of those nature documentaries you might want to binge-watch as a guilty pleasure. Microsoft has neatly tucked away the IR blaster within the sync button on the front of the console, so those media remotes you bought half a decade ago will also carry over onto the new console generation.

So much of the next-generation experience on the Xbox Series X is built on the existing foundation that Microsoft laid out with the Xbox One and iterated on over the last few years. For some, it might even be impossible to see just where the line between current-gen and next-gen lies with Microsoft's entertainment platform because of how seamless the two blend together. Between the massive shifts in loading times and increased fidelity (resolution and anti-aliasing as well as a framerate bump for titles that offer an unlocked framerate) across the thousands of backwards compatible titles, much of the Xbox Series X's potential lies under the hood. You won't get an obvious readout of how Microsoft's next-generation platform will enhance your gaming experience, but that's something you'll be able to tell for yourself the moment you pick up a controller and start up your favorite game.

The SSD that's included with Microsoft's Xbox Series X (and to be fair, the Xbox Series S and PlayStation 5 as well) could very well be the biggest game-changer to this generation of consoles. Gone are the loading times between hunts where you could viably make yourself a bag of popcorn in the microwave. Instead, you're going to find yourself not knowing what to do with all of that time you're going to save not staring at loading screens. The SSD included in these consoles won't fix every issue from the last generation of consoles (meaning you're still going to have some time to reflect on why you're starting up your eighth campaign playthrough of Grand Theft Auto V) but as we finally progress into the next generation, you're going to see more games take full advantage of the raw power of the drives. And let's not forget how Xbox Smart Delivery will be the first step in that direction.

In addition to the full backward compatibility features on the Xbox Series X, several key titles in the future will leverage a system that Microsoft is calling Smart Delivery for these cross-generational titles. For major titles like Cyberpunk 2077, Yakuza Like a Dragon, Halo Infinite, and many more, purchasing the Xbox One version of a game automatically guarantees the Xbox Series X specific version of software completely free of charge once it's available to the public. For titles that support it on day one, the Xbox Series X will automatically download the proper version of the game for you; if not, you'll still be granted the Xbox One version and access to the Xbox Series X's increased processing power. Then, when those next-gen versions finally launch, Cyberpunk 2077 for example, all of that progress will automatically carry on over into the higher-spec version. Try as I might, I couldn't see any indication of which titles were currently using Smart Delivery in the Games & Apps menu on the Xbox Series X.

The other crucial feature to Microsoft's Xbox Series X that's taking advantage of the SSD is in the new Quick Resume feature. If you were like me and actually owned a PlayStation Vita, being able to pause the console and pick it back up to resume your gameplay at any time was a great feature for commuting or trying to get in a couple of rounds of golf on a smoke break. However, with as great as that feature was, you were only limited to that single game being frozen in time at a time. With the Quick Resume feature on the Xbox Series X|S, players can load up any title in the library and queue it up for playing at a later time. Even this afternoon, I was playing through Ori and the Will of the Wisps for the first time and decided to take a break. Rather than seeking out a safe spot to call it quits, I merely loaded up another title on the Xbox Series X, The Touryst, and started up that one to see what all the fuss was about.

If I ever wanted to jump back into Ori, all I had to do was hit the Guide button and pull the title up from the quick menu (or My Games & Apps) and start exactly where I left off. Reliably, I could get about five titles working with the Quick Resume feature, although online-focused titles like Call of Duty Warzone would boot me back into the main menu due to disconnecting from the server while the game was on standby. Xbox 360 titles, like Lost Odyssey and Asura's Wrath, were less reliable when it came to working with Quick Resume and these would load up as if I were putting the disc in for the first time. Other Xbox One titles like Watch Dogs Legions would also only work with Quick Resume a fraction of the time. However, this could be chalked up to a recent software update that caused some issues with the feature. I don't want to pass judgment too quickly for a key feature that was working before, has a few hang-ups now, and could very well be patched and fixed by the time the Xbox Series X makes its way to consumers around the world.

Microsoft's gamble on the next console generation is that players will want to stay loyal and continue on those adventures they've started so many years ago from when they got their first Xbox. These initial few weeks of the Xbox Series X life will be the least exciting of the next few years or however long Microsoft plans to support the Xbox Series X. What's on the roadmap through the end of the year is a promise of experiences that will look better and play better than what someone can already get on the Xbox One, but beyond that? What of the titles that can push the Xbox Series X's graphical potential to its max or leverage massive game worlds with seamless loading on the SSD? That's when we'll finally see Microsoft's newest console truly find a way to separate itself from the competition but those days might not even come until well after Halo Infinite is released to the world. Microsoft is committed to the dual platforms of the Xbox One and Xbox Series S|X, but will that hold back the potential for their most powerful console to date? That's something that gamers like myself will have to continue following Microsoft to see where that potential takes us.

For now, I view the Xbox Series X as a monolith of untapped potential. What's on offer for players is a chance to play what they already own in the highest fidelity possible and with a level of performance that could never have been achieved on the older console generations. That alone might be enough for players to want to invest for another five-plus years on a single console with the $500 Xbox Series X. The Quick Resume and Smart Delivery features are two of the smartest enhancements I've seen come to a next-generation console. However, does the Xbox Series X truly feel like a next-generation experience that gamers couldn't get anywhere else?

The answer to that question would be a simple yet questioning 'No?' The Smart Delivery titles that are available next week with the launch of the Xbox Series X, such as Assassin's Creed Valhalla, Dirt 5, and others, seem more like PC titles tuned to a higher spec. No doubt these titles will look and run at their absolute best on the Xbox Series X when it comes to choosing between Xbox consoles, but I can't see anything with this console launch that can definitively only be experienced on the Xbox Series X.

Again, I want to stress that our final impressions of the Xbox Series X have not been completely established as of this morning and with the small release Xbox Smart Delivery titles edging out ahead of the November 10th release date, we might not have a confident final analysis until closer to that date. Which I can confidently say is that Microsoft is expanding the lineage of their gaming history with a console that takes full advantage of the two decades of Xbox games, from the original Halo Combat Evolved to the upcoming Halo Infinite and everything in-between. If you already have an established library of Xbox titles and can't see yourself leaving them behind, there should be no fear of wanting to jump in any time you wish. 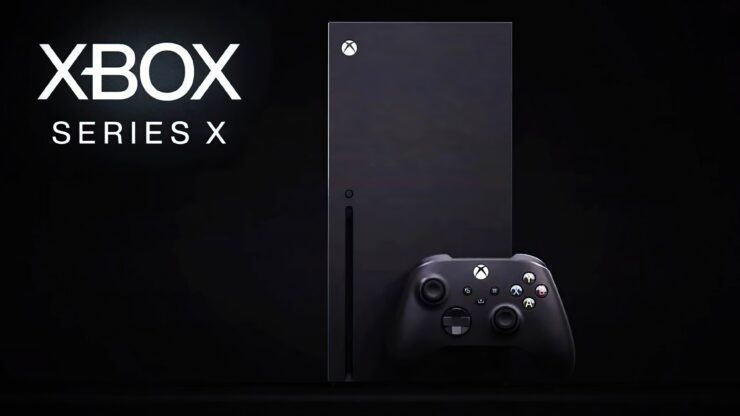