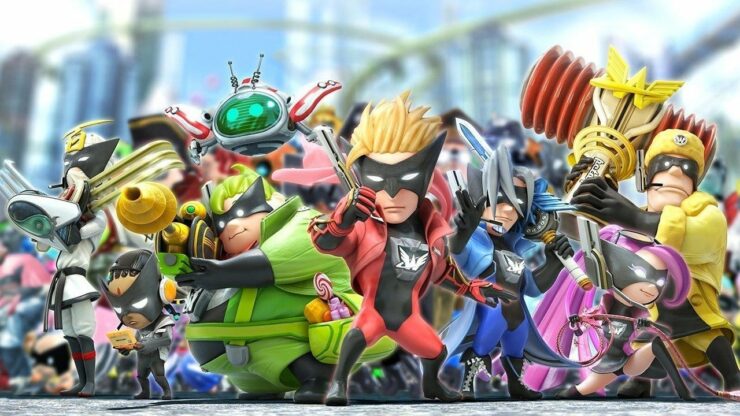 The Wonderful 101: Remastered received on PC its first unofficial patch today, fixing some of the issues found in the game.

The Wonderful 101: Remastered SilentPatch has the remarkable honor of being one of the very few fan-made patches that have been released before the game officially launched, as the game is currently only in the hands of those who backed the game during its Kickstarter campaign. The patch fixes the annoying frame pacing issues that are caused by the game running at 59 FPS.

What are the issues people noticed? There were numerous, but the one which gained my attention the most was broken frame pacing. Wonderful 101 appears to be yet another game from PlatinumGames which locks to 59 FPS instead of 60 FPS, with the earliest known game being Metal Gear Rising from 2014. While the community has figured out the workarounds, they aren’t permanent and thus aren’t optimal. There are a few other issues reported (such as DoF not scaling above 1080p), but those are IMO more likely to be fixed in an official patch than an issue unsolved for at least 6 years.

The Wonderful 101: Remastered also brings removes the FPS limiter and prevents the game from running into windowed mode when pressing Escape.

The modder also explained how he fixed The Wonderful 101: Remastered frame pacing issues. You can find all the details, as well as the patch itself, on his blog.

The Wonderful 101: Remastered launches on PC, PlayStation 4, and Nintendo Switch next week, on May 19th.