The Witness Launches On January 26 2016, Gets Stunning Trailer

After many delays, Jonathan Blow's The Witness is ready to be played by eager puzzle game fans. The game has been announced to be releasing on January 26, 2016 for both PC and PlayStation 4. 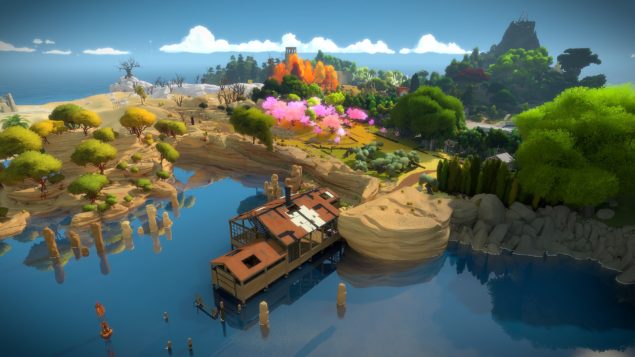 This has been celebrated with a gorgeous trailer that you can find below. Jonathan Blow, President of Tekla, shared more details about The Witness on the official PlayStation Blog:

We’ll be very happy to get the game out into the world, because we’ve been working on it a long time! We originally thought The Witness would be coming out toward the end of the PS4 launch window, but … there’s just been a lot to do. I think when the game is in your hands, you’ll find it to be intricate and deep, and also unlike anything else you have played.

There’s a lot here. When we started making this game, I figured it would have between 8 and 12 hours of playtime. As it happens, the game we’ve finally built is around 10 times as big as that: if you are a completionist who wants to wring every last drop out of the game, you might expect to play for 80 hours, or possibly 100. For people who don’t want to go quite that far, the game’s still got plenty for you.

Last time I posted to this blog was in May 2014. In that post, just for fun, I gave some stats about how many assets were in the game (3D meshes, animations, sounds, etc). Today I went back and took new measurements of all these things; here’s what we have: 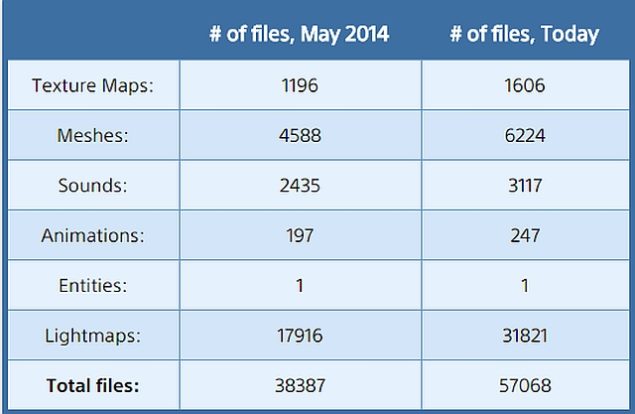 As you can see, we have not been idle! But those numbers will only increase a tiny bit between now and release. For the most part we are fixing bugs, refining the feel of play, and making sure everything is just right for January.

If Braid is any indication, you don't want to miss The Witness. Here's a fresh gallery of screenshots, too, and PC fans will be happy to notice that the trailer can be seen in 4K/60FPS.

The Witness Review – Life Is One Giant Puzzle