The Witness is “10x bigger than Braid”

The creator (Jonathan Blow) of the highly anticipated puzzle game The Witness, recently tweeted that he did a speed run through the game in its current state, and he figures it will be 10 times larger than his last game, Braid. The Witness' development has been ongoing since late 2008, following Blow's extremely successful release of Braid. 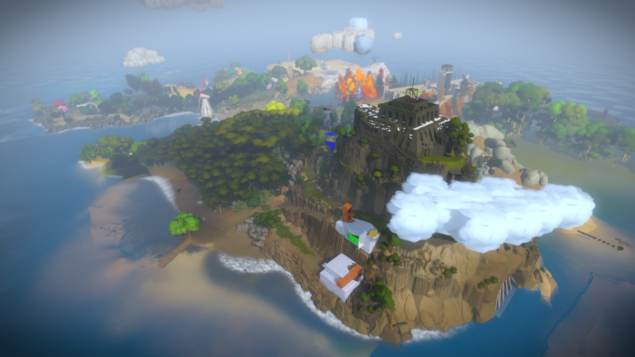 It takes 6 hours to speed run The Witness.

A few weeks ago the development team hit a major milestone where they officially completed implementing all of the puzzles into the game, and a few days ago Blow live-tweeted his speedrun and noted that it took roughly 380 minutes to reach 100 percent completion.

Recently Blow told Engadet that he's had a bit of a financial situation with the development of The Witness, and he's had to borrow "a bunch of money to finish The Witness," he noted that since the development started the game has at least tripled in size, from eight hours to 25-40 hours. Currently The Witness boasts 677 puzzles within 11 different puzzle areas.

"There's still plenty to work on, but the creative heavy lifting is done"

Seeing as the game has been in development since late 2008, there's obviously a few impatient fans that want the game right now, other people might think that another game, The Talos Principle will suffice for now. In regards to the similarity of The Witness and The Talos Principle, Blow stated:

"There are some similarities between The Witness and Talos Principle, but most of those similarities are on the surface. I think these two games are ultimately about very different subjects, and were made for very different reasons, and you feel the differences when you play. That said, it is likely that someone interested in one game may be interested in the other game."

Furthermore, Blow said "If there is such a thing as taking 'too long', we have probably already done that, 20 years from now, I am not going to care about whether we took an extra six months or a year in development, I am going to care about the quality of the game people got to play. It'd be a shame to sacrifice some of that quality just to squeak the game out a little sooner. Though I do sympathize with people who have been waiting a long time to play."

The Witness does not currently have a specific release date but it is expected to launch sometime this year on PlayStation 4, PC and iOS, the PlayStation 4 release is a timed exclusive, and it might very well find itself over to other consoles at a much later date. I must say that it does look quite enticing though, especially if you enjoy puzzle games.