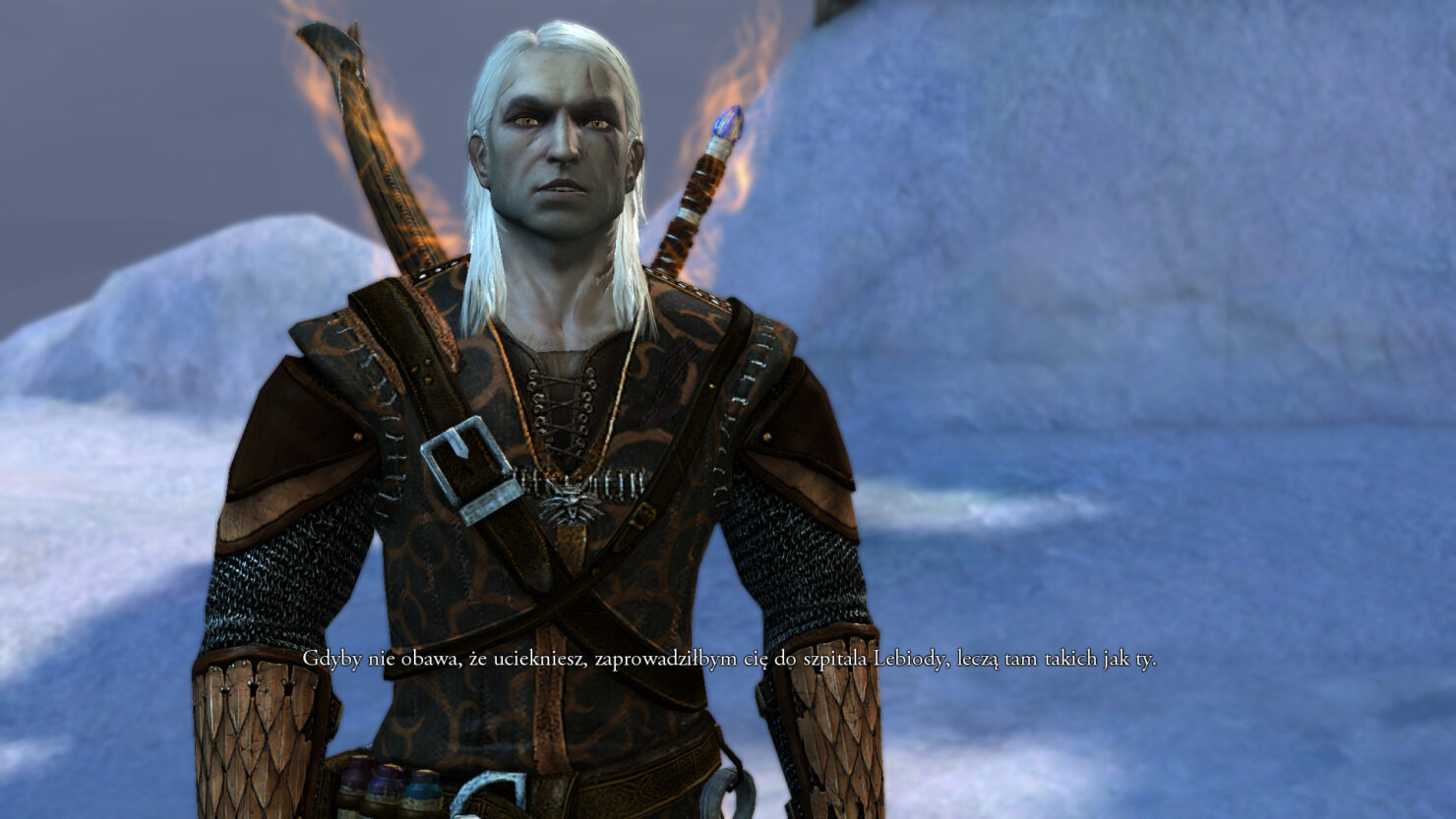 The original The Witcher looks somewhat dated, but things have been improved considerably thanks to mods which introduces a lot of graphics improvements. If you are not yet satisfied with how the game can look today, you definitely want to check out a recently released new texture pack.

The new The Witcher AI-enhanced HD texture pack introduces improvements for characters, monsters and animals. The improvements aren't exactly huge, but they are definitely noticeable. The mod uses textures and models available in the Rise of the White Wolf Enhanced Edition.

The Witcher Rise of the White Wolf Enhanced Edition is one of the most popular mods ever created for The Witcher. It introduces a new interface as well as additional content, new textures for main and seconday characters and more.

With great pleasure and honor we would like to present to you the fruit of over two years of our team's efforts. "The Witcher: Rise of the White Wolf", designed as a simple change of the interface, over time grew to the size of which anyone would not believe - many elements of the original game has been changed, turning it almost unrecognizable - more importantly, we have still keep a specific atmosphere of the game released in 2007 by the CD Projekt RED.

The Witcher is now available on PC. The game can be purchased on Steam and GOG.